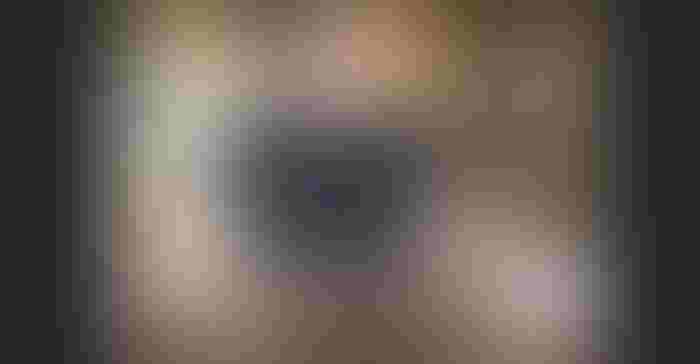 Jay and Heidi Retzer put a lot of spirit into their farm’s production. “From Seed to Spirit” is a slogan at Ledgerock Distillery, the value-added idea the Retzers have put into place with a line of vodka, gin, bourbon and corn whiskey.

They use all homegrown grains from their 470-acre farm south of Fond du Lac, Wis., and that’s a source of pride for Jay.

“We are one of just a few distilleries in the state that does every aspect of the process here on the farm, from growing the grains to distilling the alcohol into a salable product and then marketing it,” Jay says.

Jay, a University of Wisconsin-River Falls agronomy graduate, came home to Fond du Lac County to manage a large farm and later to work for a co-op before adding the distillery to his own farm operation. He and Heidi farm on part of the land he once managed. They consider the limestone-filtered water there “perfect for the distillation process, high in calcium and low in iron.”

With their son Bryce, the only full-time employee, working both in the distillery and on the farm when needed, and Heidi handling marketing and events planning, the Retzers opened Ledgerock Distillery in 2018 after doing three years of research and complying with a mountain of red tape.

Everyone in the family was a little nervous at startup, Jay acknowledges. Heidi also teaches at Campbellsport High School. She and Jay have two other sons, Hoyt and Brock, who help out. There’s also a part-time worker, and some farm labor is custom-contracted. Jay and Bryce are self-taught in the production of spirits, but note they were well-tutored by existing craft distilleries.

“What really got me looking was that value-added aspect,” Jay says. “We were looking for a way to add value to our farm. We thought this was a good fit for our family.” But then, he goes on, “You still have to sell; you still have to brand your product. It was very exciting when I saw how much value I could add.” The distillery has turned a small profit, but “we’ve got a ways to go,” he says with a smile.

Behind the added value, Jay is still a farmer. He plants corn, soybeans, winter wheat and alfalfa. It’s all raised no-till. Beans and alfalfa are sold. Two non-GMO yellow dent corn varieties and soft red winter wheat form the base for the distillery’s mash. It’s ground to a fine powder on the Retzers’ next-door farm. Some malt barley is purchased, and the three grains become the basic ingredients in Ledgerock recipes (called mash bills). It takes 25 bushels of grain, plus water, to make up a single batch of spirits, and that’s enough to fill 450 liter-size bottles.

“All of my mash bills have been developed by Bryce and myself over time,” Jay discloses. “There are federal requirements for each spirit. We start there and then tweak for the flavors we want to produce. Sometimes it works, and sometimes it doesn’t. I know what flavors I am searching for, but it takes a little time to tweak the mash bills and the equipment and the barrels to get us there. We are still experimenting quite a bit.

“Gin is 100% corn as far as the grain is concerned, and then we soak juniper as required by law, and I like citrus, so we also soak coriander and bitter orange peels to get our final flavor,” Jay says.

Vodka is 100% corn, with no flavor additives. Bourbon has to be at least 51% corn, and then most distillers use rye and malted barley in addition, Jay explains. “Since we typically grow soft red winter wheat on our farm, I decided I wanted to do wheated bourbons instead,” he says. “I started with a heavily wheated bourbon, which became our Farm Boy Bourbon: 57% corn, 30% wheat and 13% malted barley. We then decided to do a higher corn percentage bourbon, which became our Retzer Farm Bourbon: 80% corn, 10% wheat and 10% malted barley.

“Corn whiskey by law has to be 80% or more corn. We actually use 90% plus a small amount of wheat and barley in ours, and then age it in used bourbon barrels to start, and then re-barrel it into used rum or wine barrels to give us different finishes.”

Various cooperages supply the barrels. Bourbon must age in new, charred oak, while corn whiskey ages in used barrels. Aging depends on the product. Vodka and gin are ready in two to three weeks, while corn whiskey needs two years. Jay says he is releasing younger bourbon, but the goal is to age it longer.

Most of the Ledgerock process is not automated. Bottling and labeling are done by hand, and Jay and Bryce “hand manipulate” the older stills’ ingredients. A new still is fully automated.

Jay says Ledgerock spirits are in about 100 taverns and stores, handled through two distributors. There’s also a retail store in the front of the distillery, with windows allowing a full view of the inner workings. Tours are offered. Heidi plans weekend events to help draw crowds, and there’s outdoor seating. Advertising is through word of mouth, Facebook and a web presence, plus some radio spots.