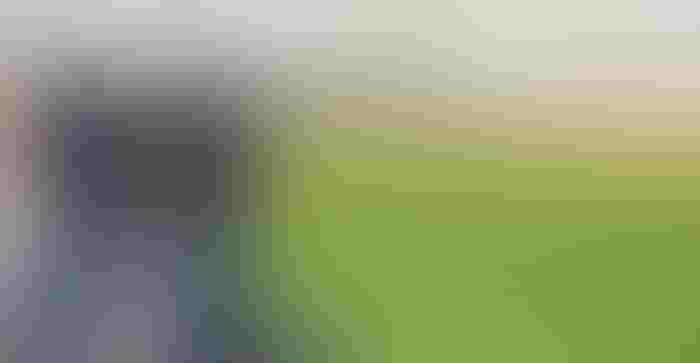 California and Arizona might have great conditions for producing salad greens, but those greens take a long truck ride to get to consumers in Ohio and other parts of the country. The inefficiency of those truck rides looked like an opportunity for Paul Lightfoot, CEO of BrightFarms Inc. He started the hydroponic company in 2011 to produce lettuce, salad greens and herbs in greenhouses located close to consumers. In August, the company began harvesting at its fourth greenhouse, located in Wilmington, Ohio. Other greenhouses previously went into production near Washington, D. C., Philadelphia and Chicago.

Abby Prior, vice president of marketing for BrightFarms, explains that Lightfoot started with a background in supply chain optimization and a passion for good food. He wanted to eliminate inefficiencies in the supply chain and produce food closer to where people live, so it would be fresher. Greens are more expensive to produce in hydroponic greenhouses than in fields, but growing near consumers cuts out distribution costs, helping make the locally grown greens competitive, says Prior. Distribution costs have increased tremendously for growers who are shipping cross-country, partly because of regulations that now require truckers to limit hours. Shortages of truck drivers are increasing shipping costs as well.

Local advantage
BrightFarms’ greens also have a competitive advantage because consumers prefer buying local products, adds Prior. The company isn’t aiming to disrupt farmers markets or existing local production, she stresses. Instead, BrightFarms is introducing more local foods in grocery stores. “We call ourselves commercial-scale local,” she explains. “The local food system is largely unequipped to go to supermarkets.” Smaller local producers haven’t been able to meet supermarket demand, because they don’t have the scale of production. Distribution logistics and food safety requirements can also be a barrier, she says.

The greenhouse in Wilmington covers about 3 acres, with two growing areas of about an acre each, plus room for packaging, utilities and office space. Brian Stephens, general manager for the Wilmington greenhouse, explains that the hydroponic growing system is designed for efficiency; it uses less land and water than an outdoor growing system to produce the same yield. The greenhouse even uses sunlight more efficiently. Hazed glass on the roof diffuses the light coming in, virtually eliminating shadows, he explains. The light reaches deeper into the canopy, so plants can capture more of its energy.

The production process starts with seeds planted into soilless growing medium that is packed in narrow channels in plastic foam rafts. Each raft is a couple of inches thick, about 2 feet wide and 3 feet long. Next, those rafts are stacked in a growing room, with temperature and humidity regulated to provide good conditions for germination.

Once the seeds sprout, the rafts are transferred into the hydroponic ponds. That’s an operation that takes some coordination, says Stephens. Rafts are started at one end of the ponds, and they travel from one end to the other as plants grow. Workers simultaneously remove mature crops from one end while other workers add new rafts at the other end, pushing along all the rafts in between. To keep the system running smoothly, each worker has to match the pace of everyone else, Stephens explains.

The BrightFarms greenhouse has two separate growing zones, so air temperature, humidity and supplemental lighting can be adjusted in each zone. Crops are grouped together in the zones based on their environmental requirements. Heating is provided by a natural gas boiler, with piping throughout the facility that does double duty as part of the structure. The greenhouse also has supplemental lighting that is used when days are short or skies are cloudy.

The greenhouse has nine ponds, each measuring about 300 feet by 50 feet. They’re built on top of leveled soil, with concrete sides and waterproof liners. Water in the ponds is about 18 inches deep, and temperatures vary depending on the crop, explains Nick Chaney, head grower at the Wilmington greenhouse. For instance, lettuce and spinach prefer colder water, while basil and arugula do better with warmer roots. Growing periods also vary by crop — basil takes 28 days, while kale takes 11.

Pesticide-free
The optimized growing conditions eliminate the need for pesticides, Chaney adds. The greenhouse protects crops from pests, and the quick production cycle doesn’t give pests time to become established.

A computerized water management system adjusts nutrient levels in the ponds based on recipes for each crop. Then the water is tested weekly to confirm that levels are where they should be, explains Chaney. He spends most of his time observing the crops and conditions within the greenhouse. “They say the best thing for a crop is the farmer’s shadow,” he explains.

The Wilmington greenhouse is growing nine crops, including spinach, kale, arugula, basil, beet greens, mustard greens, swiss chard and lettuces. BrightFarms is bringing consumers some innovative varieties and mixtures of greens, says Stephens. He’s particularly proud of Sunny Crunch, a hybrid of iceberg and green leaf lettuce that is rarely available in the U.S. It has the crunch of iceberg plus the flavor and nutrition density typical of darker greens. Other innovative products include Fresh Kick mustard greens, Happy Beet sweet beet tops — and Mighty Chard, a mix of swiss chard, spinach, kale and beet greens.

As they select varieties, the BrightFarms staff is able to focus on taste rather than shipping characteristics, Chaney points out. “That’s the big advantage of being local. We can choose our varieties for flavor and not have to worry about how well it travels.” BrightFarms also has the flexibility to adjust the crop mix quickly to respond to market demand, Stephens adds. “Within a month, we can change.”

Harvest innovations
When crops are ready for harvest, employees move the rafts from the ponds to a conveyor. Then the rafts move through a harvester that cuts along the top of the rafts, separating the greens from the roots, explains Chaney. “The harvester is essentially a band saw.”

From there, the rafts go to a cleaning area where the growing medium and roots are removed, and the rafts sterilized for reuse. The roots and growing medium are spread on nearby crop ground as a nutrient-rich soil amendment.

The harvested greens are cooled and packaged at the greenhouse and then shipped out in the farm’s fleet of trucks to area retailers and retail distributers. The farm harvests six days a week, and the greens typically land on store shelves within 24 hours of harvest.

The greenhouse location in Wilmington puts it within an easy drive of Cincinnati, Columbus and Dayton. The company is currently building its customer base and expects to serve a minimum of 300 stores from the Wilmington location, according to Prior. The company doesn’t have a specific mileage limit for shipping the greens, she says. “We go about as far as you’d want to go for a weekend trip away.”

Besides its location relative to Ohio population centers, Wilmington was attractive to BrightFarms because the community is welcoming to new business and has an available workforce, says Prior.

The area’s economy has been struggling since 2008, when international shipping company DHL closed its Wilmington hub, eliminating thousands of jobs. BrightFarms is providing 30 new jobs that provide living wages and health benefits.

“We love to bring year-round agriculture to places that are excited by that, and we found that in Wilmington,” Prior says.