With recent rains in some areas, there may not now be enough of certain nutrients in the ground for optimum yields. 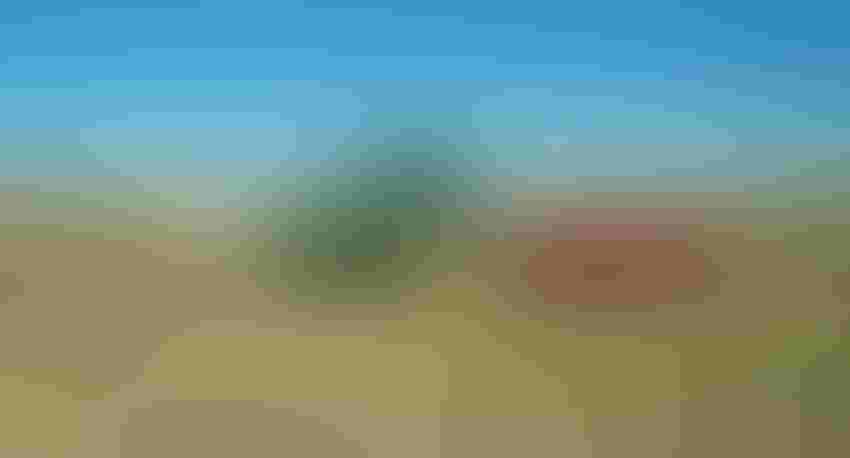 Fields across Montana may be under-fertilized if fertilizer rates were based on drought conditions, since snow and rain this spring increased potential yields in some areas, according to Clain Jones, a soil fertility specialist with Montana State University Extension.

Jones said that this year, producers may have fertilized less because of very high fertilizer costs combined with early-season drought. But, with recent rains in some areas, there may not now be enough of certain nutrients in the ground for optimum yields. While drought is still a significant concern in much of Montana, precipitation in April and May was average to above average in about two-thirds of the state. Notably, April to May precipitation ranged from more than 2 inches below normal in areas of north central Montana to more than 8 inches above normal in parts of south central Montana.

“There are a few factors that producers should consider when deciding whether to add additional fertilizer,” said Jones, who is also a professor in the MSU Department of Land Resources and Environmental Sciences. “The first consideration would be whether yield goal increased with spring precipitation. If yield goal increased more than about 8 bushels per acre, for most grain crops, additional nitrogen fertilizer might be worthwhile.”

A yield goal increase of 8 bushels per acre for winter wheat would be expected with 2 inches of additional precipitation and require another 20 pounds of nitrogen per acre, Jones said. Spring wheat would require somewhat more nitrogen.

Kent McVay, MSU Extension cropping systems specialist at the Southern Agricultural Research Center, has written a new MontGuide on determining yield potentials based on precipitation. It is available at store.msuextension.org/Products/Water-Productivity-of-Montana-Crops-MT202204AG__MT202204AG.aspx. Although the MontGuide is best used to estimate yields at the beginning of the season, the information can also be used to adjust yield potential for each inch of extra precipitation received early in the season.

A second consideration is whether nitrate levels from soil tests were used to determine the fertilizer nitrogen rate already applied, Jones said.

“In much of the state, soil nitrate levels are much higher than normal this year because drought-stricken crops couldn’t take up much nitrate in 2021. If nitrogen fertilization rates did not consider existing soil nitrate, there might be enough soil nitrate to carry a crop through even if yield potential increased.”

Jones suggested producers consider what equipment is available to apply additional fertilizer. Spreader trucks can apply urea, but may leave somewhat wide tracks in the field, and small grains will not recover if driven on after jointing. Cleaned-out herbicide sprayers are another option that flattens fewer plants; however, Jones recommends not applying more than 30 pounds of nitrogen per acre to growing plants due to the risk of leaf burn. Although it might seem that liquid nitrogen would be taken up through the leaf, most falls to the ground and needs rain to move it to plant roots, he said, and the chance of enough rain falling to move urea into the ground decreases dramatically into June. A final, and perhaps the best, option would be to use streamer bars that spray liquid nitrogen between rows, thereby minimizing burn, Jones said.

Jones noted that in-season applications are most effective for nutrients that move easily through the soil to roots, like nitrogen, sulfur and chloride. Phosphorus and potassium both stick to the soil, so they should not be applied in-season because there is a very low chance they will make it to the roots this growing season. Also, there is no good evidence that sufficient phosphorus and potassium get taken up through leaves, Jones said. Metal micronutrients applied to growing plants’ leaves can be effective, however, in large part because plants need very little of them.

Individuals may contact a crop adviser or local Extension agent for help making in-season fertilizer decisions. Questions about this or other soil fertility topics may also be directed to Jones at [email protected] or 406-994-6076 or may be addressed by visiting the MSU Extension soil fertility website at landresources.montana.edu/soilfertility/.

Source: Montana State University, which is solely responsible for the information provided and is wholly owned by the source. Informa Business Media and all its subsidiaries are not responsible for any of the content contained in this information asset.