We can learn about the future by studying the past, especially in the agriculture industry. 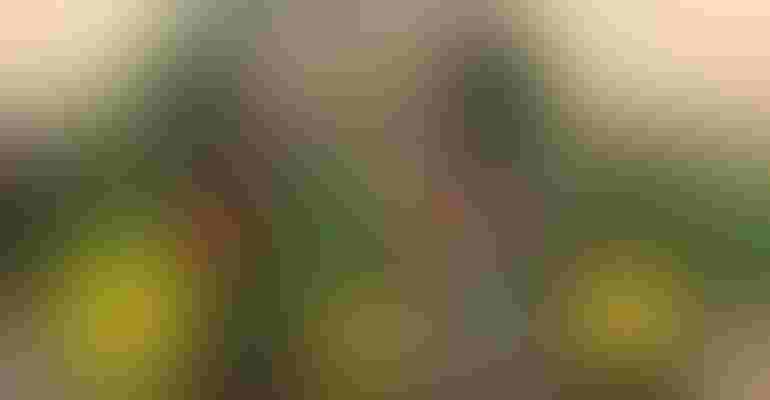 RELIVING HISTORY: The book “Tractor Wars” goes behind the scenes of a tumultuous time in the ag machinery business, not unlike today.Tom J. Bechman

My oldest daughter, Allison, knew giving me the book “Tractor Wars” was a safe bet. What she didn’t know was that reading it would leave me thinking about what the future of farming might be like.

“Tractor Wars” was written by Neil Dahlstrom, a historian with John Deere. Dahlstrom made those early days of tractors come alive, focusing on 1908 to 1928. Dozens of would-be tractor makers trotted out all kinds of contraptions, competing as much against the horse as each other.

The book delves into the careers of Henry Ford and Cyrus McCormick Jr. and, yes, reveals behind-the-scenes discussions that finally led to John Deere Co. purchasing the Waterloo Boy Co.

“Tractor Wars” is a fascinating read. Judging by what’s happening in the industry, parallels between tractors coming of age a century ago and the advent of robots and autonomous vehicles was obvious before I even finished the book. Here are some examples:

Abundance of players. Then: Inventors with aspirations to build tractor companies were everywhere. Many spilled over from those trying to build automobiles.

Now: Many startups experiment with robotics in agriculture, some producing autonomous vehicles. One advantage today vs. then is more capital. Money flowing from Silicon Valley and other places fills the coffers of multiple startups.

Main players. Then: Despite all the startups, building tractors eventually boiled down primarily to players already in the farm implement business building horse-drawn implements. Those included International Harvester, forerunner of Case IH; J.I. Case, although it was originally two companies; Oliver, starting with the Oliver Chilled Plow Works; and John Deere. Henry Ford was an exception. He didn’t make farm implements. But he revolutionized the auto industry with the Model T, and Ford felt he could do the same with tractors.

Now: Despite many startups venturing into robotics for ag, smart money is on the main players — Deere, Case IH, Agco and perhaps a few global brands — to build autonomous tractors and robotics for agriculture.

Divergent paths. Then: Part of John Deere’s problem was deciding what type of tractor to build. Most early tractors could plow, period. Some proposed a “general purpose” tractor, but many fought that idea. Still others thought a “motor cultivator” or power source incorporated into implements would win out.

Now: Two tracks are developing. Many startups are intent on building small machines that don’t compact the soil. They envision a whole fleet of robotic tractors in a field. They look nothing like a tractor. Others see a future where equipment is as big as today. However, tractors don’t have cabs because no one rides in them.

Acceptance. Then: Few people building tractors from 1908 to 1928 thought it would take decades and a second World War before farmers accepted the machines. Even though tractors had advantages, many farmers simply weren’t ready — financially, operationally or emotionally. Many simply didn’t want to give up horses.

Now: Is there anyone today who doesn’t want to give up the thrill of riding a tractor? You bet there is. The robotic age is coming to agriculture because on some level, it makes economic and practical sense. But it won’t come overnight, and it won’t happen without fits and starts, false starts, headaches and heartaches. If the early days of tractor development tell us anything, it’s that change of this magnitude takes time.