International Fertilizer Association worked with Systemiq to explore potential for reducing nitrogen released to the air. 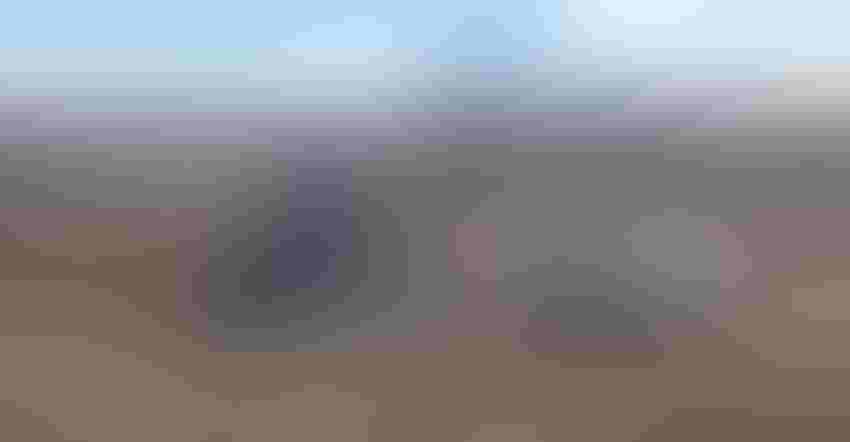 MANAGING N: Release of nitrous oxide from applying nitrogen on the farm is gaining greater attention. A new report shows that by adopting new practices, farmers could reduce emissions of this potent greenhouse gas as much as 70% by 2050. chas53/GettyImages

Nitrogen is a critical macronutrient for crop production. But its application to farm fields releases nitrous oxide, a highly volatile and potent greenhouse gas. And it’s a gas that’s getting greater attention as companies and regulators seek ways to curb emissions. A new report from the International Fertilizer Association and Systemiq offers recommendations to reduce emissions at the farm level.

The report, “Reducing Emissions From Fertilizer Use,” provides guidance to fertilizer companies, farmers and their advisers, and policymakers on cutting greenhouse gas emissions and meeting other environmental goals, while maintaining crop production to feed a growing global population.

It may appear counterintuitive for an industry to suggest ways to reduce the use of its products, but Rupert Simons, project director at Systemiq, says it was a natural next move for the industry.

“The impetus for the report came from the chair of IFA, Svein Tore Holsether, who’s the CEO of Yara,” Simons says. “He and the board together decided that, having already taken steps to address emissions from the production of fertilizer, we should really be looking at the emissions from the use of fertilizer in the field.” Earlier, fertilizer producer OCP of Morocco had initiated the idea of such a study for IFA. The two efforts came together, and the report is the result.

Systemiq was founded to drive achievement of the Paris Agreement and the Sustainable Development Goals. Learn more about the organization at systemiq.earth.

Systemiq became involved through its work with several companies, including the IFA board. The organization is also a founder and chief research partner to the Food and Land Use Coalition. FOLU is a group of organizations looking at ways to transform how food is produced and consumed, and at science-based approaches for land use, nature conservation and climate mitigation.

Achim Dobermann, IFA chief scientist, says concern about greenhouse gas emissions “is a high priority now in general. … Basically, what it means is the industry is going to be much more driven by sustainability needs as a business requirement, rather than just a bit of green-washing corporate social responsibility.”

He adds that this approach for industry is driven by investors, regulators and other stakeholders to make reducing emissions a high priority. But what can be done at the farm level to cut nitrous oxide emissions?

Fertilizer and the farm

The report details specific tactics and ideas for reducing nitrogen emissions. Simons notes that the focus is on nitrogen-use efficiency. NUE is getting more attention across the industry due to not only increased concerns over emissions, but also the rapid rise of nitrogen prices in the last few years.

The report, through detailed analysis across six regional cases, concludes that it would be possible to cut GHG emissions from nitrogen by 70% by 2050. The key would be boosting NUE to ensure the nitrogen applied goes into the crop and not the air.

U.S. farmers won’t be surprised that the opening recommendation for NUE is the 4R approach to fertilizer use — right source, right rate, right time and right place. A greater focus on this can have an impact if farmers also keep in mind that some practices do more to reduce emissions than others. For example, simply spreading urea on the ground and not working it in can release more nitrous oxide.

Another focus is to look at applying existing technologies as well as new ones — such as urease and nitrification inhibitors, and controlled-release fertilizers — to further reduce emissions.

The report also recommends planting more legume crops that fix their own nitrogen, rather than crops like corn that need more nitrogen. This recommendation would involve a wholesale change in cropping systems, and Simons notes that’s not something that would happen quickly.

The report is detailed; the executive summary alone is 14 pages. In it, farmers would find key areas to consider moving forward with their own nitrogen-use plans. In its work, Systemiq found a kind of “heterogeneity” in the response to actions that need to be taken, Simons says. Farmers around the world see the same issues with nitrogen use — whether for rice in China or corn in the Midwest.

“There is a significant upside to nitrogen-use efficiency,” he says. “I was in upstate New York in the Hudson Valley visiting a number of regenerative farms, and there’s significant consensus that reductions in emissions are possible.”

Dobermann and Simons agree, however, that the challenge is for the industry to move the needle: “What we really need to work on is straightforward ways of measuring and modeling these emission reductions,” Simons says.

With that information, farmers could benefit from credits for changing those fertilizer-use strategies. Access the report and a detailed executive summary on the International Fertilizer Association’s homepage at fertilizer.org.