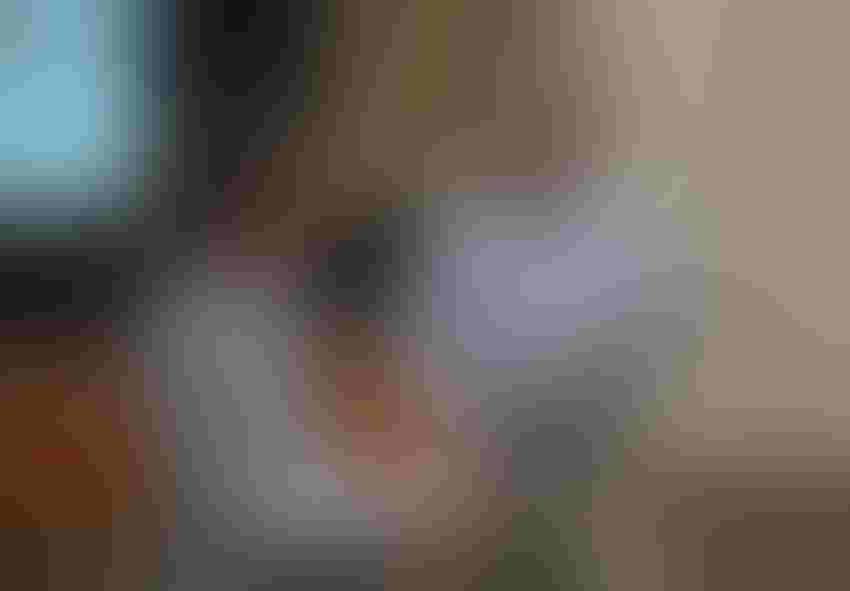 Travis Gannon doesn’t “want to paint the picture” that the use of glyphosate, or Roundup, herbicide will be banned for use in agriculture. But if it is no longer available, farmers can expect cost increases for other herbicides, increased use of other herbicides and less net farm income.

Speaking at the 71st annual Crop Protection School in Smithfield, N.C., on Dec. 4, Gannon, associate professor of pesticide fate and behavior at North Carolina State University, stressed that he expects the herbicide to remain available to farmers.

But glyphosate has received a great deal of attention lately due to lawsuits in California ,where juries have awarded damages to plaintiffs who claim exposure to the herbicide caused their non-Hodgkin’s lymphoma.

Gannon said the lawsuits are currently being appealed. However, more lawsuits are pending, and all of the litigation has brought a great deal of attention to glyphosate, particularly due to numerous commercials on television and radio from law firms urging sufferers of non-Hodgkin’s Lymphoma to call a toll-free number and join a lawsuit if they used Roundup. To date, more than 42,000 landowners, landscapers, homeowners and farmers have joined the class action lawsuit.

Gannon said most of the scrutiny has been surrounding the use of glyphosate on turf in municipal areas, with less attention focused on large scale production agriculture.

At issue is a 2015 finding by the International Association for Research on Cancer (IARC), a subsidiary of the World Health Organization, that released a study which found glyphosate to be a “2a possible carcinogen.”

Gannon said the IARC finding flies in the face of those by the U.S. EPA, European Food Safety Authority and other pesticide regulatory agencies worldwide that say glyphosate is not a cancer risk to humans at the levels which they are currently exposed.

Gannon said it is important to remember that the EPA and European Food Safety Authority both use a risk assessment of field relevant doses or field relevant concentrations of pesticide levels that people may be exposed to. IARC, on the other hand, uses a hazard assessment where a compound may be considered a probable carcinogen if there is any concentration that may cause a possible concern.

“IARC based their classification on correlation and trends so it’s not a causal relationship or cause and effect. Correlations can be useful in some situations, but in many cases, it can allow people to conclude unfounded or unsupported conclusions.That’s how IARC arrived at this classification. No pesticide regulatory authority in the world currently considers glyphosate  to be carcinogenic to humans at  field relevant doses,” Gannon said.

Gannon said the IARC finding is an outlier from all other findings by regulatory bodies that show glyphosate is safe when used according to the label.

“People will consume alcohol, expose themselves to the sun without protection and smoke cigarettes. They will do all this while they are concerned about a probable carcinogen according to one agency,” Gannon said, referring to the IARC finding on glyphosate.

It all boils down to a disconnect between science and public perception.

“Researchers and Extension personnel can distribute all the scientific information they want, but if people have a personal vendetta or agenda against pesticides, including glyphosate, then we are not going to change their minds,” Gannon said.

He also said the best way to mitigate risks associated with pesticide use is to always follow the label.

“Lay people don’t necessarily understand. They will assume the risk of jumping in a car and driving down the road, realizing there are risks involved. In traffic situations, you mitigate potential risks by obeying  traffic laws, following the signs, etc. With pesticides you mitigate risk by following the label,” Gannon said.