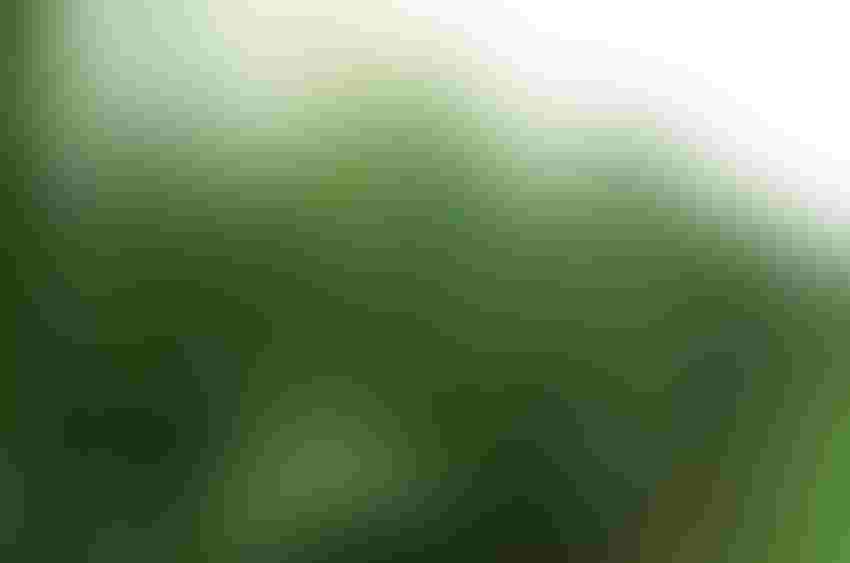 <p>Anuvia has a new process that turns a wide range of organic matter - or waste - into a higher-value slow-release fertilizer. While it has application in the golf, and turf, industries, the company is looking at traditional row-crop ag too.</p>

Sitting in a room with Hugh MacGillivray, executive vice president, marketing and business development, it was clear that a company startup presentation was about to begin. In a one-on-one briefing, he shared a look at his company's product and how it's made. The key is that what Farm Industry News was hearing was a totally new way to make a crop nutrient that offered a range of interesting benefits.

The company is Anuvia, and its founders have come up with a process that turns organic waste - from food waste to human waste - into a nutrient-dense, slow release formula that offers a range of potential crop and environmental benefits.

"We can take organic matter and through our process, create a slow release fertilizer that also has 16% organic matter," he says. "We're not just fertilizing the crop, but returning organic matter to the soil."

Before we go further, let's make it clear that though the word "organic" is used a lot because of the raw material used in the process, this is not an organic fertilizer. It does have a lot of positive properties however.

Breaking things down, building them up

When a company claims to be able to turn anything into a single, high quality product, the first observer reaction is skepticism. That's a big promise from such a wide array of sources. Anuvia tackles the challenge, and here's a quick look at how the process works.

Once broken down - and those acids bring along sulfur to the process - the material then moves to another reaction chamber where it is mixed with anhydrous ammonia. This brings in the nitrogen, where there's already sulfur and phosphorus.

One side-note, that second reaction chamber gives of a lot of heat, which Anuvia captures and uses back in the plant. "That reaction provides about 40% of the heat needed for plant processes," MacGillivray says. "That gives our plant a much lower carbon footprint than other facilities."

Interestingly, however, the material from that first reaction becomes a kind of scaffold - or matrix - for nutrients in the reaction, binding them into groups that bond together because the amino acids are charged coming from that first reaction. Not all the nutrients are bound, but more than 35% are caught up in this kind of matrix structure. When in the soil this creates a slow-release process to provide longer-term benefit from the finished product. The "free" nutrients are immediately available to the crop, while the "bound" nutrients are released over time.

Anuvia calls the structure an Organic Matrx - which is a brand name for the matrix on which nutrients collect. The company brands are all a play on the word matrix without the "i".

"That's the most significant feature of this product, that slow-release system," MacGillivray says. "It's a more natural way to deliver nutrients to the crop and provides farmers a longer-lasting benefit."

He notes that the company achieves the slow-release approach without added coatings or polymers, which is the way slow-release technology currently works. The nature of this organic process creates slow-release results naturally. The finished product itself is a dry product of consistent, hard granules for consistent application.

Anuvia has its first product under production for the golf and turf industry. It has, however, also been testing a product for agriculture at several universities. Second-year trials are under way, but in some crops there have been some dramatic results.

McGillivray points to work in Arkansas on rice showing a considerable yield improvement. A second year of tests are underway there to verify the results. Tests are also underway at several other land-grant schools in the Midwest too.

The company's first plant is in Zellwood, Fla., just north of Orlando, where there's a confluence of organic material, transportation and a market - especially for the golf and turf product. The company is looking at other potential sites for building facilities for the future.

This is a startup, but with one plant already in production, it looks to grow its business. Siting factories is an important task because at the end of the day, trucking costs can overcome profit in the fertilizer business. "We have to be close to the markets we're going to serve," MacGillivray notes.

Usually these new products get focused on higher value crops - like vegetables and fruits - where the cost/benefit analysis is often more favorable for the market. However, MacGillivray explains that given the sulfur component of Symtrx, even farmers in corn country could get a boost. "We offer that added sulfur component and sulfur deficiency is a concern for corn," he adds.

Symtrx is a 16-8-0-16S fertilizer that you would use in combination with your urea or other dry product (note it has no potassium). As Anuvia expands into more markets, McGillivray sees this as an added-value product with the time-release potential and the sulfur, which makes it a good addition for corn fertility, as an example.

This is an advance look at a fledgling technology that is aiming for broader use and distribution. The use of organic matter as a feedstock combined with its slow-release formulation, offers solid potential for the future. You can learn more about the company at anuviaplantnutrients.com. Take a look at the Anuvia-produced video below for a better look at their process.