Ideally, cover crop termination should be delayed until warmer conditions. If delaying termination isn't an option, here are a few steps to minimize risk. 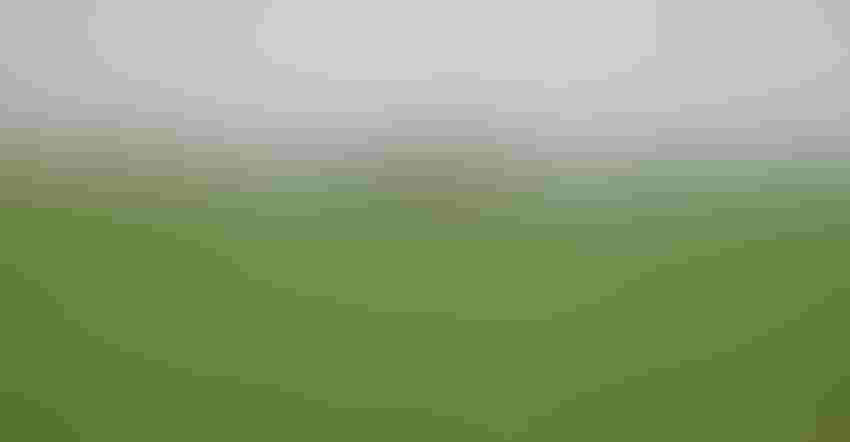 Current cool temperatures increase the risk of failures in terminating cover crops. While cereal rye continues to grow during these conditions, activity of herbicides is reduced.

Translocation of glyphosate to growing points is reduced under cool temperatures, slowing activity and increasing the potential for control failures. It is generally recommended to avoid applications when nighttime temperatures fall below 40 degrees F, and temperatures at application should preferably be at least in the mid-50s with clear skies. Based on current forecasts, herbicide applications to terminate in many areas of Iowa should be delayed until more favorable conditions exist.

In situations where termination cannot be delayed, the following steps can reduce the risk of control failures:

Successful termination of cover crops is critical due to their competitiveness with crops. Under ideal conditions, the effectiveness of glyphosate allows considerable flexibility in application parameters. However, with current cool conditions make appropriate modifications to maximize the likelihood of success.

In situations where there is significant survival, delay follow-up treatments until new growth is present. That delay may be more than one to two weeks during cool conditions. By the appropriate time for retreatment, temperatures should be favorable for better herbicidal activity.

Hartzler is an Iowa State University professor of agronomy and an Extension weed specialist.

Source: ISU Integrated Crop Management News, which is responsible for the information provided and is wholly owned by the source. Informa Business Media and its subsidiaries aren't responsible for any of the content contained in this information asset.