&bull; Cotton acreage is down in 2012, but cotton production, based on yield per acre, should be up in most Southeast states.&bull; Soybean acreage will be up significantly and yields in all states other than Virginia are projected to increase from last year.&bull; Peanut production is up across the board in the Southeast and most states are reporting good to excellent crop production so far this year.&bull; Corn harvest in nearly done across much of the Southeast and early season drought may keep yields down some, but most growers report a good crop. 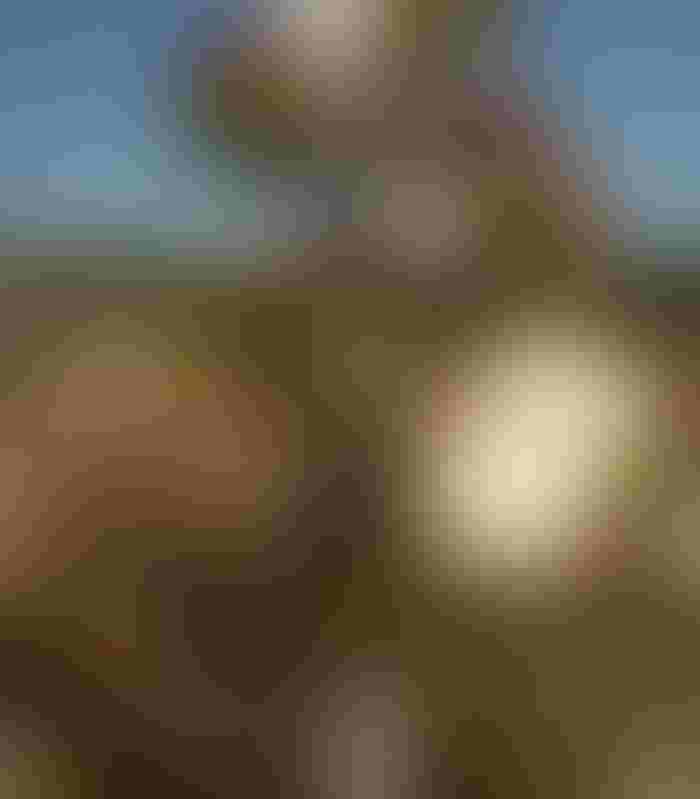 While much of the U.S. baked in record setting heat and crops struggled with both heat and drought, most of the Southeast, other than much of Virginia, benefitted from near ideal growing conditions from late May until September, resulting in high expectations for crops this fall.

Moderate drought conditions plagued parts of southeastern Alabama through much of the growing season, but rainfall throughout much of the state has left crops in good shape for the fall harvest season.

Jimmy Jones, with the Alabama Cooperative Extension System in southwest Alabama says that part of the state could benefit from projected rain from Hurricane Isaac to finish out cotton and peanut crops.

Much of the state is in the projected band of 6-9 inches of rain from Hurricane Isaac, which could cause a problem with early maturing cotton statewide and with the end of corn harvest in Alabama.

According to Extension sources in Marion and Winston counties in northwest Alabama, corn yields have been running in the 90 bushel per acre range for early planted fields and are projected to be  higher in mid- to late-maturing fields.

Manyproducers are harvesting the second cuttings of hay a few days early to prevent damage by armyworms.

Henry Dorough, a regional Extension agent in north Alabama says forages have improved considerably as a result of recent rainfall. However, widespread multi-generation armyworm infestations in many fields throughout north Alabama are forcing producers to intervene by harvesting hay early or spraying insecticides.

Though a small band in central Florida and the Panhandle benefitted from an early season tropical storm and then Tropical Storm Isaac dropped more rain on central and southern Florida, most of the state is dryer than normal. Despite the moderate drought conditions, most of the crops in the Panhandle and down into central Florida are in good shape.

Florida will once again have a large peanut crop, with a moderate increase in acreage from last year. Most of the crop is in good to excellent condition.

Scattered reports of heavier than usual outbreaks of white mold have been reported in some areas that have had frequent rainfall over the past few weeks.

Overall, nearly 75 percent of the Florida Peanut Belt reports above average rainfall for the growing season.

The Florida Department of Agriculture reports condition of pastures ranged from very poor to excellent, with most in good condition. Recent rainfall improved pasture conditions but some flooding now exists from Tropical Storm Isaac.

In the northern areas, pasture conditions were mostly good with some pastures in poor condition due to flooding.

Rain from Hurricane Isaac is expected to alleviate moderate to severe drought conditions that still exist in a relatively small band of counties from the Alabama line to near Macon in central Georgia. Other than that one belt, much of Georgia has received ample rainfall for crop development.

Warm days and frequent rain showers have resulted in an increase in white mold and early leaf spot pressure is building in Georgia’s peanut crop.

Soybean rust has now made its way throughout much of the state and growers are finding more and more of the disease in commercial soybean fields. Again, wind and rain associated with Hurricane Isaac are likely to move disease spores around and create a good environment for the disease to develop.

Target spot (Corynespora leaf spot) is causing sporadic problems in parts of southeast Georgia. Extension specialists report fungicides are working well, but in too many cases growers are not properly identifying the disease and are spraying in fields that don’t need to be sprayed for target spot.

Only a few spots in the state are reporting abnormally dry conditions and none are categorized as being in a drought. Virtually all crops are poised for increased production over last year and cotton, peanuts and soybeans are poised for really good crops.

North Carolina soybean growers will harvest a near record crop of soybeans later this summer and fall and production records could be set as well. Exactly how many acres of beans will be harvested is uncertain, clearly more than early crop planting surveys indicate.

Much of the soybean crop is nearing or past the bloom stage and pod set appears to be heavy across the state. Late-season insect and disease problems appear to be the only hurdles left to clear for most growers.

With the value of this year’s crop so high, growers are being pushed by Extension and industry leaders to carefully scout their fields for insects and disease problems.

North Carolina State Extension Entomologist Jack Bacheler says, “In many soybean fields, especially late-planted fields following wheat, both podworms and stink bugs may be just warming up. Add in soybean loopers in places — not to be confused with the more harmless green clover worms — and you can get some serious defoliation.

“The last week in August and first two or three weeks in September can be a period for moderate to high potential stink bug and caterpillar damage in late fields.”

Though down in acres, the 2012 cotton crop in North Carolina looks outstanding. Keeping late season cotton insects and diseases at bay will be a determining factor in final cotton yield and quality.

The state will be spared much impact from Hurricane Isaac and long-range weather forecasts call for mild, dry weather in much of the state.

Current wet weather has caused an early harvest season for tobacco and sweet potatoes. Reports are that many tobacco barns are maxed out for space. Early reports of sweet potatoes in North Carolina indicate a higher than average yield and quality for this year’s crop.

Perhaps Dillon, S.C. grower Cullen Bryant says it best, “We’ve had good, not excellent, but good rainfall all season and our crops look good.” Much the same could be said for most of the crops in most areas of South Carolina.

By September half to two-thirds of what is being called a record corn crop will be harvested.

Farmers in South Carolina are in need of some dry weather to complete corn harvest and to get into fields to take care of disease, weed and insect problems in soybeans, cotton and other row crops.

Clemson University Peanut Specialist Scott Monfort says the peanut crop appears to be in excellent shape and growers are anticipating a big crop on top of a record number of acres planted. The latest crop update indicates more than 75 percent of the crop is in good to excellent conditions.

Soybeans are significantly behind past years, but that may be a good thing, based on predicted weather patterns that indicate near ideal conditions for final pod set and maturation.

Growers are having similar problems with target spot as are growers in other areas of the Southeast. Scouting and proper treatment have proven to take of the problem, but growers are urged to scout their fields or have them professionally scouted to properly identify the disease and its threat to cotton yield and quality.

Though parts of Virginia escaped the wrath of the drought that plagued much of the country, the northern half of the state has areas in which the drought was worse than the 2010 drought, which significantly lowered row crop yields across the board.

Peanut producers expect to harvest 20,000 acres, a 4,000 acre increase from the previous year. Yield is forecast at 3,300 pounds per acre, down 500 pounds from last year. Resulting production will be 66.0 million pounds, up nine percent from 2011’s production.

Tobacco is one of the few row crops in the state expecting an increase in production over last year, though that’s only for flue-cured tobacco. Flue tobacco producers currently expect yields to average 2,300 pounds, up 70 pounds from 2011.

Burley tobacco yields are expected to average 1,700 pounds, down 200 pounds from last year. Production is expected to total 4.6 million pounds, up 21 percent from 2011. Producers expect to harvest 2,700 acres, up 700 acres from the previous year.