University of Georgia research is looking at using a heavy rye cover crop to suppress glyphosate-resistant pigweed.Results show that growers can achieve high yields when using a heavy cover, yields that are consistent with conventional production methods.&nbsp; 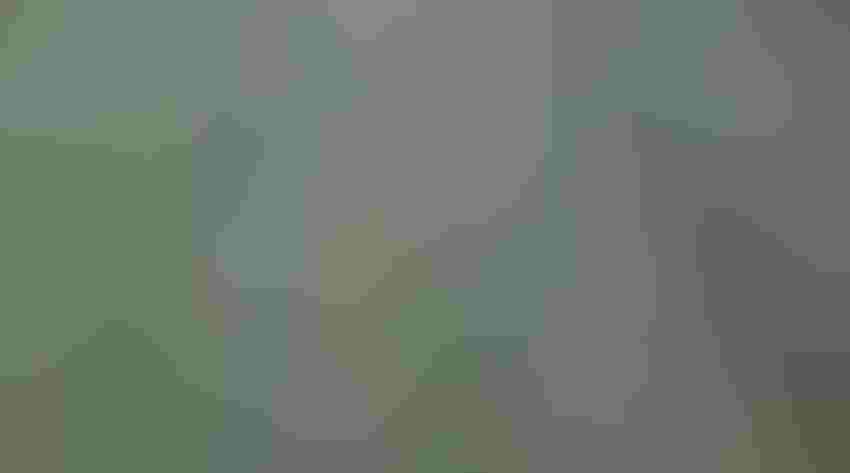 Glyphosate-resistant Palmer amaranth pigweed confounds growers and researchers alike with its persistence and vigor, but progress is being made in finding ways to economically suppress this yield-robbing pest in cotton.

“If you let Palmer amaranth get away from you, it can be a hopeless situation, sometimes making fields not harvestable,” says Shurley, who has been working with other researchers for the past two years in looking at the possibility of using a heavy rye cover as a possible solution to the pigweed problem.

“We’re looking at growing a tall rye cover crop – about 7 to 8 feet tall – and we’re going through it with a roller, laying it down. You can also spray and burn it down as you’re rolling it down, so you’re doing a burndown treatment as well. You’ll plant in the same direction that you’re doing the rolling,” says Shurley

Then they go in, open up a strip, and plant into the heavy cover, he explains, subsoiling in the same operation. “Then, we plant directly into that heavy cover, in the same direction in which the rye was laid down.”

Another alternative, he says, is that while the rye is still small, you could go through it with a hooded sprayer and kill off a 12-inch strip where you want to plant.

“In the tests in which I’ve been involved, we had 12-inch areas in the drill plugged up so that we didn’t put any rye in there. In the rows where you’re going to plant your cotton, you’ll create a rye-free zone. You’ll still roll it, but you’ll have rye-free zones in the field,” he says.

In this particular study, there were seven locations over a two-year period. These are large, on-farm plots, with four replications of each, planted in Roundup Ready Flex varieties.

“We had the solid rye, the 12-inch strip, and with the herbicides still being broadcast in the latter situation. In the third option, we had the rye-free zone but the preplant incorporated and the preemergence herbicides were banded, putting them down only over the row in the rye-free zone. The fourth and final treatment was conventional strip-till cotton.”

Each of the three rye treatments received roughly the same herbicide treatments, he says.

Worth it? Yields not significantly different

Looking at yield comparisons in 2012, the conventional strip-till system had significantly lower yields than other systems, says Shurley. In the Berrien County, Ga., location, the banded herbicide and the no-rye system were significantly lower in yield. However, for the most part, yields were not significantly different regardless of the treatment, he says.

The herbicide programs differed slightly in quantities, but the regime – including what was used and when it was used – was pretty much the same with the exception of the banded herbicides, he adds.

“We had a burndown treatment, followed with pre-emergence, then two postemergence applications – one early and one later – and then a directed spray application at layby. It’s pretty much the same across the board.”

“All three of the herbicides in the rye programs were cheaper than our conventional way of doing things in our conventional strip-till program. If the objective of this heavy rye cover crop, in addition to controlling Palmer amaranth pigweed, is to lower the cost of herbicides, then this program did that. It was cheaper in terms of herbicide costs to go with the heavy cover crop, and saved even more money by having the rye-free zones, and even more by banding the preplant incorporated and preemergence herbicides over the rye-free zone area.”

“In addition to herbicide costs, you’ve got costs associated with the cover crop itself and with nitrogen applied to both rye and cotton. You’ve also got application costs which include planting the rye. You’ve got time, fuel and money costs of running over the field in each treatment, and it’s quite a bit higher in the cover crop system than in the conventional strip-till system. We only looked at the costs that will directly be influenced by the system being used – all other costs are the same. Total costs ranged from under $100 with our conventional strip-till system to almost $180 with our full rye system, with yields being different. Yields favored the conventional strip-till production," he said.

Shurley says he considers it a positive that there was no difference in yields in the system. “You might think that’s a negative, but I think it’s a positive. This means that even under this heavy cover system, and with the problems you think it might generate with planting into the stands, there was no difference in the yields. It’s another way of saying that you can achieve yields consistent with regular production with heavy cover crops, and that’s a positive.”

The highest net return was achieved with the traditional strip-till production, he says. However, the cover crop system was less expensive when it came to herbicide costs, he adds.

“So we were able to save some chemical costs with the heavy cover crop. But, that savings was offset by those other costs associated with the cover crop itself, with the additional nitrogen applied and with the application costs.