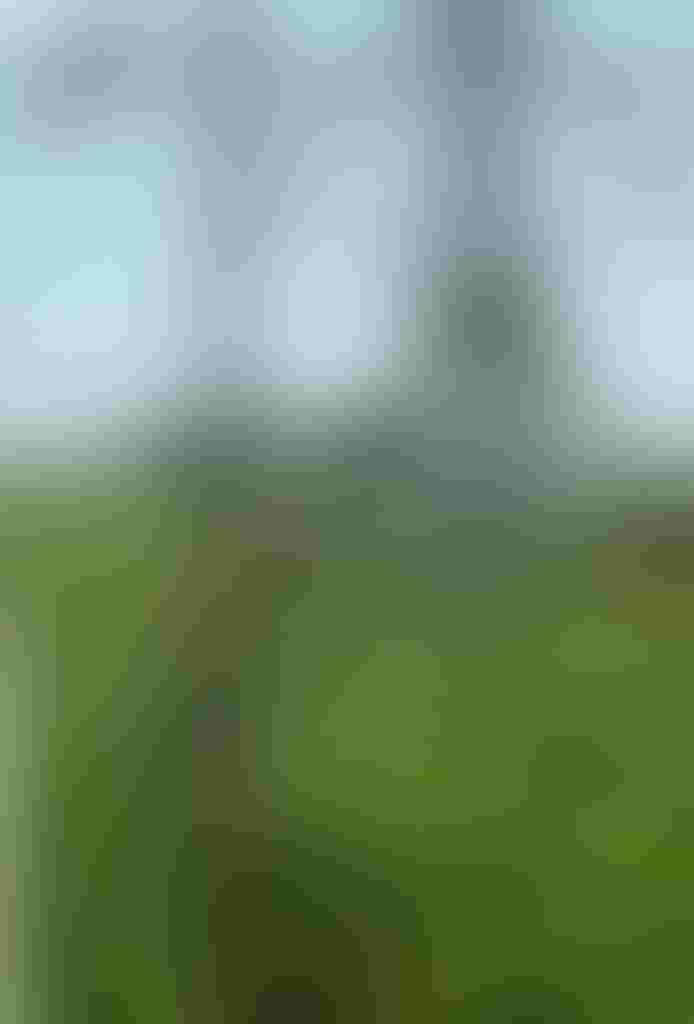 Dr. Gaylon Morgan, Texas A&M AgriLife Extension Service state cotton specialist in College Station, said cotton planting in his region was delayed by heavy rains, which prevented farmers from accessing fields. Soils were still saturated when cotton was planted, and some bottomlands were drowned out or washed away.

Morgan said farmers replanted some acreage in May before the final planting window for cotton closed for the Brazos and Blackland areas. Replants fared from fair to good, but too much rain during early plant development could be detrimental to plants, especially if arid conditions persist.

Heavily saturated soils in the spring depleted oxygen levels, which inhibited strong root development, Morgan said. A high moisture index can also trick plants into maintaining a shallow root system at that stage of development because plants expect conditions to remain the same.

“Our earlier planted cotton is flowering, and these plants are past the point where they dedicate much energy toward new root development. They’re putting all their energy toward making flowers and bolls,” Morgan said. “So you’ve got shallow root systems that didn’t have a prolific growth period and now you have hot days that can dry out the first few inches of soil quickly.”

Morgan said producers with irrigation have been watering. But less than 10 percent of the Blackland’s cotton crop is irrigated.

Despite concerns for some producers and many acres being left unplanted or replanted due to excessive April and May rains, overall row crops in southern portions of the state are much better off than last year, he said.

“Last year about 500,000 acres of cotton weren’t planted in South and East Texas because it was too wet,” he said. “But overall the transition from very wet to very dry is the concern now. The cotton crop here has a lot of potential, it just needs rain.”

Dr. Calvin Trostle, AgriLife Extension agronomist in Lubbock, said a small portion of crops in the Panhandle will require replanting due to failure from weather damages or poor growing conditions. Grain sorghum is often a common replant crop, but the window for planting is closing the further north in the High Plains one goes.

Trostle said mild spring temperatures delayed cotton plantings in parts of the region, and many producers were still considering alternative crops after the window to plant closed on most seed crops due to maturity concerns. Short-season cotton varieties could be an option for replanting or late planting, but cotton colleagues note the region is well past any comfortable replanting with cotton.

Hail, wind and blowing sand damage on West Texas cotton are frequently heavy in May and June, up to 400,000 acres in some years, or about 10 percent of the total crop, Trostle said. AgriLife Extension cotton staff note that damaged cotton must be evaluated for health and stand before being terminated.

“It’s nothing out of the ordinary,” Trostle said. “It’s on a case-by-case basis here. There was some hail damage, and conditions may have prevented fields from emerging, but I think flooding was blown out of proportion. We did have a gulley washer, but it was mostly concentrated in the metro-Lubbock area, which got a lot of media attention but I don’t think it affected rural, agricultural land that much.”

Trostle said sunflowers may be a replant consideration for some producers. Sunflowers can be planted through early to mid-July.