Dr. Charles Allen, associate department head for Extension entomology programs within the Department of Entomology at Texas A&M, is the Plains Cotton Growers first ever “Service to Cotton” award winner for 2017. 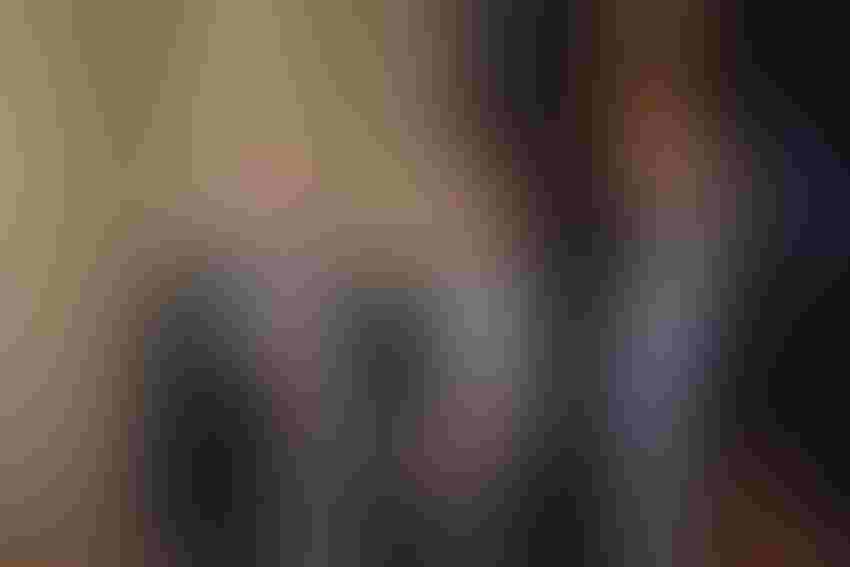 Dr. Charles Allen is the Plains Cotton Growers first ever “Service to Cotton” award winner for 2017.

“The award typically alternates between an Extension Agent – Agriculture, or Extension Agent – Integrated Pest Management,” Nusser said, in explaining a change in the award criteria. “After talking it over with the folks at PCG, we thought we would do something a little bit different this year and present the first ever Plains Cotton Growers “Service to Cotton” award to recognize an individual who has made a significant contribution to the cotton industry on the High Plains of Texas and, coincidentally, to the Texas AgriLife Extension Service. “

Nusser said Allen’s influence “stretches much farther than the boundaries of the High Plains – touching not just the cotton industry, but all the agricultural crops produced in this state and even the lives of Texans in the urban centers of Dallas/Fort Worth, Houston, San Antonio and Austin."

Allen earned both BS and MS degrees in entomology from Texas Tech University before earning a PhD, also in entomology, from Louisiana State University in 1980. “Since that time, he has literally done it all from an Extension standpoint, beginning in 1981 as an area entomologist in Weslaco, Texas. In 1983, he transferred to Fort Stockton in a similar position he held for 13 years.”

In 1996, Allen moved to Monticello, Arkansas, to assume duties as an entomologist for the Arkansas Cooperative Extension Service, where he ended his service in 2000 as a full professor. In 2000, he returned to Texas to become Program Director for the Texas Boll Weevil Eradication Foundation, and spent the next ten years shepherding the Texas cotton industry through the early years of one of the most successful and significant endeavors that industry has ever seen.

“Thanks to his efforts, much of Texas is now boll weevil free,” Nusser said, “and the Texas Boll Weevil Eradication Foundation continues to build on the success he helped achieve as it works to clean up the last strongholds of the most destructive pest cotton has ever known.” Nusser adds that the final push to rid the state of the boll weevils is taking place in South Texas, where Allen began his Extension career.

After a decade with the Boll Weevil Eradication Program, Allen returned to Extension as a professor and Extension specialist before becoming statewide IPM Coordinator in 2009, where he served a diverse clientele—including frontline support that agricultural producers rely on every day, but also urban Texans through IPM training for Texas schools and various programs to educate urban residents and municipalities about insects and how to control them within an urban landscape.

“As the leader of one of the largest and most diverse state IPM programs in the country, Allen has helped guide the program through a renaissance of sorts. Today’s Texas IPM program is at full strength from a personnel standpoint, staffed at every level by a strong corps of capable and eager IPM agents that are ready to work with growers to provide timely advice and scouting services, help them maximize efficiency and be successful in their operations.”

Allen assumed his current role in 2016, and works closely with the new statewide IPM coordinator, as well as other faculty to oversee the Extension side of the Department of Entomology in College Station.

In accepting the award, Allen praised the work of the Texas A&M Integrated Pest Management Program staff, and said the program is “the best in the country, bar none.”

“Through 2016, IPM has provided $3.3 billion in benefits to Texas farmers,” Nusser said.