&bull; With few exceptions, the 2012 crop in the Southeast will be the most valuable crop to buy and the most expensive crop to produce on record.&nbsp; 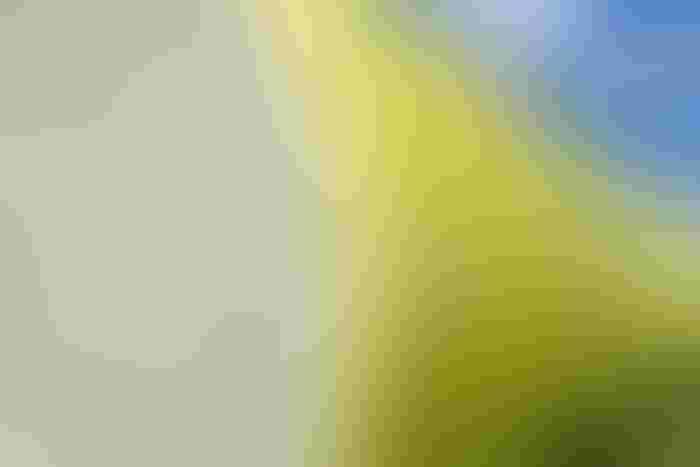 <p> COTTON ACRES are down, and prices are not great, but the Southeast should produce a good crop this year.</p>

The 2012 growing season will go down as one of nearly ideal growing conditions for some crops in some parts of the Southeast and good across the region.

In other parts of the country, heat and drought has come in historically bad proportions.

With few exceptions, the 2012 crop in the Southeast will be the most valuable crop to buy and the most expensive crop to produce on record. When final totals are reported, yields won’t likely contribute much toward making this year’s crop more or less valuable or expensive to grow.

Grain crops, fiber crops and root crops will all have good yields, but not high yields, and certainly not record yields — not in most crops in most places in the Southeast. Likewise pest management problems seem to be about normal for the 2012 crop. The rise in input costs and crop value, and the subsequent drive by farmers to get every bushel or pound of yield possible will determine the cost and value of this year’s crop.

Corn yields will likely be up across the Southeast, but not significantly. The mild winter and spring influenced some to plant early, and those acres will likely hold the total yield down. Those who planted corn on time, or even a week or two later than usual, will likely see yields up slightly.

Soybeans behind wheat will likely hold their own with conventional soybeans this year in terms of overall yield in the region. Clearly, later-planted beans will yield better than early planted soybeans, because of more optimum growing conditions across the region during peak production time.

Again, across-the-board, there won’t likely be any significant yield increase or decrease from the 10-year average for soybeans across the region.

Wheat would have been an exception, but the extraordinary warm winter in the primary wheat production areas of the Southeast, combined with a couple of badly timed freezes held yields down, in most cases below last year’s totals. However, large acreage increases pushed total production up significantly.

Peanut growers in Georgia, Florida, Alabama and South Carolina alone will produce the expected demand for peanuts this year, unless some late season catastrophe hits. Over-supply will likely once again push prices down for the 2013 crop.

Surprisingly, the biggest winners may be farmers who grew low input grain sorghum for 95 percent of the price of corn. Though there wasn’t a large acreage, likely 100,000 acres or so in the Southeast, some contend milo was more valuable than corn in a dryland comparison in 2012.

Corn growers clearly will do well. Dryland corn in the 80-90 bushel per acre range was common across much of the Southeast and that means profit.

Double-cropped soybeans behind 70-80 bushel per acre wheat will no doubt produce the highest dollar revenues, but profitability will depend on a number of variables.

Total dollars generated by 70 bushel per acre wheat, followed by 30-40 bushel per acre beans will push per acre income and more importantly per acre profit above most any single-season crop. Many growers will likely produce significantly higher yields of both crops.

Two bale cotton, even for growers who were able to market half of their crop in the 90 cent per pound range and half at 70 cents a pound will only pull $800 or so per acre. Two bale per acre cotton will be hard to come by in most of the Southeast this year as will averaging 80 cents a pound for the crop.

The peanut crop should be good, with Southeast and Virginia-Carolina belts combined likely to average in the 3,500-3,800 pound range. The scary part of the peanut equation is that reportedly about half the crop in Georgia was grown without a contract.

If so, that could leave plenty of growers holding peanuts valued at considerably less than the $700 per ton contract prices offered to some growers.

Nationwide, some contend corn will be the overall big winner, despite the horrendous heat and drought problems faced by growers in the Midwest this year.

As one Nebraska grower so aptly put it, “Corn dies really well out here.”

According to recent USDA information, the price of corn has jumped by 50 percent from mid-September last year, which some say will more than make-up for yield losses attributed to the record heat and drought.

The USDA has projected that output will fall only about 15 percent from 2011, which is not a drastic enough decline to offset the growth from the price gains. As such, the heightened price of corn will help America’s corn farmers.

IBISWorld, which claims to be the largest producer of industry information in the world, projects that the risk score for the Corn Farming Industry (IBISWorld report 11115) will decline from 5.34 in 2012 to 4.07 in 2013 as the price of corn increases.

The same reports says, “Higher corn prices will increase the demand for soybeans, causing these farmers to either plant more crops or sell their existing product at higher prices. This translates to higher revenue and a lower risk score for the soybean farming industry.

In 2013, the overall risk score for soybean growers is expected to come down from 3.97 to 3.56 due to the rising price of corn.

In fact, corn use in the food industry will likely suffer more from high corn prices than will livestock production. The biggest single loser may be the $3.5 billion tortilla industry, which depends on corn for virtually all its basic ingredient for tortilla chips.

Other corn-based products in the food chain will also likely suffer greatly from what is projected to be an extended period of high corn prices.

Corn may have in fact fared too well in the overall 2012 agriculture industry, because a number of politicians have gotten involved by petitioning the Federal Government to temporarily, or permanently, suspend federal incentives for ethanol production.

Few actively involved in producing either livestock or grain crops think neither government involvement, nor suspension of the Federal Fuels Act is a good way to help livestock producers weather the storm of high grain prices.

In the long-run, losing both of their primary customers — livestock producers and ethanol producers — could be a real bad thing for corn growers.

It’s hard to know what impact record high prices for grain and near record prices for peanuts and other crops will have on other crops, like cotton, that are trying to compete for acreage.

Next spring, the battle for acres in the Southeast will likely be fierce and the input prices to grow these in demand and high prices crops will likely continue to climb.

Prices for equipment has climbed significantly over the past few years, but in return growers have benefitted from technological advances that decreased labor demands and likely helped overall profitability across the region.

Despite notable advances in seed technology, which offer the opportunity for higher yields, the average yield in some crops, corn for example, has been on a slow decline in the Southeast. Cost for high tech seed clearly has not declined.

Some growers, who are making double passes in their fields with herbicides and insecticides, are looking closely at conventional cotton seed, which sell for $300-400 per bag less than some high-tech cotton seed.

Despite dodging the brunt of record breaking heat and drought in 2012, growers in the Southeast won’t be able to dodge the economic and political fallout of much-publicized crop failures in the Midwest.

And, the high cost of production is likely to play a key role in the acreage breakdown for the 2013 crop.