Corn Illustrated: September weather will be important to a big chunk of corn acres. 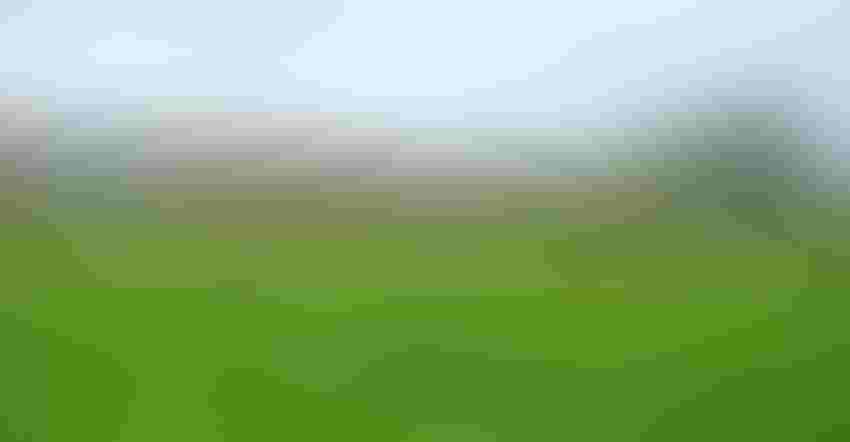 LATE START: This corn normally would be much taller as the Fourth of July approached, but it certainly wasn’t blocking the view of the train this year. Natural processes speed up maturity, but a late frost would still help this crop mature fully.

Farming requires constantly adjusting to the whims of Mother Nature! This year she favored Iowa and Nebraska so they could plant early. A wet spring in the eastern Corn Belt delayed planting there.

By midseason, states to the west needed some of our water! However, due to all the rain, lots of corn was planted late in Illinois, Indiana and Ohio. Now we need our crops to grow fast and mature before the first killing frost.

Corn growth is driven by growing degree days. The maximum GDDs available at any location are counted from March 1 in a growing season. So later plantings have already lost a certain number of GDDs before seed is planted.

Hybrids used in the central Corn Belt range in relative maturity from 105 to 115 days and require 2,400 to 2,800 GDDs from emergence to physiologic maturity.

If we add the GDDs of each day from planting to physiologic maturity, or black layer, we will have the GDDs needed by the hybrid.

The relative maturity of a hybrid is not a constant; that’s why it’s called “relative.” It’s somewhat affected by planting date. In the central Corn Belt, if you plant corn after May 10, fewer GDDs are needed to reach physiologic maturity. At that point, a distinct black layer is formed at the tip of the kernel, after which no more dry matter goes into the kernel. The process of drydown begins. The grain moisture at this stage will be 32% to 35%, depending upon the hybrid.

I think it may have to do with the survival of the species in an evolutionary sense. In a rush to produce mature kernels or seeds during the shorter time duration available, plants produce fewer leaves so they can start the pollination process.

Corn is not as photo-sensitive as soybeans. Nature has provided mechanisms in most plants to detect day length for the survival of each species. They probably react to the days getting shorter and “know” they need to speed up to make mature seed.

Perhaps plants can detect from the day length that they need to speed up the process of maturity if their seed is going to be fully mature before the killing frost. However, we might need some “global warming” this fall to mature our crops!

Nanda is president of Agronomic Crops Consultants LLC. Email him at [email protected] or call 317-910-9876.