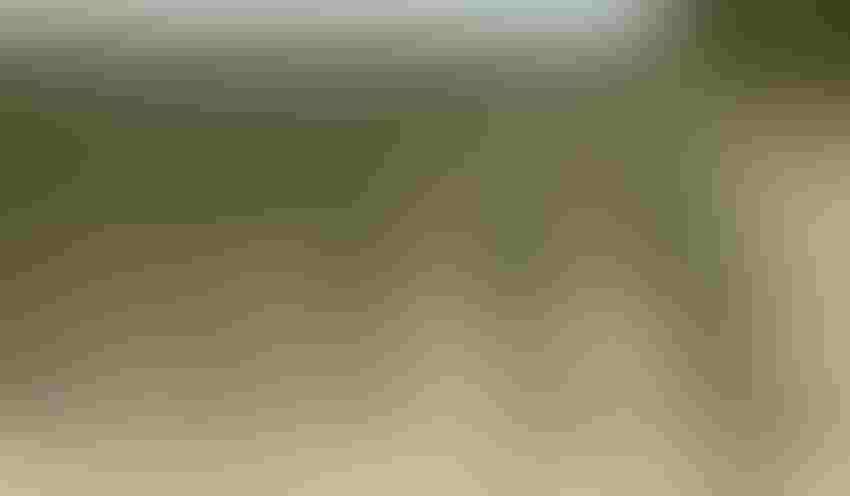 There is little good news on the drought front in Illinois, according to University of Illinois crop scientist Emerson Nafziger. Only 19% of the corn crop and 20% of the soybean crop is rated good to excellent. More than 90% of the soils are rated as short or very short on moisture. A few showers over this past weekend offered a little relief but only to small portions of the state.

Every day without rain brings further deterioration in the corn crop. The two main indicators are: a decline in canopy color, from green to yellow to “bleached” white; and a failure of pollination, either with tassels and ears failing to emerge or with tassels emerging but no silks.

“It’s academic which of these takes place in a field; the result will be low kernel number,” Nafziger said.

He also noted that as of July 8, 8% of the Illinois crop was listed as being in the “dough” stage. The extent to which these will fill out to become large kernels remains in doubt, but at least they should be recognizable kernels.

Soybean plants on most fields remain in a “holding pattern” with leaves retaining their color but with few flowers forming pods in the drier fields. “It will be a few weeks before we can get a handle on what pod numbers might turn out to be,” Nafziger said.

“We can remain optimistic for now that rainfall could restore good yield potential to the soybean crop in fields where plants have grown to a reasonable height and plants are still showing some growth,” he continued. “In the driest fields that still have green plants, however, plant and leaf size is starting to be limited by lack of water, and at some point this will decrease the ability of the plant to fill the pods that it is able to set.”