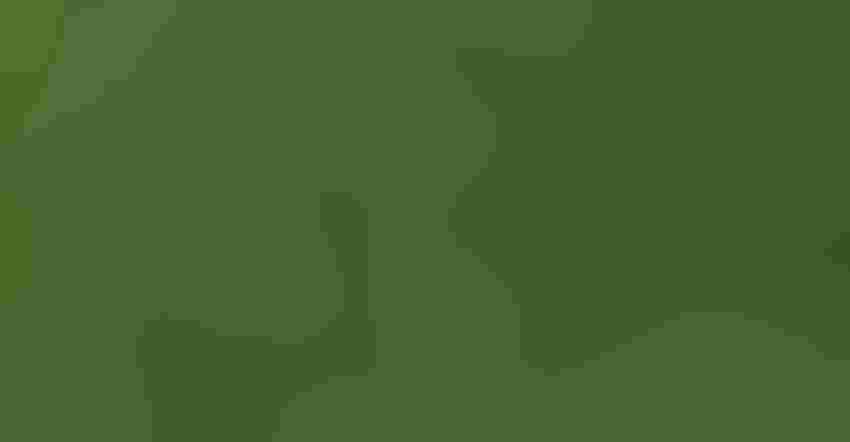 Not every day does an obscure scientific report directly help massive U.S. companies looking to cut costs, use natural resources more efficiently, and make sure their customers know about it. And yet Labor Day saw the quiet unveiling of a project that provides minute detail—down to individual factories—of the movement of corn along America’s sprawling meat and ethanol supply chains.

The ramifications of being able to tie pollution and water use to specific amounts of desirable commodities, and in specific locations, cannot be overstated at a time of accelerating climate change. The opaque title of the Sept. 4 study, however, fails to give away what’s going on. “Subnational mobility and consumption-based environmental accounting...” In English, what the researchers have done is broken out granular geographic information about where corn is produced and transported within two industries that consume it most—meat and ethanol.

Many agricultural staples have enormous environmental consequences. Corn’s side-effects—fertilizer use and emissions, transportation pollution, water uptake, land change—are particularly noteworthy given the enormous scale of U.S. production. As the image atop this story shows, satellite chlorophyll-sensors can “see” plant growth in the U.S. corn belt from space.

Previously, companies evaluating the environmental side-effects of the corn they buy often had to work from national estimates, according to the study’s authors. The impacts are well-understood at the higher-levels, but lacked critical specificity for individual producers. With this new research, meat and poultry firms for example will be able to estimate that a bushel of corn produced in western South Dakota may be three or four times as carbon-intensive as a bushel from southern Minnesota.

“It matters for these companies where stuff is coming from,” said Jennifer Schmitt, a co-author of the study in Proceedings of the National Academy of Sciences, and director of the University of Minnesota’s NorthStar Initiative for Sustainable Enterprise.

Governments, investors, and civil society groups are all giving increased scrutiny to how “sustainable” large companies claim to be. Many have taken up the challenge by investigating, managing, and disclosing data about the sum total of resources it takes to make their products, from most basic raw materials to post-consumer detritus. Within the last 10 years, sustainability has become a point of competition among leaders in many industries, especially consumer-facing ones.

The general problem that the researchers took on—prompted by a collaboration with the non-governmental organization the Environmental Defense Fund (EDF)—is that some 75% of the carbon dioxide emissions and water use of economic production is bound up in an enormous, poorly documented network of supply chains. Given the importance of corn to both the meat and ethanol industries, and the importance of the meat and ethanol industries to American consumers, they focused on that specific network.

Think of the new research as a computer model of the United States of Corn. It allows everyone to judge with previously impractical detail where corn has the biggest impact on the environment. With localized information about where corn comes from, and where it ends up being eaten by cattle, swine, or foul, or cooked into auto fuel, companies can better understand where in their supply chains the most carbon is burned, the most water is used, and where the landscape is most transformed. The new Food System Supply Chain Sustainability model “provides a means to link county-level corn production in the U.S. to firm-specific demand locations associated with downstream processing facilities,” write Timothy Smith of the University of Minnesota and five co-authors.

The tool has already been test-driven by a major company. When the world’s largest pork producer, Smithfield Foods Inc., announced in December that it planned to cut its greenhouse gas emissions some 25% by 2025, it drew confidence from partnerships with EDF and the developers of the model. The study’s numbers for Smithfield are correct, even though they predate the company’s work with both EDF and the University of Minnesota, said Kathleen Kirkham, a spokeswoman for the company.

Tyson Foods called the figures cited for their operations incorrect, “since the corn we source is mostly for our poultry business and not the cattle and pigs we buy from independent farmers and ranchers,” said Caroline Ahn, a spokeswoman for Tyson. She said the company’s corn purchases are less than a quarter of the amount stated in the new study. Tyson, which details its environmental program here, is working with the research group World Resources Institute to set science-based greenhouse gas targets and water-use goals, she said. (Other companies either declined to comment or have yet to return a request for comment on the study’s findings.)

The study estimates the geographic picture of U.S. corn distribution, thereby overshadowing an issue central to producers, namely, substantial yield-per-acre gains in the last 20 years. Steffen Mueller is principal economist for the Energy Resources Center at the University of Illinois at Chicago. He is an expert in lifecycle modeling of corn and biofuels, and criticized the new study for using 2012 as its base year, a time when devastating drought reduced corn yields to 122 bushels an acre, which is equivalent to 1995 levels, or roughly 28% below 2016.

Mueller said that newer data would have been more appropriate, and is concerned with recent examples of outdated data use in research. (The researchers wrote they used 2012 data because it’s from the most recent relevant U.S. Department of Agriculture report. Because of the drought circumstances that year, they also ran 2007 numbers and found that the geography of corn was more or less stable between the two years, according to the study.)

Developers of the FoodS3 model introduced in the paper received financial support from the National Institute of Food and Agriculture, EDF, and the University of Minnesota’s Institute on the Environment. The NorthStar program is a center within the University of Minnesota that works with companies, governments, and NGOs to make sure their research addresses practical needs. With the corn-supply-chain model launched, Schmitt said she hopes the group will next look more closely into irrigated water use and expand analysis to other environmental impacts.

To contact the author of this story: Eric Roston in New York at [email protected]

To contact the editor responsible for this story: David Rovella at [email protected]