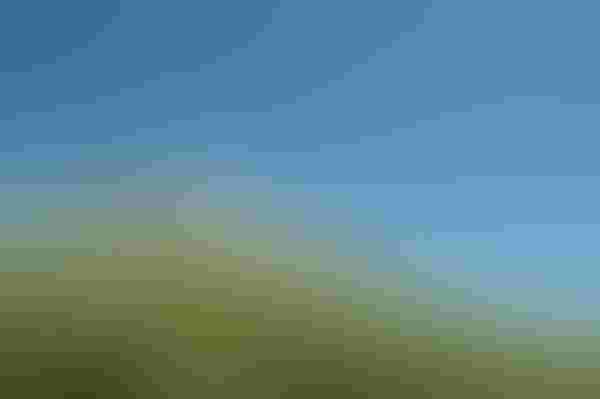 Sanitation is the first line of defense to protect stored grain from damaging insect pests.

“Protecting stored grain also requires a mult-faceted approach. A single tactic will not be successful,” said Texas AgriLife Extension entomologist Roy Parker, who works out of the Corpus Christi Research and Extension Center.

“Sanitation is critical,” Parker told a group of farmers and others who work in the grain storage and handling industry during a recent safety seminar at Sinton, Texas. He said grain facility managers “must monitor for insect pests.”

Proper use of fumigants also plays an important role, and for fumigants to be effective the storage facility “must be tightly constructed. If the facility is not tight, you will not get a complete kill,” Parker said.

Sanitation includes areas outside the facility. “Clean harvest equipment, hauling equipment, pits, augers and conveyors,” he said. He also admonished grain handlers to keep the area around grain bins free of old grain and other litter. “I often see piles of old grain near storage facilities,” he said. “That produces a lot of insects.”

Cultural practices are also important to maintain grain quality in storage. “Level the grain,” he said. Uneven grain surfaces contribute to uneven air flow during aeration and may result in pockets of grain that do not dry down as they should. Uneven grain also limits the efficacy of pesticide applications to control damaging insects.

“Before a grain handler can make a successful grain surface treatment, the bin must be clean,” Parker said. He recommended Tempo or Malathion applied two to three weeks before new grain goes into the facility.

Moisture control is another critical factor. “Moisture will migrate from warm areas to cooler areas, and the outside two to three feet of grain can cool down during a cold front. Grain temperature should remain below 59 degrees Fahrenheit, he said.

He said even small openings in a grain bin can affect fumigant efficacy. A half-inch gap around the eaves equals a three-and-a-half foot opening,” he said. “Sealing the bin is critical for a good kill.”

He recommends inspecting the grain twice a month during cool weather, once a month with higher temperatures.

“Grain sampling is the first step in any integrated pest management program,” Parker said. Managers should be aware of weevils, including the rice weevil in south Texas. “Infestation can start in the field. They lay eggs on the grain kernel and may produce six generations a year.”

Lesser grain borers lay eggs outside the kernel and the larvae eat into the kernel to complete the life cycle. “This pest is sometimes called the ‘Attila the Hun’ of grain insects,” Parker said, “because they create so much damage.”

The red flower beetle and the rusty grain beetle are considered secondary pests and feed on mold and grain dust.

Parker recommends that grain facility managers not use Actellic alone. He said Sensat “will be labeled within a month or so. We’ve been waiting on it for years.”

Better insect control when air is pulled down through grain bins

Dust plus ignition can be deadly; cotton gins wrongly accused