Test for nitrates in corn stalk bales before feeding to livestock. 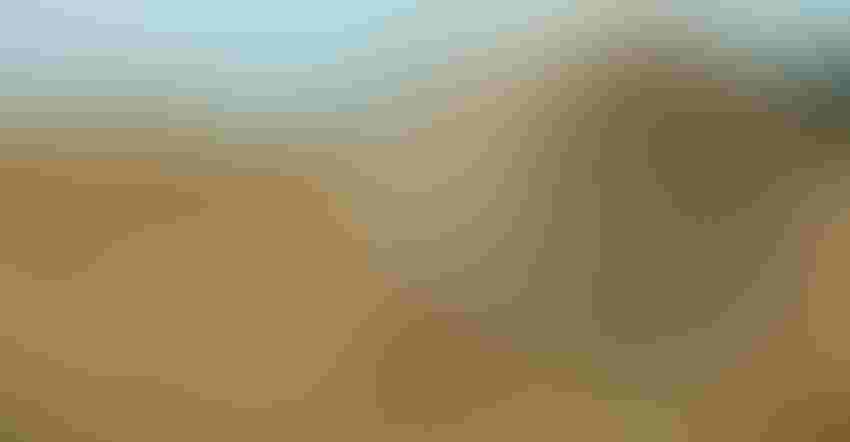 CAREFUL WITH CORN STALKS: Livestock owners who baled corn stalks to extend feed through the winter should test for nitrates before offering it as fodder to cattle. Nitrate levels should be less than 2,500 parts per million to feed safely, otherwise consult a nutritionist to balance feed rations.

You were looking for additional livestock feed to overcome the forage shortfall coming this winter and decided to bale corn stalks. But wait. University of Missouri Extension livestock specialist Gene Schmitz says don’t feed those bales until you test for nitrates.

Schmitz recently tested corn stalk bales and found nitrate levels at more than 9,000 parts per million, over three times the recommended rate. "Testing corn stalks for nitrates and seeking assistance in formulating rations will be vitally important for beef producers in upcoming weeks and months," he says.

Farmers should know the amount of nitrate in the stalks in order to determine how many pounds of stalks can be fed per day, how the stalks are fed and if ammoniation to improve digestibility is recommended, Schmitz explains.

"If the nitrate level of stalks is less than approximately 2,500 ppm, the stalks can be fed in round bale feeders with no intake limitations and can possibly be ammoniated to improve feeding value," he says. These bales are safe but offer only low-quality forage.

Nitrate levels of over 2,500 ppm require more caution when feeding. "These nitrate levels indicate the amount of stalks in the diet should be limited," Schmitz says. Farmers should not be feeding free-choice in round bale feeders. He cautions farmers that at these high nitrate levels ammoniation is not wise.

"Ammoniation or use of urea-containing supplements in combination with high-nitrate corn stalks will increase the chances of nitrate toxicity issues in livestock," he says.

According to the University of Nebraska-Lincoln University symptoms of nitrate poisoning in livestock include difficult or rapid breathing, muscle tremors, incoordination, diarrhea, abortions and even death. Since these problems can also be caused by a number of diseases, farmers should test for nitrates to rule it out.

Problem with nitrates
According to Schmitz, rumen microorganisms can incorporate nitrates into microbial protein by converting the nitrates to ammonia, but only so much can be converted in short periods of time. "If large amounts of nitrates are ingested in a feeding, complete conversion to ammonia does not occur, and toxic levels of nitrate are absorbed."

Ammoniation or use of urea-containing supplements adds additional ammonia to the rumen and reduces the amount of nitrate that microbes can metabolize from high-nitrate corn stalks.

"This situation can easily overwhelm the ability of rumen microbes to convert nitrate to ammonia," Schmitz says. "The excess nitrate is then absorbed into the bloodstream and reduces the ability of the blood to carry oxygen."

Feeding grain along with high nitrate feeds can help reduce the effect of the nitrate content. Corn grain or milo should be used rather than by-product feeds in this case, Schmitz says.