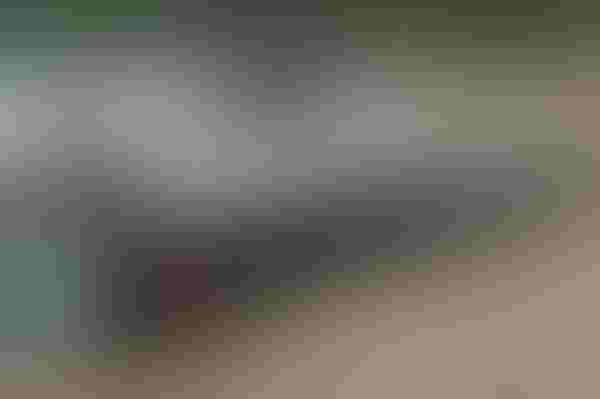 You are paying $4 for 1,000 kernels of seed corn, and with great precision, bury them, kernel by kernel, bag after bag after bag. The late Paul Harvey would define that as optimism. But if you are burying that seed in dry soil, should you plant at a higher or lower population than usual? And what about maturity; should it be earlier or later than normal? Your seed corn bill will have at least five digits, and six digits for many larger farms, and by spending that much money, your decision has to reflect more science than optimism.

The lack of soil moisture and questionable growing season weather are the two most pervasive issues keeping Corn Belt farmers awake at night. But with planting time approaching and weather maps not indicating much opportunity for soil moisture recharge, what adjustments should be made when planters are pulled to the field for the 2013 planting season? Iowa State University Corn Production Specialist RogerElmore says there are some reasonable decisions that should be made about population and maturity.

Elmore says farmers with dryer and poorer soils typically plant at lower population rates to compensate for the reduced moisture availability and nutrients. But he asks if that should be the practice where dry soils are a current aberration, rather than the norm? He says apparent pessimism about production potential in 2012 lead Iowa farmers to plant lower populations than had been the trend. So with soil moistures that are more challenging this year than last, what should the population rate be?

Working with a variety of moisture levels in topsoil and subsoil, and with planting populations of 27,000, 32,000 and 37,000, Elmore reported several findings:

And what about maturity? After all, in more southern parts of the Corn Belt, farmers often plant hybrids that are five to 10 or more days earlier than typical adapted hybrids in an effort to avoid late-summer heat and drought. Would that work if it were applied to dry soil?

Between now and planting, there could be an unusual number of good, soaking rains that provide a soil moisture recharge, and drought conditions could be alleviated. However, if that is not the case, Elmore’s research on plant populations and maturities may help make some hard decisions. Lower populations will conserve soil moisture and a diversity of maturities will spread risk.

Read the article at Farmgateblog.com.