The chances of major swaths of corn-producing regions getting hit with severe water stress at the same time is 6% per decade. 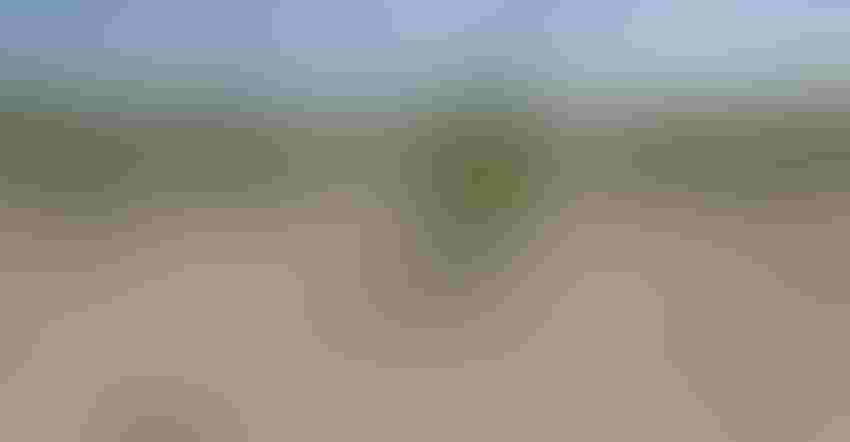 The weather has always been an unpredictable element of agriculture, but climate change is expected to make matters significantly worse. Determining how much worse has historically been a challenge. A new study, however, says climate-induced drought could hit several of the world's major corn producing regions all at once.

The Met Office, the U.K.'s national weather service, used a novel approach to determine the probability of severe water stress in three major corn-producing regions that are responsible for 40% of global production. Instead of relying on observed historical data—which the researchers found to seriously underestimate the impact of climate change—the new study used a model focusing on water stress. The authors noted the limitations of the study, including its reliance on a single climate model, and they advise researchers to utilize multiple models in the future.

"Importantly, we find that large-scale water stress is physically possible in locations where it has not been observed in the last 30 years," the researchers found.

There are few agricultural products as omnipresent as corn. Thanks to the crop's geographic adaptability and genetic malleability, it has found its way into nearly every part of the Western diet. It's in ketchup, soda, bread and candy. It is the U.S.'s top feed grain, a dietary staple today for cows, pigs and chickens. In 2016, the U.S. harvested nearly 87 million acres, producing 15.1 billion bushels, for a total value of $51.5 billion.

"We haven't seen a major drought in the U.S. and China in the same year in the last 30 years," said Chris Kent, the lead researcher on the study. "Our simulations indicate that that type of scenario is possible in the current climate."

To simulate present day climate conditions, the researchers used a supercomputer to create 1400 simulations of the climate from 1981 to 2015, providing 40 times more data than is available from observations alone .

Overall, the new model found probabilities of severe water stress to be "considerably higher" than previous observation-based predictions. The chances of major swaths of these corn-producing regions getting hit with severe water stress at the same time is 6% per decade.

The Met Office researchers are already looking at wheat and rice, using similar methods. Wheat, Kent said, unlike corn, is spread out across many regions, from the U.S. to Australia to Russia. But rice is produced almost entirely in South Asia or Southeast Asia, making the crop more vulnerable to regional impacts of climate change.

The scientists said they are not pushing any policy proposals. "Our main aim is to provide the information to people who can make the policy," said Kirsty Lewis, the Met Office's Climate Security Science Manager. "If you think the level of resilience in the system is unacceptable, you could do something about it."

To contact the author of this story: Deena Shanker in New York at [email protected]

To contact the editor responsible for this story: Josh Petri at [email protected]