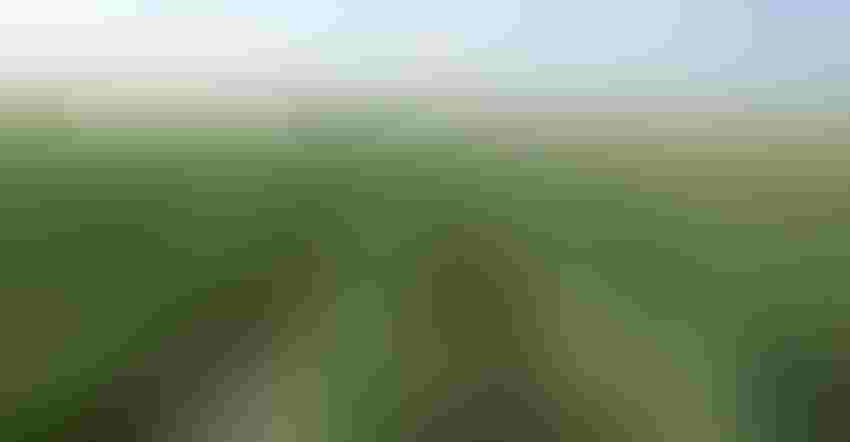 For four years, Central Valley Ag has conducted a series of research trials on its Innovation Series plots, with locations in Norfolk and Bellwood, Neb., and in Cuba, Kan. — and has conducted on-farm trials for several years prior. So far, trials have ranged from nitrogen fertilizer timings and rates to different biological products to multi-hybrid planting.

1. Active hydraulic downforce. Since 2017, CVA has put Precision Planting's DeltaForce system to work on its planters. The downforce system has settings for light, medium and heavy downforce — each of which makes automatic adjustments for individual row units based on soil conditions. Or operators can set a static downforce of 150 or 250 psi.

This year, automatic downforce resulted in an average yield increase of 6.3 bushels per acre, or in most cases, about a 2.5% increase, compared to an optimal static downforce setting.

"The 2018 crop had the best emergence and stand quality we had seen in several years, and there was still an advantage to the downforce systems on the planter," says Keith Byerly, Advanced Cropping Systems manager at CVA. "In 2017, the downforce system was a huge slam dunk. It paid for itself twice in one season. Based on results this year, it's going to take two years to pay for itself, but doubling your return on investment in two to three years is not bad." "I was still seeing a 3- to 4-bushel increase at our Norfolk site, even though it was ripped and field-finished, and we had as ideal of a seedbed as you could plant into," Byerly says.

"Tillage systems have an effect on how much benefit you may see from a hydraulic downforce system, but it still pays for itself in a respectable amount of time."

"After we applied fungicide and got a hail event, plants recovered a lot quicker, were able to photosynthesize quicker and produce greater yields at the end of the year," says Mick Goedeken, ACS innovation agronomist at CVA.

In this case, the V5 fungicide application resulted in a 5% to 11% increase in yield over the control. Across all sites, these applications resulted in a yield response of 3.4% to 6.1%, with a return on investment ranging from 1 cent to $1.92 per acre.

However, there were also some immeasurable benefits, including a thicker, darker canopy, with cooler temperatures beneath the canopy compared to the control treatment.

"Typically the tassel application will give the most bang for the buck, but especially around the V5 stage, we can prevent some of those early-season diseases, and give that plant the ability to respire during those warm nights we see in the month of June and early July," Goedeken says.

3. Starter fertilizer. It's common practice on many farms, but Goedeken notes it's worth pointing out that starter fertilizer is worth the investment in corn production, even in late-planted scenarios.

This trial included the three Innovation Series sites, as well as two sites at Northeast Community College in Norfolk — and all were planted between May 1 and 8. In this trial, the starter treatment included 5 gallons per acre of Begin (7-23-4-0.25Zn) in-furrow. Responses ranged from a 1.8% to 20.8% yield increase — at an average of about 15.7 bushels per acre — depending on the location.

"To me, the benefit of the MESZ application is about getting everything into that root at the same time," Goedeken says. "The way that granule breaks down whether mixed in the soil or on the soil surface, it creates an acidic zone around that. And the roots are attracted to that area facilitating uptake, and their getting all those nutrients when the roots are in one place, making that uptake more efficient for the plant."