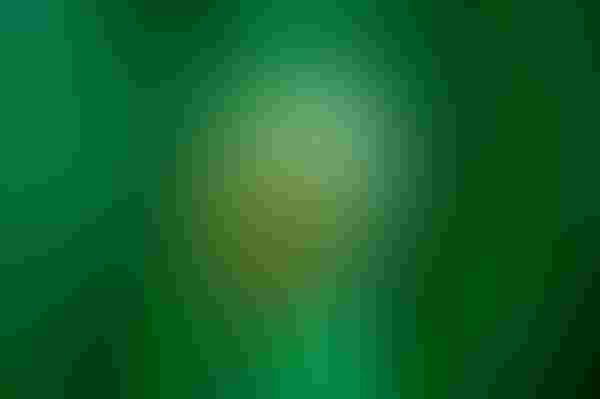 Given the variability in crop quality across the Corn Belt and between and within fields, it will be particularly interesting this year see how close yield estimates come to matching what's harvested this fall.

Two procedures that are widely used for estimating corn grain yields prior to harvest are the yield component method (also referred to as the "slide rule" or corn yield calculator) and the ear weight method. Each method will often produce yield estimates that are within 20 bushels/acre of actual yield. Such estimates can be helpful for general planning purposes.

In the past, the yield component method equation used a "fudge factor" of 90 (as the average value for kernel weight, expressed as 90,000 kernels per 56-pound bushel), but kernel size has increased as hybrids have improved over the years. Bob Nielsen at Purdue University suggests that a "fudge factor" of 80-85 (85,000 kernels per 56-pound bushel) is a more realistic value to use in the yield estimation equation today.

To use the yield component method to estimate your corn yield, use the following steps.

The more variable crop development is across a field, the greater the number of samples that should be taken to estimate yield for the field.

Example: You are evaluating a field with 30-inch rows. You counted 29 ears (per 17 ft. 5 in. row section). Sampling every fifth ear resulted in an average row number of 16 and an average number of kernels per row of 33. The estimated yield for that site in the field would be (29 x 16 x 33) divided by 85, which equals 180 bushels/acre.

The ear weight method can only be used after the grain is physiologically mature (black layer), which occurs at about 30-35% grain moisture. Since this method is based on actual ear weight, it should be somewhat more accurate than the yield component method above. However, there still is a fudge factor in the formula to account for average shellout percentage.

Sample several sites in the field. At each site, measure off a length of row equal to 1/1000th acre. Count the number of harvestable ears in the 1/1000th acre. Weigh every fifth ear and calculate the average ear weight (pounds) for the site. Hand shell the same ears, mix the grain well, and determine an average percent grain moisture with a portable moisture tester.

Because it can be used at a relatively early stage of kernel development, the yield component method may be of greater assistance to farmers trying to make a decision about whether to harvest their corn for grain or silage. This will be an important consideration this year given the limited ear development present in many fields exhibiting highly variable plant growth.