They were honored by the Pacific Branch of the Entomological Society of America (PBESA) at a recent virtual awards ceremony. 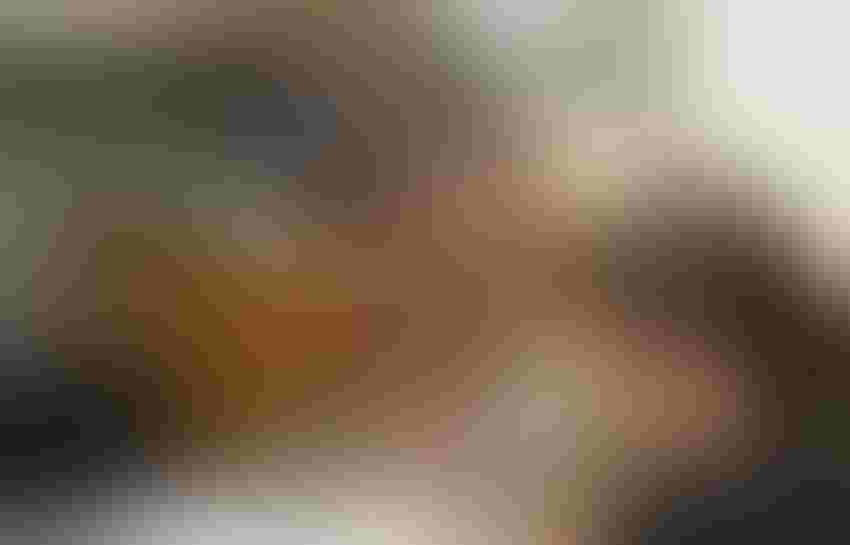 The University of California, Davis' Lynn Kimsey (left), seen looking over a student's work, is one of three entomologists at the university to receive awards at a recent ceremony.Kathy Keatley Garvey/UC Davis

The three UC Davis faculty members honored with awards are:

Capsule information on the recipients:

Lynn Kimsey was singled out for her 31 years of outstanding accomplishments in research, teaching, education, outreach and public service. "She is an immense credit to the field of entomology; in fact, we rarely see anyone of her caliber come forth, and do as much as she does," wrote nominator Steve Nadler, professor and chair, UC Davis Department of Entomology and Nematology.

An alumnus of UC Davis, Lynn received her undergraduate degree in 1975 and doctorate in 1979. She joined the UC Davis faculty in 1989. Since 1990, she has administered the world-renowned Bohart Museum of Entomology, which houses eight million insect specimens and is the seventh largest university insect museum in North America.

Richard M. Bohart, for whom the insect museum is named, served as her major professor and she was his last  student. Kimsey's areas of expertise include insect biodiversity, systematics and biogeography of parasitic wasps, urban entomology, civil forensic entomology, and arthropod-related industrial hygiene. She has served in numerous leadership roles at the international, national and local level, including two terms as president of the International Hymenopterists, board member of the Natural Science Collections Alliance, and interim chair and vice chair (twice) of the UC Davis Department of Entomology (now the Department of Entomology and Nematology).

Professor Kimsey is a recognized global authority on the systematics, biogeography and biology of the wasp families, Tiphiidae and Chrysididae: the author of 127 peer-reviewed publications; and has described more than 270 news species. She is the author of The Chrysidid Wasps of the World (Oxford, co-authored by Richard Bohart), California Cuckoo Wasps in the Family Chrysididae, and Systematics of Bees of the Genus Eufriesea, among others.

Forensic entomologist Robert Kimsey, a member of the UC Davis Department of Entomology and Nematology faculty for three decades, has served as an associate adjunct professor and lecturer since 1990. He holds two degrees from UC Davis: a bachelor of science degree in 1977 and a doctorate in 1984. He is described as a "trusted advisor, mentor, teacher, friend and confidant--has served above and beyond what is expected."

"His dedication to graduate and undergraduate students as a mentor, advisor and teacher, all intertwined, is beyond exemplary; it is colossal," wrote nominator Steve Nadler, professor and chair of the department. Since 1990, Kimsey has taught and interacted with some 7000 students, including entomology, biology and animal biology majors.

Kimsey, known as “Dr. Bob,” shares with his students his many and varied research interests: public health entomology; arthropods of medical importance; zoonotic disease; biology and ecology of tick-borne pathogens; tick-feeding behavior and biochemistry. He has served as the master advisor for the Animal Biology (ABI) major since 2010 and an ABI lecturer since 2001. He has taught ABI 50A for 20 years, giving lectures and instructing labs to a total of 900 students per year. He has taught ABI 187 for 12 years, presenting material to a total of 450 students.

A U.S. Army veteran, Kimsey served as an instructor of medical entomology, epidemiology and preventive medicine in the Academy of Health Sciences from 1971-1974. He is a past president of the North American Forensic Association (2014-2016). He is the director of the Forensic Sciences and instructor for the San Luis Obispo Fire Death Investigation Strike Team (since 2011) and an instructor and member of the Glen Craig Institute Advisory Committee (since 2012). He is married to Lynn Kimsey, director of the Bohart Museum of Entomology (see above).

The recipient of seven outstanding teaching or mentoring awards, Robert Kimsey was named the 2019 UC Davis Outstanding Faculty Advisor of the Year;  2019 Eleanor and Harry Walker Faculty Advising Award from the College of Agricultural and Environmental Sciences; and a regional faculty advisor award from NACADA, the Global Community for Academic Advising.

His students are highly successful. Under his guidance, they have established careers as professor of microbiology at Cal Poly; campus veterinarian at UC San Diego; Crime Scene Investigation (CSI) Sergeant in Molecular Biology for Contra Costa County Sheriff; CSI Sergeant in Trace Evidence, Ballistics and Tool Marks for Contra Costa County Sheriff; CSI for Sacramento City Police, CSI in the Santa Rosa CA Department of Justice (DOJ) Laboratory, DOJ laboratory manager for the Central Region, Rippon, CA; and laboratory manager in the Jan Bashenski DOJ DNA Laboratory. Many others are serving as laboratory technicians in local police and sheriff's units.

Since 1998, Kimsey has co-chaired the UC Davis Department of Entomology and Nematology's Picnic Day activities. (This year's event is canceled due to  coronavirus pandemic precautions.)

In his classrooms, Leal employs the strategic use of digital technology in truly innovative ways to generate animated eReviews, eClarifications, and eSolutions. He teaches, motivates, and inspires. His motto: “I don't teach because I have to; I teach because it is a joy to light the way and to spark the fire of knowledge."

Leal received the 2020 Distinguished Teaching Award for Undergraduate Teaching from the UC Davis Academic Senate. He is a fellow of four organizations: Entomological Society of America (ESA), National Academy of Inventors, American Association for the Advancement of Science, and the California Academy of Sciences. He also received the Gakkaisho (fellow equivalent) from the Japanese Society of Applied Entomology and Zoology.

Leal was the first non-Japanese scientist to earn tenure in the Japan Ministry of Agriculture. His other honors include Technology Prize, Society for Bioscience, Biotechnology and Agrochemistry, Japan; ESA's Nan Yao Su Award for Innovation and Creativity; Silver Medal, International Society of Chemical Ecology; Medal of Achievement, Entomological Society of Brazil; and Corresponding Member, Brazilian Academy of Sciences. Leal co-chaired the 2016 International Congress of Entomology and delivered ESA's 2019 Founders' Memorial Lecture in honor of Tom Eisner, father of chemical ecology.

Wrote nominator James R. Carey, distinguished professor, UC Davis Department of Entomology and Nematology: "One of the most astonishing responses to a professional talk I have ever witnessed in my entire career—and that is saying something—is the 5-minute standing ovation given to Walter after the 50-minute presentation (“Tom Eisner—An Incorrigible Entomophile and Innovator Par Excellence”) he gave to the over 1,000 attendees at the Founder's Memorial Awards program on the morning of November 19th at the national ESA meetings in St Louis."

"Walter designs and delivers his lectures to engage, encourage and inspire students, prompting them to think, ask questions, and resolve problems," wrote Carey, who received the PBESA teaching award in 2014 and went on to win the national ESA teaching award. "His students appreciate his state-of-the-art technology, dedication, kindness, and enthusiasm, coupled with his finely honed sense of humor."