Think DifferentRick Haney thinks it is time to shoot for realistic yield goals, not maximum goals. A new online tool from the Grassland, Soil and Water Research Laboratory is designed to help. The Soil Nutrient Assessment Program (SNAP) utilizes current fertilizer prices, soil test results, input recommendations and crop-based county averages for the past 15 years to predict the chance of making yield goal.&quot;With SNAP, we can quickly evaluate the cost and likely benefit of additional inputs,&quot; says Haney. &nbsp; 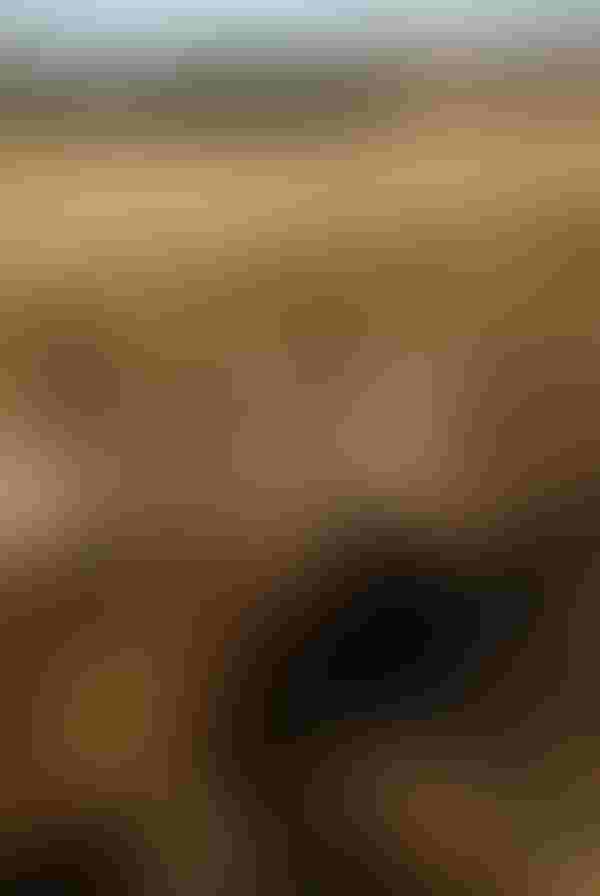 What if you had soil data that told you how much food was available for your soil microbes that build soil health? Well, a new soil test is gaining early traction among cover-crop users and no-tillers who reap the benefits of healthier soil, but truly lacked the right test to tell them about their available nutrients.

This new comprehensive soil analysis from Ward Laboratories costs triple that of Ward’s conventional N, P and K package, but what it reveals appears to save users money on every acre. Developed by Rick Haney, a USDA-ARS researcher at the Grassland, Soil and Water Research Laboratory, Temple, Texas, it may be the missing link in soil evaluation, especially with cover crops.

Between January and June of this year, Haney processed 3,200 samples in his ARS lab. Participating growers reduced their N applications by $15 per acre, for an aggregate savings of $3.2 million. The savings came from a better understanding of available inorganic and organic nutrients, including organic carbon (C) and the biological health of the soil.

"Standard soil tests told us we needed to apply P and K, but the Haney test came back suggesting we had plenty of both," says Dave Brandt, longtime Ohio no-till and cover-crop practitioner. "I've been no-tilling since the early 1970s and using cover crops since 1978, but only in the last two years with the Haney test have I begun to understand what those practices are really doing. "Two years of using the Haney test let him cut fertilizer purchases by 50% on 1,200 acres.

Ray Archuleta isn't surprised at Brandt's findings. The conservation agronomist with the NRCS National Soil Health and Sustainability Team has long been frustrated with conventional soil sampling in no-till and cover-crop situations, even when they included organic matter analysis.

"Conventional sampling wasn't working [in our situation]," says Archuleta. "We would have a fantastic looking crop with no commercial fertilizer application, yet recommendations would be for more N, even though we couldn't see any deficiency. As we put the pieces together, we realized conventional soil testing recommendations are based on tilled systems from the 1940s, 50s and 60s. No-till systems are entirely different, with an intact food web."

What Archuleta and Brandt like is that Haney's test evaluates how much "food" the soil food web has available to it. While existing tests for organic matter and potential N are available, Haney extracts the soil with water and then measures organic C and organic N, which is the food available to the soil microbes. Measuring organic matter is like taking a picture of a house, but what he measures is the food in the house (water-extractable organic C and organic N).

"What matters is measuring the right things in the soil," argues Haney. "You can have high organic matter and poor fertility."

His test attempts to measure activity, food source and the balance of the two, measured nature's way. While others debate dry versus moist soil sampling techniques, Haney uses a third method, one that mimics the soil environment of recurrent wetting and drying and relies on nature's extraction tools rather than chemical solvents.

While he has fine-tuned soil analysis for the past 19 years, his test and methodology only became possible with the availability of recent new analytical technology. The extent, time and complexity of the testing are the reason for the higher cost. However, the information gathered is equally more extensive.

The idea of being able to track the impact of practices beyond meeting yield goals or reducing inputs appeals to Archuleta. "I have used other tools, but this gives us a better idea of this elegant universe called soil and how we can predict it will change," he says. "It lets growers track the impact of changes to their management practices. One additional Haney test recommendation is for a suggested ratio of legumes to grasses in cover crops.”

Brandt has already put such recommendations to use. "Before working with Rick, I didn't understand anything about the C:N ratio," he says. "Based on Rick's recommendations, I have added more legumes in some cover-crop mixes and reduced them in others."

As a soil scientist and a farmer (Haney manages the USDA-ARS Temple Experiment Station fields as a farm), Haney appreciates cost savings and environmental benefits. However, he seems equally excited about the test’s ability to measure the impact of cover crops and other management practices on soil fertility. Many, including the NRCS, are advocating combined no-till and cover crops as the solution. While he agrees on the value of both, Haney suggests a slightly different approach.

"What we are seeing is that conventional till systems release nutrients quickly, while no-till soils are slow to release nutrients, taking years to see the benefits," he says. "I would rather see a conventionally tilled field with a cover crop than a no-tilled field without one. We will get the most nutrients possible out of nature by giving soil life the right food with cover crops. Then you can put on the added N, P and K needed, regardless of your system."