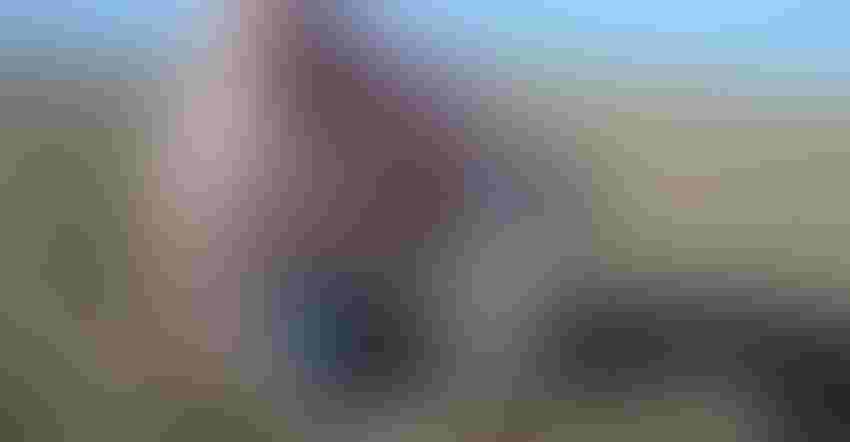 DIGGING DEEPER: Del Ficke digs up a spadeful of soil on one of the fields on his farm west of Lincoln, Neb.

Not long ago, Del Ficke was more apt to dive in head first when trying new cover cropping and grazing practices. However, that's not something he recommends other people do.

"I was certainly going big guns on changing 100%. I tell people now [to] just do something 10% different. Once you get them to do that one step, you can get them to see what the changes are," Ficke says. "Otherwise, they put up a wall that you cannot penetrate. It's easy for someone to do 10% cover crop planting the first year — even if you have 10,000 acres. If it's a wreck on 10% of your acres, most of the time you'll have some success. But if not, it's not something that's going to break the bank."

Ficke, who has been a leader in the cover crop and soil health movement in eastern Nebraska since he started down this path on his Pleasant Dale farm in the late 1980s, has shifted his focus to one of a consultant in recent years.

Most recently, he says he's started to focus more on the widespread communal effects of practices like cover crops and high-stock density grazing. That's the focus of the consulting side of Ficke Cattle Co., called Soil for Hope.

"I'm a firm believer that when we keep the soil healthy, as in past civilizations, things are right socially," Ficke says. "Then everyone has jobs in some way, shape or form. Unemployment goes down. Everyone has got jobs connected to raising healthy food in the community."

Adding producers
One of the focuses has been getting more producers on the land, and he says practices like cover cropping, rotational grazing and grazing annual forages are one way to do this.

For Ficke, one of the best examples is hiring someone to custom-seed cover crops for grazing.

"I want my cousin to do the baling, and I want my neighbor to drill seed, because that keeps the whole local economy going," he says. "Whether it's custom hay or custom-drilling cover crops, it's that foot in the door into agriculture in a nonconventional way. The conventional way is owning your land and equipment.

“Ownership can be a pain. If I could rent everything, it would be easier to know exactly what my costs are and have no fluctuation. It also trickles down into the economy. When you start to add people doing custom work, you see an uptick in Main Street activity."

In these situations, producers can purchase hay from a custom hay producer or hire someone to custom-seed cover crops. Or they can always share equipment.

"My dad, his cousin and their neighbor owned machinery together forever. We never owned a swather ourselves, and we only owned a baler ourselves when one of the people who we co-owned it with passed away. That's a way to bring people together," Ficke says. "If you can't afford it yourself, and if you've got a neighbor that wants a no-till drill too, you should consider buying it together. You're not going to fight over it on the few acres you're using it on, and you don't need to keep track of how much diesel fuel you're both using down to the ounce."

That's one reason Ficke is an advocate for having more farmers and ranchers on the land. Another reason, he says, is that it encourages growers to focus their soil health and grazing efforts on a smaller amount of land — increasing their chances for success and being closer to the farmstead to focus on efforts more conveniently.

"Over the course of the last 30 years, those patches we've focused on out of convenience that are closest to my house, we can go out and just find amazing soil in all of those spots," he says. "It's easy to pack cattle close around the farmstead, and it's easy to plant cover crops quickly close by. When you think about hauling manure back in the day — it was only until the last 10 to 15 years when the big manure spreaders came along — you always hauled your manure closest to the farmstead."

As someone serving in a consulting role, Ficke says getting more people on the land starts with getting plans and goals established for individual farms and ranches.

"I can talk about techniques and practices, but I'm trying to do it in a more complete way. I want to drive around their operation and ask what are your dreams? What do you want to do?" he says. "This doesn't fall into a set system, and that's why people struggle with it. I'm nothing more than agriculture's life coach. We suffer in agriculture from the mindset of 'We've always done it this way.' Many people are looking for an OK to try something new."