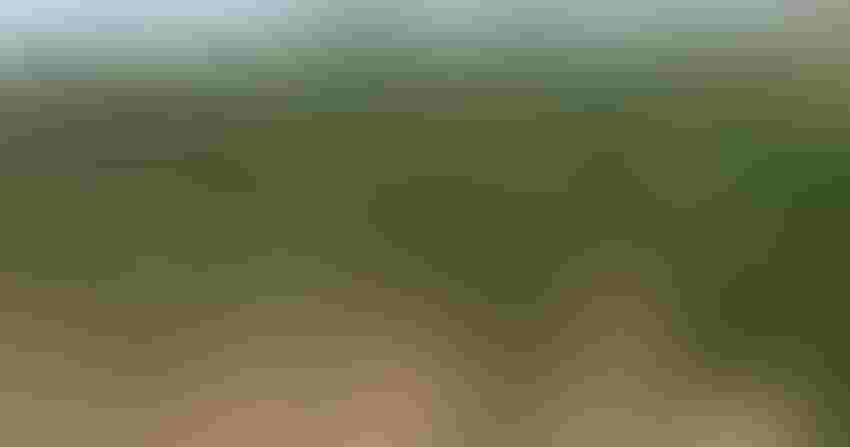 Stressed corn in a field near Clover Bend, Arkansas, in Lawrence County.Bryce Baldridge, U of A System Division of Agriculture Bryce Baldridge

As fiercely hot, dry weather continues, Arkansas farmers are having to make hard choices between their crops.

“Water’s getting tight,” said Jeremy Ross, extension soybean agronomist for the University of Arkansas System Division of Agriculture. “Corn is at reproductive stage, farmers are trying to get rice flooded and irrigation to cotton and soybeans, we’re spreading it pretty thin already. It’s just a struggle on where we need to pump.

Jarrod Hardke, extension rice agronomist for the Division of Agriculture, said that for the upper 75% of the Delta, “it’s been anywhere from the 25th of May to the 4th of June since they’ve had a measurable rain.”

Frequently, the July Fourth weekend is marked by significant precipitation — dubbed a “million-dollar rain.” This year, it was a no-show for most of the state.

“The dynamic here becomes a multi-crop issue. What do we do when it’s this dry?” Hardke said. “Decisions have to be made. Do you have the water and the pumping capacity to move over and irrigate soybeans as opposed to keeping water on your rice?

“We were at this stage a week ago and it’s probably going to get more serious very quickly,” he said.

In a normal growing season “it can take a week or 10 days to get the initial flood on,” Hardke said. “Now in that same field; it’s 14-21 days this year. It’s double the amount of time just to do the initial flood.”

Even with row rice, pushing water across a field has become difficult.

“Between what is used by plants and evaporation to dry air, the water is disappearing faster,” he said. “If a 2-inch rain came across the Delta, it would be huge, but it still wouldn’t be enough.”

For soybean growers, the drought impact varies depending on what stage their crop has reached. Those who planted later are faced with seeds that aren’t germinating or have small plants.

“There are a lot of beans just planted, to soybean plants that are 5-6 inches tall,” Ross said. “Typically, we don’t irrigate small beans. We can kill or drown them. They don’t have the capacity to withstand the flooded conditions for an extended period of time.

“It’s a hard decision. We’re telling them they can either watch them dry up and die, or irrigate and maybe lose some of your stand, but still have moisture in there to get what’s not coming up to come up,” Ross said. 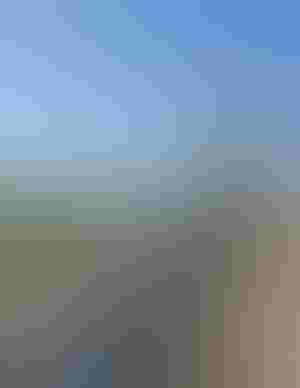 Garrett Turner, NERREC farm tech., working the polypipe to be sure soybeans are gettting a drink. Taken July 1, 2022, at the NE Rice Research and Extension Center. (U of A System Division of Agriculture)

The news in Monday’s crop report from the National Agricultural Statistics Service wasn’t good for soybeans. In Arkansas, 10% of soybeans were classified as poor-very poor.

“If 10% of Arkansas' soybean crop is rated ‘poor-very poor, that's the equivalent of about 320,000 acres,” said Scott Stiles, extension economist for the Division of Agriculture.

Hot nights — when lows don’t drop below the 70s — are worrisome for soybean, corn and rice farmers whose crops are in the reproductive stage.

“Photosynthesis happens during the day and generates a lot of energy,” Ross said. “Night time is when the plant does the hard work of filling pods, making seeds and filling those seeds.”

“Small changes make a world of difference in our progress,” Hardke said. “If we can drop into the low 90s during the day and near 70 at night, with partly cloudy skies, it can make a huge difference in the overall health of our crop and in our irrigation progress.”

While Arkansas farmers have access to groundwater, irrigation isn’t free. The pumps run on diesel fuel.

Higher petroleum prices are also making poly pipe more expensive. This tubing is connected at one end to a pump and the other end sprawls across the top of crop rows. Holes are punched in the tubing, allowing water to flow out at calculated rates.

“Many growers report the cost per roll of irrigation pipe being around 25% more expensive than last year,” he said.

Ross said if one “starts factoring in diesel prices and that commodity prices have dropped in the last 10 days, hopefully a lot of people have some of those $15 beans booked.

“A bunch of us were banking on that July Fourth ‘million-dollar rain’ and most places didn’t get it,” Ross said.