Here is a look at water law both inside and outside of the state. 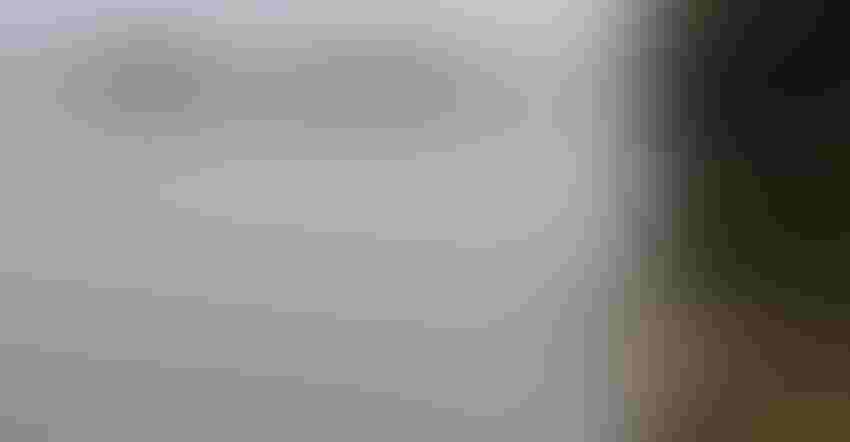 WATER, WATER: The Missouri River, pictured here at flood stage near Ponca, Neb., is just one of the many rivers and streams that flow through and around Nebraska, not to mention the High Plains aquifer that lies below about 84% of the state. Curt Arens

For a state located in the middle of the continent, Nebraska has an abundance of water — in most years, that is, and in many parts of the state, but not everywhere all the time.

Total water use in Nebraska breaks down to about 81% groundwater irrigation, 13% surface water irrigation and 4% domestic water uses. The remaining 2% comprises other uses such as livestock, industrial and mining.

Nebraska has about 9 million irrigated acres of cropland, or about 3 out of 8 total crop acres, making it the top state in irrigated acres. The amount of water applied per irrigated acre is about 10 inches, ranking fourth nationally, compared to California, 34 inches; Arkansas, 23 inches; and Texas, 16 inches.

There are more than 107,000 registered irrigation wells in the state. Eighty percent of the state’s public drinking water and private water supplies come from groundwater sources.

Not confined by borders

But Nebraska’s water is not confined to the state’s borders. Surface water enters the state as stream flow and precipitation, and the water that isn’t used here might flow into other states.

Water flowing into and out of the state can be expressed as a generalized water budget. Per the Groundwater Atlas of Nebraska (2013 edition) and the USGS National Water Survey Summary (1987), the generalized calculated numbers are: streams in, 0.4 inches per year; precipitation, 22.6 inches; runoff, 0.9 inches; evapotranspiration, 19.9; recharge, 1.9; and streams out, 2.2.

An interstate water compact is an agreement between two or more states regarding competing demands for a water resource that are beyond the legal authority of one state alone to solve. States administer water rights within their own political boundaries.

However, the process becomes more complicated when involving an interstate body of water. Under these conditions, there are three possible ways to achieve an interstate allocation of water: a suit for equitable apportionment brought by the states in the U.S. Supreme Court; a congressional act; and an interstate compact.

An interstate compact is an agreement negotiated between states, adopted by their state legislatures, and then approved by Congress. Once an allocation of interstate water is determined by such a means, each individual state may then issue water rights to its share of the water through its normal administrative process. Interstate compacts have been traditionally used in making water allocations in the Western states, for example, the Republican River Compact between Colorado, Kansas and Nebraska.

Overappropriated basins in Nebraska are river basins or sub-basins where water coming into the basin is less than the amount of water taken out or leaving the basin. These areas are closed to new high-capacity wells. Overappropriated basins are designated by the Nebraska Department of Natural Resources or, in the case of the Platte River Basin, state statute.

The traditional view of this concept, was upheld in a Kansas case (State Ex Rel. Meek v. Hays), which ruled that a stream must be navigable for commercial purposes to legally be considered “navigable in fact.”

A more modern view (Wyoming – Day v. Armstrong) is that if a stream can be used for recreational purposes, then it is considered navigable, and the public has a right to recreate on the stream.

So, you can have states where the bed of the stream is privately owned (because the stream was not used for commercial navigation), but the public nonetheless has a right to recreate on the stream because you can canoe it. In Nebraska, the law is unclear.

What if the stream bed is private property but the public has the right of recreational navigation? In this case, the public will often have the right to “incidentally” touch the bed and will have an additional right of portage — the ability to take a boat or other watercraft around any obstructions in the stream.

Similarly, even though groundwater is considered public property in Nebraska, you still need the landowner’s permission to access that groundwater if you don’t own the land yourself. Public ownership does not give the public an unlimited right of access to the public resource.

The University of Nebraska Institute of Agriculture and Natural Resources, Water for Food Daugherty Global Institute, Nebraska Water Center, and other partners at the local, state and federal level lead the world in water research. The leadership, research and education these partnerships provide will ensure efficient water use and stewardship of this finite resource for the state and its residents for years to come.

Water, our finite resource, has many uses. Agriculture, domestic, power generation, wildlife and habitat, aesthetics, and recreation are just some of those uses. Water is life; life is water.

Stone is a Nebraska Extension educator.