Playing basketball and marketing cattle can be very similar. 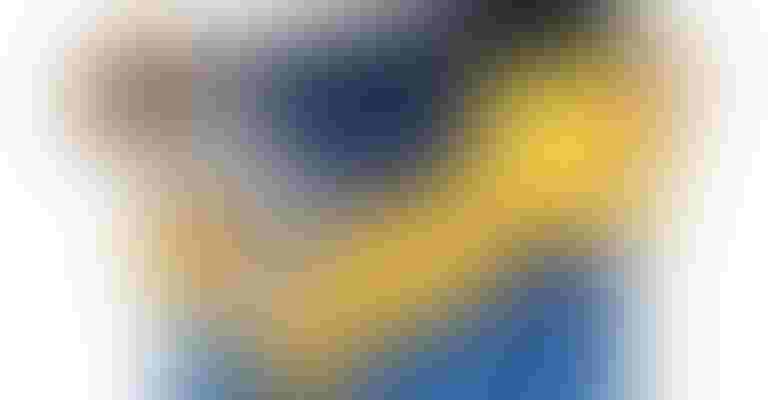 If you have been a follower of this blog over the years you know eventually, I will use basketball as an example. This is the week I am going to do that. My daughter is playing on three teams this winter and as a result I get to watch a lot of games each week. She loves the game and with all the free streaming channels we have games on at the house on the nights we are home.

My daughter keeps a close eye on teams she has played against or will possibly play in the future. She also watches the high school varsity team and the teams they will play. When you watch this much basketball and have seen almost every game a team has played some things become accurately predictable.

When I say predictable, I do not mean predicting winners. I am talking more specifically about individual players. We have noticed there is a gap that separates the better players from each other. These top players all have ability, the thing that separates them is mental toughness and attitude.

When a team is ahead these better players help elevate their teammates. When they are behind is when we see the separation. Some lead and encourage their teammates and some get upset and blame their teammates making the whole thing worse, and even playing worse themselves.

We were at a tournament this week and there were college scouts in the stands. We knew who they were there to see, and that girl lost her temper several times in the third quarter. Most of the scouts left before the third quarter was over. I’m pretty sure this girl’s attitude may have just blown her opportunity with some schools.

As that game progressed that star player got worse. She started missing shots and turning the ball over. We’ve all been there. We wake up in the morning and discover a problem. Maybe the pickup won’t start or a drinker froze. Then we seem to go from one problem to the next. Some of the issues are just dumb luck. The thing is some of the problems that pop up throughout the day are a result of our own bad attitude.

I begin all my marketing schools with a short psychology lesson and I talk about attitude.  I cover what it is, why it is important, and how we can fix it. I hope I made my point above about the importance of it. It can get us through challenging times or it can self-sabotage. It can open the doors of opportunity or slam them shut all without our even realizing there was a door there.

The other thing we have noticed is highly predictable is that most players will always do the same thing. For example, we have noticed that one girl will only take shots if she dribbles to her right. If she is forced to go left she will pass the ball. We have seen post players get the ball while wide open under the basket, but they have to take that one dribble. It is the time it takes for that one dribble that the defense catches up and closes off the wide-open shot that was there.

Coaches do it as well. We have seen numerous close games that were blown by a coach’s decision. I am the kind of guy that leans heavily on stats. If a player leads the team in turnovers and is a 17% shooter I don’t care if that player is the leading scorer. I wouldn’t put that player on the court in tie game with 17 seconds left. We’ve seen this decision play out according to the stats time and again this year. That player either turns the ball over or misses the shot at the buzzer.

There are those guys who try to run 30 pairs on a pasture. They are confused why the pasture won’t support 30 pairs anymore. Grandpa and dad always ran 30 pairs out there. They fail to realize that grandpa wasn’t trying to run 1600 plus pound cows, and he didn’t have a small forest of cedar trees either.

There are people leaving sales right now shaking their heads thinking there is no way anyone can make money ranching with “those” cows.  In the past couple weeks, I’ve seen marketing experts that can’t accurately interpret a market report. I’ve seen marketing experts that can’t explain the grading systems of cattle. And some of these experts have no idea what it costs to run a cow for a year in the state they live in.

Here's the thing, do not bring any of this up to their attention.  All they will do is get mad at whoever questions them. The thing is, just like basketball, you have to be coachable in order to learn and be great. You’re going to need a winning attitude.

Know what you have and your neighbors

Last month I wrote the chatter on the seats at female sales involved interest rates. That must be a thing of the past because the prices paid for first calf heifers got as serious boost at some female sales this week. Or maybe it is the fact the snow will melt and the grass will grow.

If a seller had feed and the cows were in fleshy condition they sold very well there. If they were thin they were sold on the scale. If they appeared there was a chance to bloom them up they could sell up to 10 cents over weigh up price.  I’m not sure if these cows were staying in the area or getting shipped somewhere, what I do know is that somebody has feed and made some good buys

Here is something else that caught my attention. When I was watching a female sale at a small crossroads sale barn I noticed the locals did not bid aggressively on females that were bred to a local registered cattle breeder’s bulls. If you are not a local, picking up on this indigenous knowledge could save you some problems.

Where the rubber meets the road is the price relationships between these females. There was some good money to be made by selling over valued females and replacing with under-valued females. Even if they were “those” cows. I for one am in this business to make a profit, not impress people with the kind of stock I own.

The feeder markets were just as region specific as the female sales. Ironically the regions that had the cheap cows had the most expensive fly weight calves. A three-weight steer there could bring almost as much as a five-year-old bred cow. The problem in that region is there was a huge slide which crushed Value of Gain (VOG) throughout the spectrum

In the rest of the country the VOG was erratic, getting squeezed just a bit on either side of five hundred pounds. Weigh classes could see VOG of $1.22 to $2.45. Even with some of these higher Cost of Gains we are seeing across the country the market is trying to help.

This week feeder bulls were up to 30 back unweaned calves were up to 25 back and there was a huge roll back on fly weight heifers.