Producers in 1,369 counties in 31 states are eligible for disaster assistance. 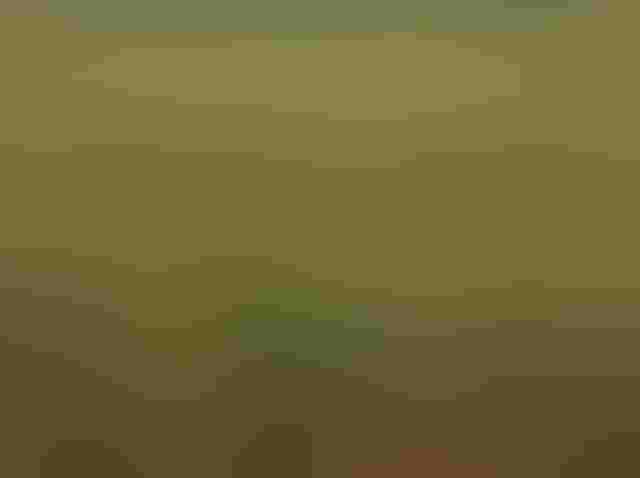 Agriculture Secretary Tom Vilsack today designated 76 additional counties in six states as primary natural disaster areas due to damage and losses caused by drought and excessive heat. During the 2012 crop year, the USDA has designated 1,369 counties across 31 states as disaster areas—1,234 due to drought—making all qualified farm operators in the areas eligible for low-interest emergency loans. The additional counties designated today are in the states of Indiana, Illinois, Kansas, Michigan, Nebraska and Wisconsin. The U.S. Drought Monitor currently reports that two-thirds of the continental United States is in a moderate to exceptional drought.

"President Obama requested that USDA take the steps within our existing programs to support struggling farmers and ranchers and we announced these new measures earlier this week," said Vilsack. "The President and I are committed to ensuring that agriculture remains a bright spot in our nation's economy by sustaining the successes of America's agricultural economy through these difficult times. As USDA officials visit drought-stricken areas to stand with our producers and rural communities, the urgency for Congress to pass a food, farm and jobs bill is greater than ever. The hardworking Americans who produce our food and fiber, feed for our livestock, and contribute to a home-grown energy policy—they need action now. That is why USDA is taking every possible step to help farmers through this difficult time."

During the week ending July 22, the portion of the U.S. corn crop rated in very poor to poor condition climbed to 45%, according to USDA's National Agricultural Statistics Service. Soybeans rated very poor to poor rose to 35%. Such ratings for both commodities have increased for seven consecutive weeks. During the same period, from June 3 to July 22, the portion of the U.S. corn rated good to excellent fell from 72 to 26%. Soybeans rated good to excellent tumbled from 65 to 31%. The current corn and soybean ratings represent the lowest conditions at any time of year since 1988. At the same time, more than half—or 55%—of the nation's pastures and rangeland are rated in very poor or poor condition.

Last week, President Obama and Secretary Vilsack met to discuss additional steps the Administration could take to help farmers and ranchers recover when disaster strikes. Five days later, Vilsack announced USDA's use of existing authority to help create and encourage more flexibility within USDA's major conservation programs as well as the Federal Crop Insurance Program. USDA announced that it will allow additional acres under CRP to be used for emergency haying or grazing. The action will allow lands that are not yet classified as "under severe drought" but that are "abnormally dry" to be used for haying and grazing. In addition, USDA is allowing producers to modify current Environmental Quality Incentives Program (EQIP) contracts to allow for grazing, livestock watering, and other conservation activities to address drought conditions, and has authorized haying and grazing of Wetlands Reserve Program (WRP) easement areas in drought-affected areas where haying and grazing is consistent with conservation of wildlife habitat and wetlands. USDA has expedited its authorization process for this haying and grazing. Vilsack also announced plans to encourage crop insurance companies to provide a short grace period for farmers on unpaid insurance premiums, as some farming families can be expected to struggle to make ends meet at the close of the crop year.

Increasingly hot and dry conditions from California to upstate New York have caused significant crop damage to many crops, including corn and soybeans, as well as pastures and rangeland. Vilsack has instructed USDA subcabinet leaders to travel to affected areas to augment ongoing assistance from state-level USDA staff and provide guidance on the department's existing disaster resources. To deliver assistance to those who need it most, the Secretary effectively reduced the interest rate for emergency loans from 3.75% to 2.25%, while creating greater flexibility for ranchers within the Conservation Reserve Program (CRP) for emergency haying and grazing purposes. In addition, the disaster designations announced today fall under a new, streamlined process that simplifies Secretarial disaster designations and will result in a 40% reduction in processing time for most counties affected by disasters.

The Secretary of Agriculture is authorized to designate disaster counties to make disaster assistance programs available to farmers and ranchers. During times of need, USDA has historically responded to disasters across the country by providing direct support, disaster assistance, technical assistance, and access to credit. USDA's low-interest emergency loans have helped producers recover from losses due to drought, flooding and other natural disasters for decades.

USDA agencies have been working for weeks with state and local officials, as well as individuals, businesses, farmers and ranchers, as they begin the process of helping to get people back on their feet. The U.S. Small Business Administration has also made 63 agency declarations in 33 states covering 1,675 counties, providing a pathway for those affected to apply for an Economic Injury Disaster Loan (EIDL). SBA's EIDLs are available to small, non-farm businesses that are economically affected by the drought in their communities.

Also today, USDA released an infographic that helps to illustrate how growth and diversity in the U.S. agriculture sector since the 1988 drought has better positioned American agriculture to endure the current natural disaster. For this and other updates about USDA's efforts to respond to the drought, please visit www.usda.gov/drought.