The President said by raising the bar for citizenship, the move would serve as a safeguard for U.S. jobs and benefit American workers. Perdue suggests a new and better farm labor visa plan should be developed to address the growing labor challenges of U.S. agriculture. 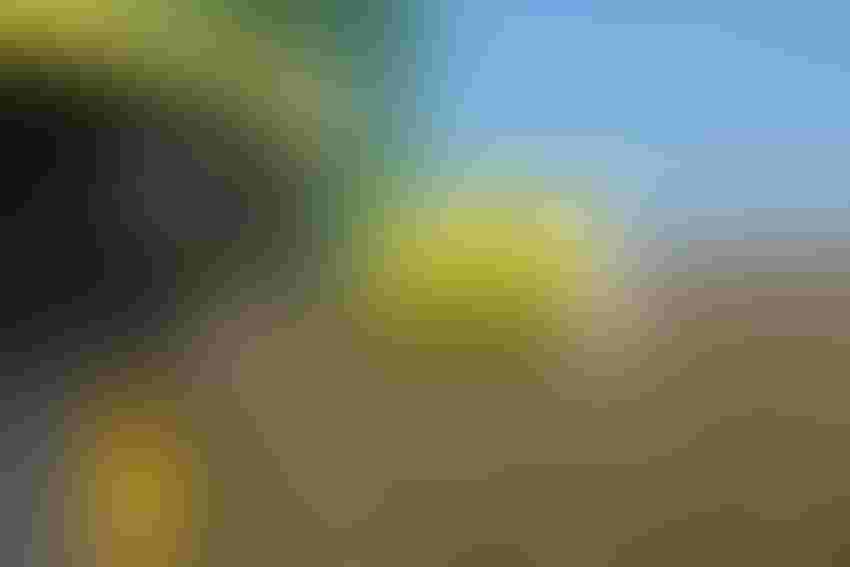 High quality and good yields from the 2016 cotton crop result in a spike in exports.

Could we be seeing the first rough spot in the road in the so-far smooth policy relationship between President Trump and his agriculture secretary Sonny Perdue?

The President has generally taken a hardline stand on immigration issues like a border wall, border security, and tougher immigration laws, and he seemed to continue that thinking this week when he announced his endorsement of a plan to reduce legal immigration numbers and create a merit system whereby immigrants seeking citizenship would be graded by things like whether they speak English or are skilled in a trade or discipline regarded as key to U.S. interests.

The President said by raising the bar for citizenship, the move would serve as a safeguard for U.S. jobs and benefit American workers.

But just a few days before the President endorsed that plan, Perdue told reporters that the current farm labor visa program is "essentially unworkable," and suggested a new and better farm labor visa plan should be developed to address the growing labor challenges of U.S. agriculture.

Those comments were made in Mexico City during a trip involving meetings between Perdue and Mexican trade partners to discuss upcoming NAFTA renegotiations. During those meetings, Mexico's La Prensa newspaper reported Mexican officials made it clear to Perdue that they want an "integral" approach to renegotiating NAFTA that addresses issues including immigration. Of equal concern, Perdue said after the meeting that Mexican trade officials indicated they would look to South America for grain imports if upcoming NAFTA talks with the U.S. do not go well.

The Secretary said he thinks Mexican officials may have been referring to alternatives to U.S. grain to supply Mexican feed lots.

Concern among U.S. farmers and farm groups continues to grow, however, as renegotiation talks approach. Some support groups say the 23-year old pact secures access to stable, lucrative markets in Mexico and Canada that account for nearly 30 percent of U.S. farm exports. A few have even expressed concern that agricultural trade in NAFTA may be used by U.S. negotiators to secure a better trade deal for the U.S. manufacturing sector, a campaign promise offered by Trump last summer.

Joe Schuele, a spokesman for the U.S. Meat Export Federation, expressed his concerns on the issue recently.

"Perhaps some other sectors of our economy are given better terms, and in exchange for that, agriculture tariffs would be reintroduced," he said, adding that such a tradeoff could be devastating to U.S. agricultural production.

U.S. cotton producers particularly are concerned that if the Trump administration weakens the existing NAFTA agreement, it could “threaten the health of the U.S. cotton industry" and the jobs of the 125,000 Americans employed by it.

Cotton, corn, pork, beef cattle, soybean and other producers and their support groups are quick to point out that U.S. farm exports to Mexico have grown from about $4 billion at the outset of the NAFTA agreement in 1994 to an estimated $18.5 billion last year, and any reduction in an agricultural surplus with Mexico could be devastating to an industry that is already challenged by low crop prices and at a time the U.S. livestock industry is rebuilding after herd reductions caused by drought in the early years of this decade.

With the latest rhetoric about building the wall on the U.S.-Mexico border and an additional push to further limit legal immigration policies and laws, farm groups are concerned those issues will only serve to further agitate both Mexican and Canadian trade officials prior to the start of renegotiating sessions scheduled for later this month.

"You should not start off trade negotiations by picking fights with your trade partners that are completely unnecessary," warned Aaron Lehman last April. Lehman is a fifth-generation Iowa farmer who produces corn, soybeans, oats and hay on his farm and like many Midwestern growers, depends on exports to Mexico to keep his farm operation profitable.