After 200 birthdays, and ups and downs, there are some concerns...

Hundreds of Mississippi bridges are in deficient, if not dangerous, condition — an impediment to shipment of agricultural crops and other commerce.

In the crush of end-of-year publishing schedules and the general breakneck pace of the holidays, it almost escaped me that the state in which I’ve spent my life had a big birthday Dec. 10.

Happy 200, Mississippi! It seems but yesterday we toasted your 150th. We’ve both had our ups and downs, but here we are, still pluggin’ along. Alas, though, we’re both somewhat worse for the wear — and frankly, I’m just a bit worried about you. 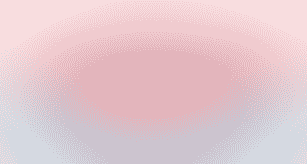 From east to west, north to south, your highways are in horrible, horrible condition, with little maintenance or new paving for several years now, and hundreds of bridges are in deficient, if not dangerous, condition, both the result of steadily declining federal funds, but more to the point, the stubborn refusal of legislators to increase a gasoline tax that hasn’t been raised in 30 years, or to find other ways of financing desperately needed improvements.

The 2018 legislative session cranked up Jan. 2, and the state's crumbling infrastructure is on the list of priorities for discussion. But it remains to be seen whether any meaningful program (and how to pay for it) can be agreed upon, or if this can will be kicked down the potholed road yet again.

Funding cuts for public schools and universities constantly challenge education leaders to do more with less, including for agriculture, still the state’s No. 1 industry. But while infrastructure, education, and other key services struggle, state leaders in 2016 pushed through the largest corporate tax cut ever.

Too many of our best and brightest grads — particularly in science, math, and engineering — go elsewhere for careers rather than putting their talents and smarts to work making their home state better. The Mississippi College Board says just a tad over half of graduates from our eight public universities are working in the state five years later. And there still are too many kids who never even make it through high school.

Commissioner of Higher Education Dr. Glenn Boyce recently warned “if we don’t improve post-secondary attainment fast and hard, we won’t be able to compete for the future … and from what I’ve observed over the last few years … I’m not sure we’re going to be able to compete in the present.”

Though Mississippi has snagged some major industries, beginning in the 1950s with furniture manufacturing in northeast Mississippi, which begat many spin-offs that created thousands of jobs, to today’s aerospace, electronics, ship building, and auto manufacturing plants, there is concern by economic development leaders about the future.

Joe Max Higgins, the spectacularly successful Columbus, Miss., economic development specialist who was spotlighted on “60 Minutes” a while back, laments that ours is the only sunbelt state seeing a population erosion, and worries that the brain drain may endanger the ability to attract industry to the state 20 years to 30 years down the road.

And our health: lordy! About 1.5 million Mississippi adults are overweight or obese, slightly more than half the population. We rank first in the nation for overall diabetes prevalence; almost 15 percent of our citizens are living with diabetes, exacerbating cardiovascular and other medical conditions, adding to already astronomical health care costs.

So, let’s pass on the birthday cake and ice cream, and get to shapin’ up…