SPONSORED: Corn yields on dryland fields were anywhere from 30 to 70 bushels per acre. Bob Wade fields' under T-L pivots yielded in the range of 250 bushels. 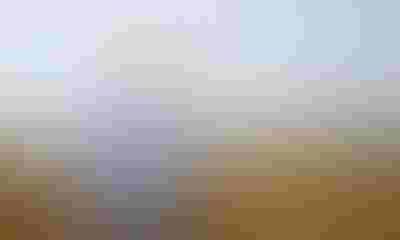 When he put together the budget for four T-L center pivot irrigation systems in 2012, Bob Wade, Jr. based the financial sheet on an average increase of 50 bushels of corn per acre. As it turned out, the difference was closer to 200 bushels per acre.

Thanks to the severe drought that hit much of the Midwest that year — including the area around Glendale, Kentucky, where Wade farms approximately 4,000 acres of wheat, corn and soybeans — corn yields on dryland fields were anywhere from 30 to 70 bushels per acre. In the meantime, yields under Wade’s T-L pivots were in the range of 250 bushels.

“We had some soybeans under the pivot that year, too,” Wade relates. “But the yield difference wasn’t as dramatic because we finally got some rain in late July and August, which helped the soybeans along. As a result, we averaged around 53 bushels per acre on dryland beans, with some fields under irrigation into the 70s. But with no rain and 106-degree days, the dryland corn was gone by the end of July.”

Wade says in addition to the moisture the center pivots provided, the water also cooled the fields.

“It was probably 10 degrees cooler in the corn under the pivots,” he recalls. “Of course, the pivots were running almost 24/7 during the drought. That’s when you realize just how important it is to have some of the crops under irrigation.”

Due in part to that early success, Wade added four more T-L pivots in the spring of 2013, followed by another two in the fall, bringing the total under irrigation to nearly 1,000 acres. All but one, he says, make a full circle, covering 60 to 120 acres each. While most of them pull water directly from nearby rivers, the three located near the farmstead were a little more of a challenge. Consequently, Wade is building a new six-acre pond near his house to serve as a continuous water supply.

“It’s designed to hold almost 46 million gallons and supply around 800 acres,” he says. “In the meantime, the pond will get its water from a well that pumps about 500 gallons per minute and a wet-weather creek that feeds into it,” he adds, noting that he also had bridges built so one of the pivots could cross the creek. “My plan was to build the pond for a steady water supply that could exceed the well capacity when necessary; but all of a sudden, I have all these friends offering recreational ideas,” he grins. “They’re all thinking about the fishing opportunities.”

Still, Wade had more than drought protection and fishing in mind when he started building the pond and buying more pivots. He was also thinking of the increased income potential.

“It’s all about making the land that I own more productive,” he says. “As crop land rent has gone up, it has become more economical to put irrigation on the land that I own and increase yields that way than to rent more land. It’s simply a way to expand without acquiring more land or labor.”

Wade says the pivots also provide a means for adding 32 percent liquid fertilizer during the growing season and applying fungicide when necessary.

“In 2012, I made two applications of nitrogen and one application of fungicide through the pivot,” he explains. “I think the fungicide application, in particular, was more precise than it has been when we had it flown on.”

Wade had more in mind than just the precision provided by continuous-movement, hydraulic drive, though. He also credited Ken Moore with R & K Pivots, his T-L dealer for his decision.

“I looked at all the different brands and talked to several company representatives at the farm shows,” he relates. “But I ultimately decided on T-L because I liked the dealer. R & K Pivots has been in business for almost 30 years, while the dealers for some of the other brands have only been around since pivot irrigation started moving east.

“I also liked the hydraulic drive, since some of the bottoms, where I pull the irrigation water out of the river, tend to flood on occasion,” he adds. “I didn’t want to worry about having electric motors under water.