Toxins diminish in fescue feed as winter presses on. 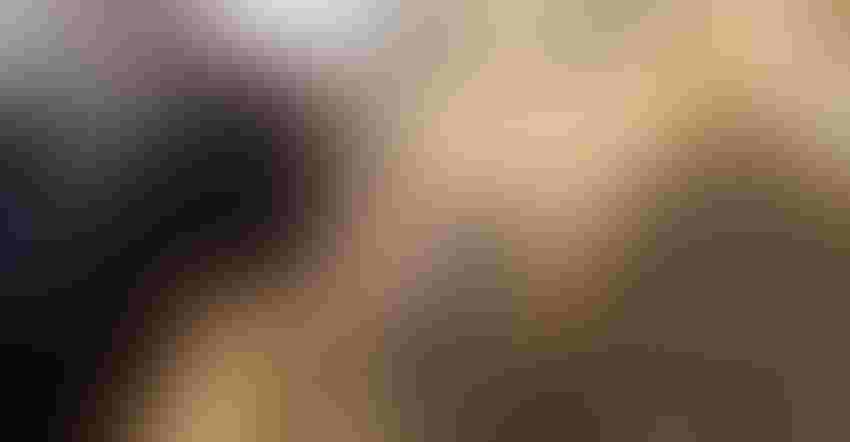 RIGHT TIME: Stored fescue hay is perfect feed for beef cattle in winter months as toxins are at a tolerable level. MartinFredy/Getty Images

Winter feeding of forage to beef herds doesn’t rank high as a favored job for herd owners. But there is a bright side to feeding fescue, whether in hay or grass. Fescue toxins are down.

“This is the best fescue will be, now until pastures green up again,” says Craig Roberts, University of Missouri Extension forage specialist.

Most fescue forage contains a toxin that restricts blood circulation in cattle. That creates harm in many ways, including low gains, low conception, and frozen feet and ears.

Hay cut for baling starts losing toxins as it cures in the field. After hay is baled and stored for winter, toxins continue to drop.

By January, both hay and grass hold their lowest levels of toxic alkaloids that cause problems.

Toxins are highest in the spring growth because of the reproductive stage. Stems and seed contain high levels of alkaloids.

In fall, the fescue grows only leaves, no seed stems. Leaves store the toxin.

Winter-stockpiled fescue responds well to rotational grazing. In that system, large pastures are divided into smaller paddocks. Cattle move to the next ungrazed grass as the feed runs out in a paddock. In the nongrowth season, there is no need to install a back fence. The cattle move forward to fresh grass.

Toxic tall fescue, Kentucky 31, is the most-used grass in Missouri. Now, new plantings can be made with novel endophyte varieties. Seed companies have replaced toxic endophyte, a fungus, with a new natural nontoxic fungus.

Novel endophyte fescue has advantages throughout the year, in grass or hay. Farmers learned many workarounds and tricks of grazing toxic fescue to reduce harm.

A new set of schools was developed for teaching across the Fescue Belt, reaching from Missouri to the Carolinas and Georgia. Schools in six states will be held in March.

The Alliance for Grassland Renewal now manages the new schools. They teach how to plant and use the improved novel endophyte fescues.

The Missouri school will be March 18 at MU Southwest Research Center, Mount Vernon. At the school, farmers will see side-by-side plots of the new varieties. Schools in other states are shown at www.grasslandrenewal.org/education.htm.

Dailey is a retired MU Extension professor. He writes from his home in Columbia.