SPONSORED: The amount of weed pressure we have seen is strong evidence that excessive rainfall and wet field conditions in 2015 delayed the application of residual herbicides. 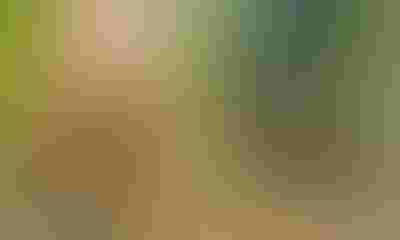 The amount of weed pressure we have seen is strong evidence that excessive rainfall and wet field conditions in 2015 delayed the application of residual herbicides. Not only did growers throughout Ohio experience escapes of standard weeds such as marestail and resistant common ragweed but also growers now have patches of giant ragweed that weren’t controlled or that emerged late. In addition, there are fields with Johnsongrass and other grasses. In soybeans, volunteer corn was not controlled.

Regardless of the situation in your fields, this year’s experiences illustrate the value of building and carrying out a comprehensive weed control program.

Weather challenges in 2015 illustrate the value of building and following a program approach to weed control. With new technology such as the Enlist™ Weed Control System, timely postemergence applications of Enlist Duo™ herbicide at full label rates will help take control of the toughest weeds.

The first year after a big flush of weeds is the most challenging, and even one year of poor weed control can be costly to overcome. As you begin planning for 2016, spend more time on the fields with specific weed issues that weren’t controlled effectively and on wheat stubble or prevented-plant acres.

It is important to understand the weed spectrum in each field and build a plan designed to control weeds early. Be aware of weed types and common resistant species in your area. It’s important to have a plan for your season; that way, if changes such as weather delays occur or weed escapes happen, you’ll have an option already in mind.

Take action now to control actively growing weeds with a fall burndown or tillage. And consider rotating prevented-plant acres to corn next year because there are more-aggressive choices available for early season weed control in corn.

When planning a herbicide strategy, especially in areas with significant resistant populations, use a program approach that starts with broad-spectrum soil residual herbicides offering multiple modes of action. Preemergence herbicide applications — including a burndown — create a clean field at planting and offer control of early season weeds, eliminating weed competition during the crop’s critical early growth. Sonic® herbicide in soybeans or SureStart® II herbicide in corn are two products to consider for early residual control.

With early season control in place, you’ll have time to plant your entire crop and then come back with timely applications of postemergence weed control. Scout fields to make applications when weeds are small and actively growing. Apply full rates following label directions to ensure optimum control and limit opportunity for resistance to develop.

New technology such as the Enlist™ Weed Control System and timely applications of Enlist Duo™ herbicide at full label rates provide an additional mode of action to help control the toughest weeds, including resistant and hard-to-control species post application. Enlist corn and soybeans are tolerant to Enlist Duo herbicide, a proprietary blend of new 2,4-D choline and glyphosate.

For more information on the latest herbicide-tolerant trait technology available to help you manage hard-to-control and resistant weeds next year, visit the Enlist YouTube channel, follow on Twitter at @EnlistOnline or visit Enlist.com.

®™Enlist, Enlist Duo, Sonic and SureStart are trademarks of The Dow Chemical Company (“Dow”) or an affiliated company of Dow. Enlist Duo, Sonic and SureStart II are not registered for sale or use in all states. SureStart II is not available for sale, distribution or use in Nassau and Suffolk counties in the state of New York. Contact your state pesticide regulatory agency to determine if a product is for sale or use in your state. Always read and follow label directions. ©2015 Dow AgroSciences LLC