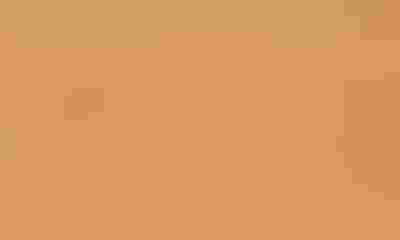 Updated with comments from Bryce Knorr.

Farmers are set to harvest huge corn and soybean crops this fall, which should push prices even lower and make it harder to make ends meet on the farm.

The long-awaited USDA crop report on Friday raised this fall’s expected U.S. corn harvest to a record 15.15 billion bushels and the soybean harvest to 4.06 billion. In July, USDA had corn at 14.54 billion and soybeans at 3.88 billion.

Production increases had been expected because of good growing weather. The hot, dry summer that many had feared did not develop. Regular showers and mostly seasonal temperatures allowed the crops to flourish with USDA a few days ago rating the corn 74% good to excellent and soybeans 72%.

“It is hard to find much that is bullish in today’s reports. The numbers for corn were especially negative for prices,” said Bryce Knorr, Farm Futures senior grain market analyst. “The agency’s production estimate of 15.153 billion bushels supplies the market with just way too much corn.”

“The soybean estimate is a little bit less bearish, but only because of strong demand that will limit the increase in carryout in the coming year,” he said.

Harvested acres were unchanged for corn and soybeans but yields were raised with corn at 175.1 bushels from July’s 168 and soybeans went to 48.9 from July's 46.7

Ending stocks for the 2016 crops were raised with corn at 2.41 billion bushels from July’s 2.08 billion and soybeans went to 330 million from 290 million. As expected, exports were raised for both crops, but not enough to offset the increases in production.

“Wheat remains a laggard, with no indication the market has hit bottom. Exports may pick up a little due to damage in Europe, but there’s still too much wheat around the world,” said Knorr.

USDA also lowered its estimates for this year’s Brazil corn harvest to 68.5 million metric tons from 70 million, but kept its soybeans unchanged at 96.5 million.

“Growers likely will argue with USDA’s estimates. But the latest Vegetation Health Index showed significant improvement for both corn and soybean crops over the past week,” Knorr said of the U.S. numbers. “Like them or not, these are the numbers the trade will use for a while.”