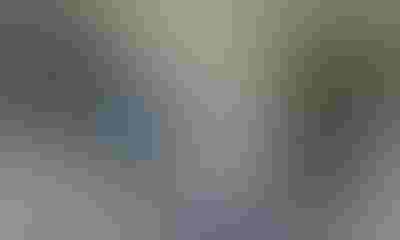 The current trend of larger and larger farm machinery to get more done in fewer passes may be reversing in years ahead, according to Bill Wilkins, who farms 135 acres of corn, soybeans, rye and some wheat, south of Troy with his wife, Shauna. When others are using deep tillage trying to correct problems caused by soil compaction, the Wilkins are staying true to their 23-year practice of no-till with cover crops. It’s just one component of their strategy to continue to build soil health, while conserving the environment and building wildlife habitat.

The Wilkins are recipients of the 2016 Ohio Conservation Farm Family Awards and will be honored during a ceremony and luncheon on the first day of the Farm Science Review Sept. 22.

“Fifty years ago, a heavy tractor weighed 6,000 pounds, but now they can weigh up to 60,000 pounds,” says Bill, who has installed grassed drive lanes along field borders. “Trees along the field borders compete with crops for water and sunlight that reduce crop yields. So it makes sense to turn these areas into grass-covered driveways for equipment travel to reduce compaction of cropland.”

He’s also installed a 120-by-150-foot grass-covered staging area, where farm equipment is parked for seed and fertilizer filling and where grain is unloaded from the combine. “Combines in addition to heavy tractors and tillage equipment continue to create compaction problems on tillable land,” he says. “I look for the day when the focus is on downsizing, using drones with several four- to six-row planters and smaller harvesting units. It just makes good sense to eliminate yield-robbing soil compaction.”

No-till practices and the reduced compaction on their farm have improved soil health and eliminated areas where water ponded after a rain. “Now, our crops are bigger there — no bare spots — and our yields continue to increase,” says Bill, who has been heavily focused on building soil health for 23 years.

Bill believes in being a good steward of the land. “It’s good for the ground, wildlife; favorable for society; and there are incentives to help you. And it really just makes you feel good to be doing what you know is the right thing.”

Bill’s love of wildlife prompted him to plant 7 acres to native switchgrasses and flowers that provide ideal habitat for pheasants, quail, doves and other upland birds in a program named CP-33. He has planted 1.4 acres to alfalfa, clover and several other flowering plants (pollinator habitat) that provide flowering blossoms to serve as food for beneficial insects.

Using nutrients responsibly is also at the core of the Wilkins farm. Bill has established 30-foot-wide buffer strips along a mile of an open ditch that runs through his farm. It was seeded to permanent grass that filters out fertilizers and herbicides.

He routinely pulls soil samples and tests to determine the correct application of fertilizers and nutrients on cropland. The use of slow-release fertilizers reduces the amount of unwanted nutrients into water sources.

Bill continues to work to eradicate noxious weeds, including poison hemlock, thistle, poke weed and vines. Overgrown field borders have been improved by removing undesirable trees, and honeysuckle bushes are being replaced with more than 300 evergreen and hardwood trees.

Implementing new conservation practices means adapting and even embracing a new way of doing things. Bill is a master at adapting, not only in farm management but also in life management.

His grandparents were farmers, as were his parents. Shauna was a city girl. For a fleeting moment in his adolescence, Bill didn’t want to follow that lineage. “I grew up on a large grain and livestock farm near the Ohio Caverns, and I had chores, such as feeding calves and other livestock, beginning as a 4-year-old,” he says.

After graduating high school, he spent some time in California working for a concrete breaking and sawing company, with a plan of saving money to buy farmland. In less than a year, he came back to the home farm in Champaign County since his dad needed his help.

He was 21, and to this day, he’s reminded of how life can change in an instant. On Feb. 12, 1974, he was helping a neighbor fix his tractor when the chain holding the tractor gave way. “A chain is only as strong as its weakest link,” he says.

Surgery saved his life, but not his mobility. Although he spent eight months in the hospital recovering from the accident and in rehabilitation, he would not regain function from his waist down.

The next spring, he enrolled at Ohio State University. Love blossomed several years later when Bill met Shauna, a nurse. They married a year later and traveled to Utah, where Bill went back to college and was the first student in a wheelchair to graduate with a bachelor’s degree from Utah State University.

The Wilkins welcomed their son, Ben, and the lure of the farm and the need for him to know his grandparents brought them back to Ohio in 1986. They bought the farm where they call home in 1993.

Bill took a job at Farm Credit Services as a loan officer and then moved into middle management. “Corporate politics got the best of me,” he says.

Bill and a friend became entrepreneurs in 2003 when they formed Consolidated Appraisal Services Co. They began the company to provide a living for themselves, but soon began adding employees. They now have 16 employees that complete residential, farm and commercial property appraisals throughout Ohio and eastern Indiana. His real love remains the farm. “The farm saved his life,” Shauna says.

Bill has received assistance from the Ohio AgrAbility Program to purchase items that help him continue to farm from a wheelchair. Bill has been a member of Ohio AgrAbility where he acts as a mentor, helping other farmers and farm families who have suffered life-changing injuries.

As part of the Ohio AgrAbility Program, Bill works with University of Dayton engineering students each semester coaching them as they work to design and build prototypes of tools that may assist farmers with disabilities.

He also works with veterans in the Dayton and Cincinnati area who are dealing with issues such as post-traumatic stress disorder and drug dependency to grow vegetables.