Hand-hoeing couldn’t save one Missouri soybean test site, while others saw 80-plus-bushel yields. 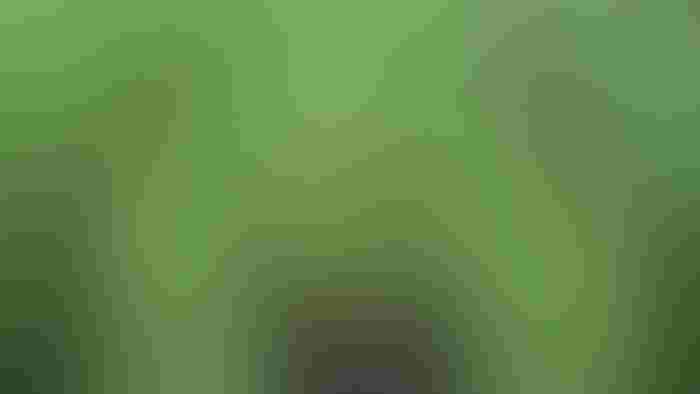 TACKLE WEEDS EARLY: When precipitation did not fall after preemergent residual herbicide applications last spring, it lost its efficacy and resulted in weed-filled soybean fields. Staying ahead of them proved difficult. Courtesy of University of Nebraska Extension

Weeds in soybean fields were a big issue in 2022 for both farmers and university researchers.

“It was kind of a nightmare trying to control weeds this year,” says Mark Wieberg, a University of Missouri senior research specialist who manages the MU Variety Testing Program. He notes that despite preemergent residual herbicide applications, the weeds showed up in force in soybean fields across the state.

“The preemergent herbicides went down,” he explains, “but many areas just didn't have rain for three to four weeks and a lot didn't get activated, or once it did get activated, most of it was already gone.”

Without that early-season herbicide treatment, fields saw a large flush of weeds. For Wieberg, it was only complicated by conventional varieties in the MU Variety Testing Program, where they use conventional herbicides, which in some cases weeds don’t respond because of herbicide resistance.

In an effort to control weeds, Wieberg’s staff rolled up their sleeves. “We did a lot of spot hoeing on quite a few fields.” He adds that while the old-school method was successful in some areas, one location suffered.

“We lost our Albany location because they just had two or three flushes a week of weeds,” he explains. “We did everything we could, but still couldn’t control the weeds. It wrecked our test, unfortunately.”

Southwest Region. This area saw late planting because of rain. When the rain stopped, it didn’t return. In one location, Wieberg noted that from the day soybeans were planted to harvest, it received about 2 inches of rain. Yields took a hit. Still some areas saw 55-bushel highs, but 28-bushel lows.

Central Region. All soybean plots went in timely — the second week of May through the first part of June. Consistent yields persisted in this region with only slight variations in yield. The average soybean yield of all varieties across five locations in Group 3 was 58.7 to 67.9 bushels, and 64.4 to 70.5 bushels in Group 4.

Southeast Region. Soybeans went in on time. This was the bright spot of 2022 soybean trials. At the Fisk location, 13 varieties surpassed the 100-bushel mark, with one hitting 112. On the flipside, the Campbell location suffered deer damage early in the season and replanted. Yields reached highs of 56 bushels.

Northern Region. The northwest area of the state was wet, delaying planting until the second week of June. Mooresville was the sweet spot with six Group 4 varieties topping 80 bushels per acre. Rockport also reported good yields — one in the 80s and 10 more in the 70s.

Browse through the gallery to find the Top 10 soybean varieties in your area from the 2022 MU Variety Testing Program.