When we understand the outcome of our actions, only then can we see nature solve many of our problems for us. 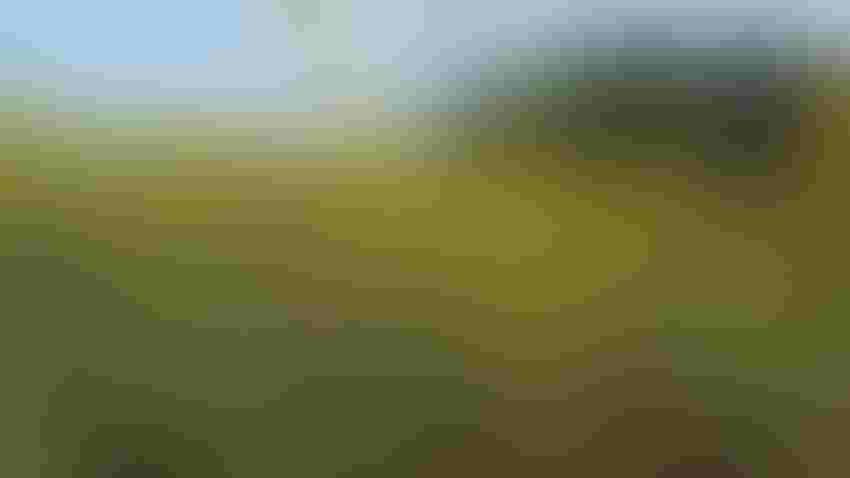 Maximillian sunflower is one example of a beneficial species damaged by poor management, in this case continuous grazing.Alan Newport

There is a saying in ranch country, “Spring rains kill lice.” In some places it comes out, “Green grass kills lice.”

Either way, the thing people are observing is an improving plane of nutrition strengthening immune systems, thereby reducing parasite loads. This occurs not because some material in green grass kills lice but because of improved nutrition.

The cattle are benefitting from a diet with increased protein and more digestible forage but also with more biologically available trace elements, vitamins and beneficial enzymes.

Further, these compounds are being shared between grazing animals, grazed forage, and microbial populations in soil, in plants and in animals. Cow eats grass seems a simple concept, but is really only one part in the complex web of life that is a grassland.

Often overlooked but extremely important participants in this symphony of life are beneficial insects and the microbial life on and in the soil. Sadly, many of our common agricultural practices wreak havoc on these valuable organisms. We have been well conditioned by the unrelenting harangue: Bugs are bad, germs are bad. This from people selling poisons to kill these creatures, and from their true believers. In truth, most species of insects and microbes are beneficial. A large percentage is essential. Therefore, assuming a simplistic viewpoint and trying to dominate nature is the source of many of our troubles, ecological and financial.

In nature, before human intervention, balance between the plant kingdom and the animal kingdom is established. Not perfectly, as there are sometimes too many grazers, sometimes too few, but always working toward balance in the long term.

The same situation occurs within the animal kingdom. Sometimes too many predators, sometimes too few, but always moving toward balance. This is true of Trichogramma wasps and aphids on pecan trees, of coyotes and rabbits on grasslands, and of wolves and caribou on tundra. When nature is running things, if the number of predators gets too high, prey animals decrease, which reduces predator populations. Reduced nutrition brings lower reproduction due to fewer offspring born and lower survival rates. When reduced predation allows prey animal numbers to recover, balance is restored.

Since predators reproduce at a much slower rate than prey animals, humans intervening to kill predators can cause an explosion of rats, rabbits or other prey animals. A similar thing happens when pest insects are sprayed; The predator insects are killed along with the pests, guaranteeing an explosion of pests in the future. These are scientific associations and facts that we must live with.

This does not mean that we must resign our selves to donating half our lamb crop to coyotes and half, sometimes all, of our pasture to army worms. However, killing pests such as coyotes, army worms and horn flies is seldom a valid way to reduce damage in the long term.

The real solution to pest problems is to mimic nature and promote biodiversity. We need diversity of lifeforms in soil, in plant populations and in animal populations. Biodiversity is accomplished by creating the conditions that promote life in all its multitude of forms.

Pest organisms only become a problem when their populations make up too large a percentage of a local ecosystem. Weeds become a problem when conditions favor their growth over that of forages. One practice, always necessary to restoring balance, is to stop indiscriminate killing. This is true of coyotes, of weeds, of heel flies. If you have a coyote killing your goats, you need to kill that coyote. If, however, you have a resident coyote that is not killing, it is an asset. It eats rabbits, rats, and prairie dogs and discourages coyotes that might be stock killers from locating in its territory. I have killed a lot of coyotes over the years, but I always had a coyote problem until I stopped killing every coyote I could.

Flies and internal parasites can be controlled, more or less, with frequent applications of poison. There is a cost for this method, however, that goes beyond time and money spent and reduced animal performance. How many stockmen do you know who have developed cancer? Keeping animals on clean pasture with good grazing management, moving away from pests, solves the parasite problem without spending money while promoting health in man and beast.

We are the reasoning species. We can do better. You can read more on this and other subjects at http://waltdavisranch.com