&bull; The cards look good! Contracts in the Carolinas and Virginia are for $700 a ton for Virginia types and $650 a ton for runners, with a $25 premium for high oleic varieties.&bull; The big concern is that U.S. growers will plant a record number of acres of peanuts without having a contract in hand and turn the supply versus demand ratio from favorable for good peanut prices to one that will insure a return to low prices in future years. 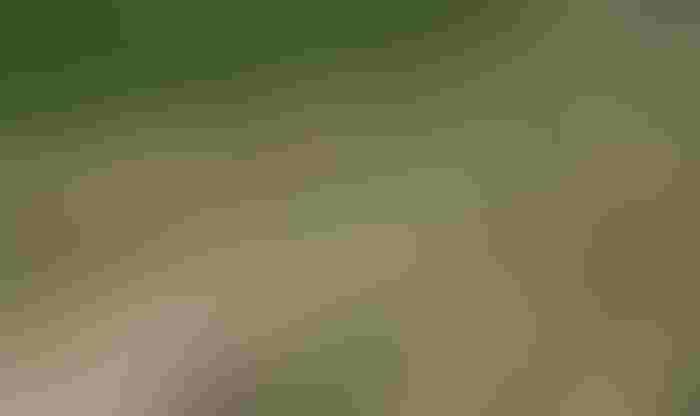 The cards seemed to be stacked for a big increase in peanut acreage across the Southeast this year, but playing the hand out may be a wiser economic move than going all in with peanuts.

It’s been well documented that peanuts have sold for more than $1,000 a ton and plenty of growers who didn’t contract in 2011, taking the $355 a ton government loan, made lots of money when those peanuts sold for unsustainably high prices.

The cards look good! Contracts in the Carolinas and Virginia are for $700 a ton for Virginia types and $650 a ton for runners, with a $25 premium for high oleic varieties.

As of the last week in January those contracts had only been offered in the V-C Peanut Belt and in Arkansas. Yes, Arkansas. A sheller in Oklahoma is offering the same contracts to Arkansas growers willing to try peanuts.

Some things new growers should consider about the contracts include:

• As of late January no contracts have been offered to new growers. Contracts offered in the V-C area are based on 2011 acreage.

• Also, the contracts that have been offered are for a percentage of the crop at $700 a ton and higher percentage at $600 a ton. Some buyers are allowing growers to take the $700 and not sign the $600 contract and some are requiring growers to sign both contracts to get the higher prices.

Another indication of big increases in peanut acreage is the increase in sales of peanut equipment.

KMC, a major manufacturer of peanut equipment, has taken more pre-delivery orders for equipment than at any time in the company’s history.

New growers hoping to buy equipment will have two problems.

The first is availability accompanied by high prices for new or used equipment.

Financing could be a problem

The second is finding a banker to loan money, because all new growers are likely to have is the guarantee of a contract for $355 a ton.

It’s a good bet not too many $300,000-plus self propelled peanut pickers are going to be bought based on the government loan guarantee on peanuts.

Drought in Argentina is another good indicator of a big increase in peanut production in the U.S. As of late January and near the end of the growing season in the Southern hemisphere, Argentina, the main export competitor for U.S. grown peanuts, is facing one of its worst droughts in history.

Unless rains come by harvest time peanut yields may be down on a scale similar to what happened to production in Texas last year.

Lower production in South America, likely accompanied by dry harvest season weather and subsequent aflatoxin problems is bad for growers there, but could be good for U.S. growers.

The rapid fall in the price of cotton is another indicator of an increase in peanut acreage in the Southeast. Well publicized comparisons of $700 a ton peanuts being more profitable than $1 a pound cotton are a little misleading.

For one thing, don’t sell King Cotton short. As of late January, cotton prices have flat-lined at somewhere between 95 cents and a dollar a pound. The risk associated with growing cotton is significantly reduced by availability of better crop insurance options.

Comparing $700 a ton peanuts and $1 a pound cotton can be a little like comparing apples and oranges.

The big concern is that U.S. growers will plant a record number of acres of peanuts without having a contract in hand and turn the supply versus demand ratio from favorable for good peanut prices to one that will insure a return to low prices in future years.

The up and down cycle of peanut prices that has followed the end of the federal peanut program is remarkably consistent. Prices go down, acreage goes down, fewer peanuts are produced and prices go up.

Then growers over-plant and over-produce and they are right back in the cycle of up and down prices.

Every time the industry goes through one of these up and down cycles someone in the industry gets hurt financially. And, over the past few years getting an economic  slap in the face has caused growers, shellers, blanchers, buyers and people up and down the line to leave the peanut business.

Dell Cotton, director of the Peanut Growers Cooperative Marketing Association, says 2012 is not a typical year in which the U.S. peanut industry faces an over-production problem.

In the past most of the up and down nature of peanut production has been based on weather-related peanut shortages.

Though the Southwest belt was devastated by drought last year, other production areas made up the slack, and overall, 2011 was a good year for peanut production in the U.S.

“In my years in the peanut business I’ve never seen a state average two tons of peanuts per acre. Last year Mississippi and Virginia did it.

“Granted, these are two of the smallest states acreage-wise, but it does indicate that the 2011 crop was far from a beltwide disaster,” Cotton says.

The veteran director of the Virginia growers association contends the peanut industry didn’t get into a shortage situation in one year.

However, a big percentage of the crop was plagued with quality problems, which knocked a high percentage out of the edible market.

“When you combine the production factors that go back to 2010, with another reduced acreage year (1,097,600 acres) in 2011, it explains how we got into our current situation of being short on peanuts and in a supply and demand position in which growers are looking at making a big profit on their peanuts. My advice is to growers is to be careful,” he says.

Tyron Spearman, who is recognized as one of the true gurus of peanut marketing, takes a little different approach than Cotton, but comes to the same conclusion: Be careful when you make the decision to go big time with peanut planting.

Spearman says there are currently (late January) about a three-month supply of peanuts in the pipeline.

If demand continues to go up, supply will get tight and prices will likely stay high. “Already we are seeing growers in south Florida looking at planting peanuts in February to have some to sell when the current supply is gone and before growers begin to harvest peanuts in the Southeast and Southwest belts. That’s not likely to work for a number of reasons,” Spearman says.

There are plenty of reasons to keep the peanut crop to about 1.3 million acres, or about a 13 percent increase across the peanut belt, Spearman says.

Overall, the cost of production may increase in 2012 by as much as 10 percent from last year. In some varieties seed costs may jump by 50 percent.

“La Niña has been in effect for the past two growing seasons, yet growers are able to increase yield in most cases. In reality, growers have never grown some of these new high yielding varieties under ideal growing conditions.

“If we have a good growing season weather wise and over-plant, we could see an unprecedented jump in production, which could put us right back in an over-supply situation,” he says.

“Right now prices are good, and maybe sustainable at or near the current level. Demand for peanut products is up, demand for U.S. grown peanuts in the export market is up, especially for in-shell peanuts.

“All systems seem to be go, but we don’t want to go too far too fast, Spearman warns.

Both peanut marketing specialists agree the key to sustainable profitability for the 2012 crop is don’t over-plant.

(For another look into the 2012 peanut outlook, visit http://southeastfarmpress.com/markets/peanut-prices-strong-2012-acreage-question. As for production advice, specialists are now advising peanut growers to plant at least a portion of their crop at an earlier date. For that information, visit http://southeastfarmpress.com/peanuts/peanut-growers-advised-plant-more-their-crop-april).