Genomics&nbsp;already plays a role in peanut breeding and the use of the technology will continue to rapidly grow. Marker assistance technology can be used for screening for several traits in conventional breeding programs. 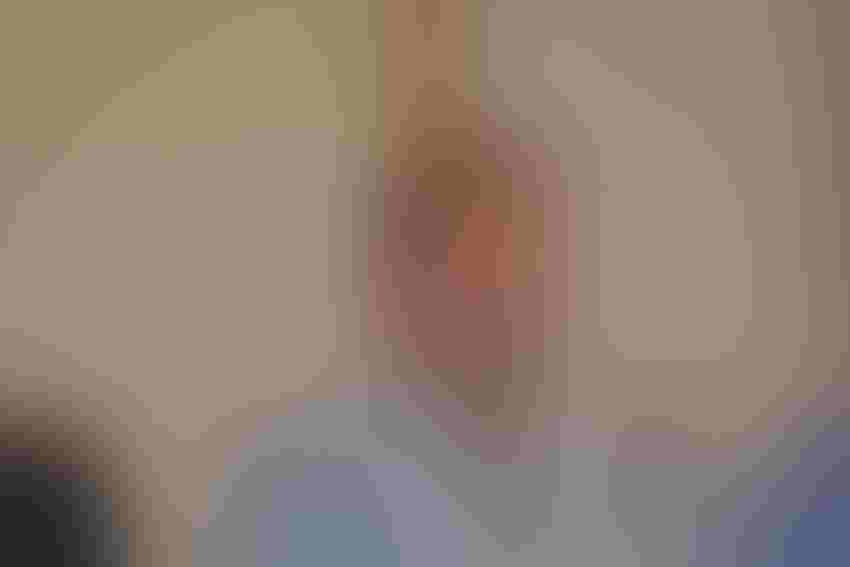 <p>In his genomics work, Corley Holbrook, peanut breeder and geneticist with USDA&rsquo;s Agricultural Research Service in Tifton, Ga., has worked with other scientists in the development of structured populations and coordinated phenotyping. Researchers asses the populations for traits such as yield, disease resistance, seed size and tomato spotted wilt virus.</p>

Genomics already plays a role in peanut breeding and the use of the technology will continue to rapidly grow. Corley Holbrook, peanut breeder and geneticist with USDA’s Agricultural Research Service in Tifton, Ga., said over the past few years there have been huge advances in genomics techniques used in peanuts.

“We sample between 7,000 to 9,000 plants every year and do molecular genetic analysis for high oleic and/or nematode resistance,” Holbrook said. “It’s really had a huge impact on the effectiveness and efficiency of my breeding program. I think going forward this genetic technology will continue to advance. I can see in the near future that we are going to have several traits where we can use marker-assisted selection in our conventional peanut breeding programs.”

In his genomics work, Holbrook has worked with other scientists in the development of structured populations and coordinated phenotyping. Holbrook explained that researchers looks at the populations for traits such as yield, disease resistance, seed size and tomato spotted wilt virus.

Scott Jackson, professor of plant genomics at the University of Georgia, explained that DNA molecular markers for traits greatly accelerates the time it takes for breeding improved traits into peanut cultivars.

“If you can select for a trait by using a DNA fingerprint rather than having to go measure the oil content in the seed or expose the plant to disease or expose it to a pest or put it under drought conditions, you save a lot of time and money in selecting for those traits within your breeding program,” Jackson said.

Through genomics, Jackson said, breeders can collect various traits from various wild peanuts and move those traits into cultivated peanuts by using molecular markers. “Breeders can assay every plant and every generation and make sure they have the trait they want.

“I think that we have to first get the information and then we need to come up with a better set of recommendations for growing seed," Jackson said.

In the meantime, Diane Rowland, professor of crop physiology at the University of Florida, is conducting research on the impact of maturity on seed quality.

“We’ve been looking at the difference in function between mature and immature seed. From a physiology standpoint, I’ve been amazed that there has been as much difference as there has been. I think we have been ignoring seed physiology too long,” she said.

Rowland explained that germination is advanced in more mature seeds. “The impact of the difference between the mature seed and immature seed is different among the cultivars,” she said, adding that seed physiology has a bigger impact than many realize.

“The variability that we are seeing in that impact among the cultivars may be some of the issues we have had with certain varieties and the problems that we’ve seen coming out of the breeding program and going into the field . I think that we have to first get the information and then come up with a better set of recommendations for growing seed.”

Steps can also be taken in the shelling process to improve seed quality, she added.