Overall, the 2014 farm bill is friendly to peanuts and should be workable for peanut farmers.If you are going to grow peanuts, you are probably going to want more base acres. 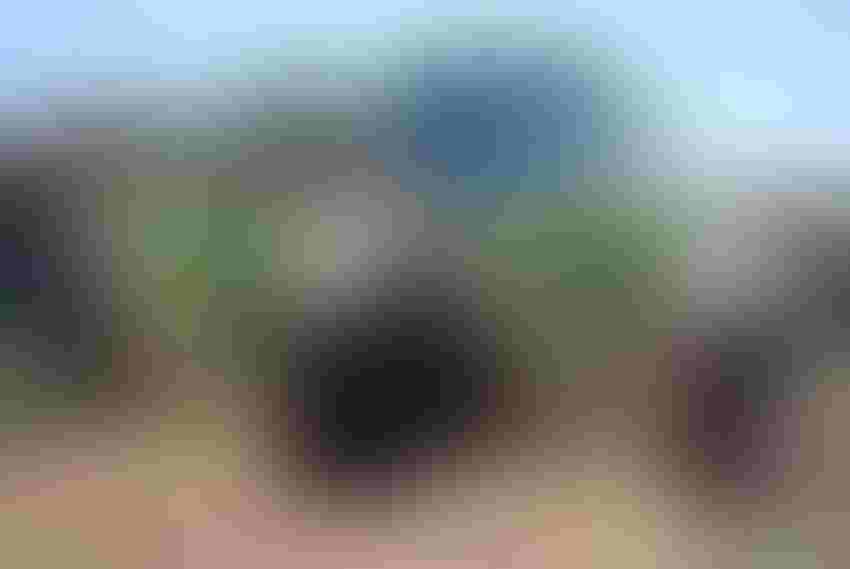 The 2014 farm bill changes the game on much of federal farm program policy, including the policies relating to peanuts. Growers now have more flexibility in their decisions, but that means they must know the new basics of the new policy to make good decisions.

The University of Georgia and the Georgia Peanut Commission held a farm bill meeting specifically related to peanut policy on Feb. 24 in Tifton, Ga. Here are some questions and answers from that meeting:

How good is the 2014 farm bill for peanut farmers?

Overall, the 2014 farm bill is friendly to peanuts and should be workable for peanut farmers. It provides peanuts a safety net with choices like the Price Loss Coverage and the Agriculture Risk Coverage. On the risk-management side, it provides tools for peanut revenue insurance and Supplemental Coverage Option coverage in the crop insurance title. However, newer peanut farmers, or those who started after 2002, are without base of any kind and are not eligible for the program part, but they still have options to use the SCO crop insurance options.

Generic base or non-generic base, what’s the difference?

Generic base is basically the old cotton base, which is now not eligible for PLC or ARC. The farm bill allows generic base to be assigned on a year-to-year basis to a covered farm bill program crop, like peanuts, but to be eligible for benefits the generic base must be planted. Nongeneric base is your traditional base of peanuts, corn, soybean, wheat, oats or covered crop commodities that had base on a farm prior to Sept. 30, 2013.

How often can you change or update base under this farm bill?

You have a one-time election to reallocate base on a farm. You can reallocate your base to represent your four-year average planted acreage between 2009 and 2012 for a covered crop. A farm's reallocated base cannot exceed the farm's base on record, or have more base under the 2014 farm bill, than what was already on the farm Sept. 30, 2013 or before. The generic base doesn’t change and can’t be updated but it can be temporarily allocated on a year-to-year basis to other program-covered crops.

When can a grower update base or yield?

Likely not until after rules and regs by FSA, and all indicators show that it may be well into planting season before those are complete and published. If you don’t already have base, you cannot create new base.

What if you decide to keep base on a farm as it is?

If you (landowner) retain or reallocate base, you (the producer) then have to choose a commodity program or make a program election (i.e.  PLC or ARC).  If you do not make an election then you will automatically be signed up under PLC but not be eligible until 2015 crop.

Why would a peanut farmer update base?

Updating base to reflect the actual acres now grown on the farm will give a stronger safety net for the acres on that farm. If you are going to grow peanuts, you are probably going to want more base acres.

Why would a peanut farmer update yield?

Yields have increased greatly since payment yields were established in 2002, meaning yield would be much lower in a lot of cases than the 2008-2012 average yields, which is what can be used as the benchmark to update yields under the 2014 farm bill.

Can you update wheat, soybean or corn base to peanut?

Yes, you can update those to peanut if you have the history of peanuts in the last four years.

The program payments use the marketing year average price which carries into the summer of the next year. If prices lose coverage payments are triggered under PLC, the payments will be made Oct. 1 or after; same timeframe under ARC, too. This is no different from previous farm bill, but considering this growing season will be the first under the new system, payments will not come out until after Oct. 1, 2015.

Can you retain current base and update yield?

As the law reads now, a grower can retain current base and update yield to reflect current yield trends. You have a one-time opportunity to update payment yield used to calculate PLC payment in 2014 crop year, and if you elect to update yields for PLC, it will be 90 percent of the 2008-2012 average yield.

It is important to note that the USDA Farm Service Agency must now write the rules and regulations they will use to follow the farm bill law passed by Congress. One particular rule FSA will clarify is how non-family members might be eligible for a farm’s program, or the rule to what is the definition of an active on-farm producer who can qualify for programs.

(Photos) Farmers from across the country tour "house that cotton built"

What will the Upper Southeast 2014 crop mix be?