Nebraska Digest: News from the Governor’s Ag Conference, Corn Board, Block and Bridle Club, and UNL. 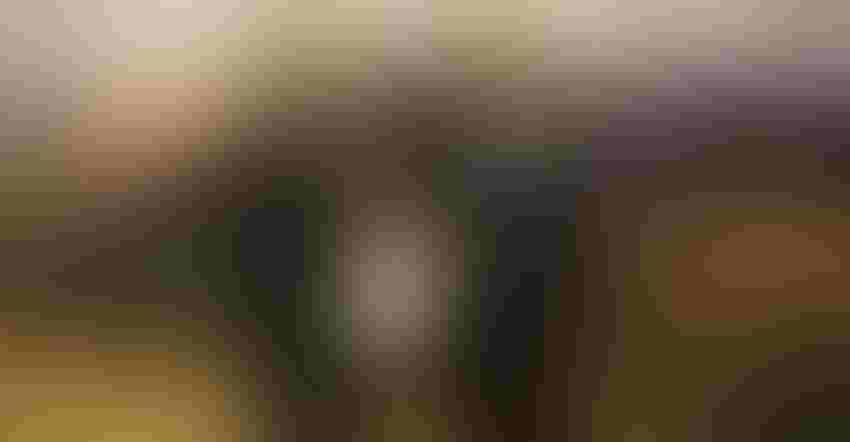 Mitch Stephenson of Scottsbluff, Neb., received an Outstanding Young Range Professional Award at the Society for Range Management’s 71st Annual Meeting, Technical Training and Trade Show in Sparks, Nev., in February. The Outstanding Young Range Professional Award recognizes SRM members who exhibit superior performance and leadership potential in any range-related area. Stephenson has been with the University of Nebraska-Lincoln as an assistant professor in rangeland ecology and management at the Panhandle Research and Extension Center since 2015.

Nebraska Gov. Pete Ricketts was presented with two awards in March honoring his leadership in growing Nebraska agriculture. He received the 2018 Agri-Award at the Triumph of Agriculture Exposition. At the 30th annual Governor’s Ag Conference, he was presented with the Nebraska and Beyond award from the Commodity Markets Council. The Agri-Award was established in 1976 by the Triumph of Agriculture Exposition to recognize individuals and organizations that have made significant contributions to agriculture in the Midwestern area.

The Nebraska Corn Board presented five individuals with awards of ag achievement at its annual awards dinner held in March. Keith Olsen was awarded the board’s highest honor, the Ag Achievement Award, due to his many years of dedicated service to the industry. Olsen served as the Nebraska Farm Bureau Federation president from 2002 to 2011. Sen. Deb Fischer was awarded with the Ethanol Industry Appreciation Award. This year’s Livestock Industry Appreciation Award was presented to Chris Calkins, professor of animal science at the University of Nebraska-Lincoln. Susan Littlefield, farm director with the Rural Radio Network, received the Media Appreciation Award. The Nebraska Agribusiness Appreciation Award was given to Ray Ward, founder of Ward Laboratories Inc.

Greg Ibach, a fifth-generation farmer and rancher from Sumner, Neb., will be honored by the University of Nebraska–Lincoln’s Block and Bridle Club on April 14 at Nebraska Innovation Campus. The Block and Bridle Club’s annual award recognizes an honoree who has contributed to Nebraska agriculture through leadership, service, youth projects, community activities and involvement with the university.

Ibach serves as USDA’s undersecretary for marketing and regulatory programs, where he sets national standards for the marketing of U.S. agricultural products, along with the health and care of animals and plants. He was appointed to assistant director of agriculture by then-Gov. Mike Johanns, and was later appointed director by Gov. Dave Heineman and Gov. Pete Ricketts. Ibach is Nebraska’s longest-serving director of agriculture, with more than 12 years in the role.

For the second year in a row, the University of Nebraska-Lincoln has been named one of the top 50 universities in the world for agriculture and forestry, according to the 2018 QS World University Rankings released in February.

Nebraska tied with the University of Minnesota for 37th on the list, which is two positions higher than 2017. The rankings consider reputation among academics and employers, and the citations of academic papers from the university. The QS World University Rankings are prepared by Quacquarelli Symonds, a leading global higher-education company.