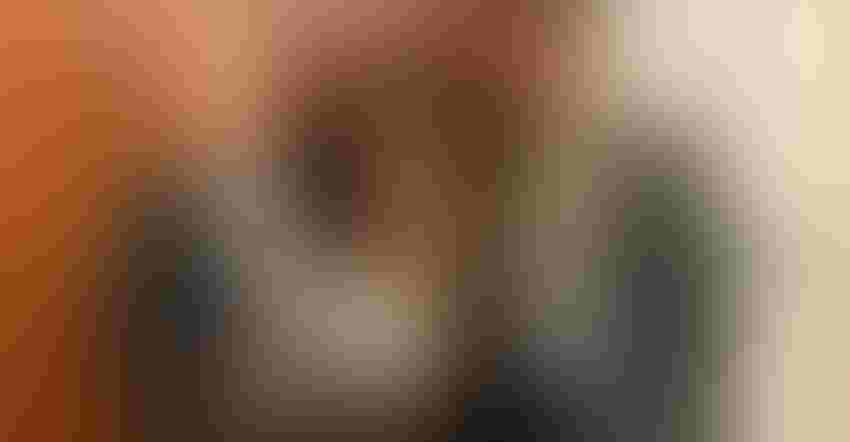 Troy Bancroft, AgroLiquid co-founder and board president, was recently honored by the National FFA Organization with the Honorary American FFA Degree during the 95th National FFA Convention on Oct. 28 in Indianapolis.

The award recognizes those who advance agricultural education and FFA through outstanding personal commitment.

“I am truly honored by this recognition,” said Bancroft, who embraces lifelong learning. “Seeing all the members put in the hard work and time to learn about the industry and grow their knowledge within agriculture really recharges my own ambition for it.”

This passion for education extends to mentoring youth involved in FFA — both on the local and national levels. The award acknowledges Bancroft’s work to positively affect future leaders. He also awards scholarships to youth perusing careers in agriculture through his nonprofit activities.

Michigan’s dairy producers have approved a referendum to continue the Michigan Dairy Market Program for Grade “A” Milk.

The program will continue for an additional five years beginning Jan. 1. The current state program assessment is 10 cents per cwt of Michigan Grade “A” Milk.

Recognizing service, adaptability, collaboration and commitment to customers and stakeholders, the Michigan Department of Agriculture and Rural Development recently recognized its employee award winners, who are nominated by colleagues.

The Leadership Award is designed to provide recognition to staff who are viewed as exceptional leaders by their peers, supervisors and customers. The award recognizes an MDARD employee who rises to a challenge to lead, inspires others to act, and seeks opportunities to innovate and improve areas within the department.

Every Day Hero Award. William Wells of Lansing serves as a departmental technician within MDARD’s Food and Dairy Division.

The Every Day Hero Award affirms the value MDARD has in employees who may not be in the spotlight, yet steadily and faithfully get things done every day. It’s given to an employee who consistently demonstrates dependability, diligence, initiative and teamwork.

The Front Line Ambassador Award is given to an employee who is regularly put in precarious and difficult situations, all the while demonstrating a positive attitude, identifying creative options for resolution and following through with the constituent. The award is not given for a singular achievement or activity, but rather reflects a continuing commitment to the mission and values of MDARD.

Rookie of the Year. Nicole Ballreich of Fowlerville serves as a licensed veterinary technician for MDARD’s Animal Industry Division.

The Rookie of the Year Award recognizes a new employee (on the job less than three years) whose service has set a benchmark for all others to attain. It is designed to provide recognition to those staff who are viewed as up-and-coming leaders within the department.

The board of trustees announced the decision at a special meeting Oct. 31 in the Hannah Administration Building. Trustees unanimously approved her appointment and accepted Stanley's resignation as president.

Tractor Supply launched a new scholarship program in partnership with the National FFA Organization to support the next generation of farmers and students pursuing careers in agriculture and skilled trades. Each year for the next five years, Tractor Supply will commit $1 million to the FFA Future Leaders Scholarship Fund, the largest scholarship of its kind.

Tractor Supply will host an in-store fundraiser each year leading up to the FFA National Convention to raise funds for the FFA Future Leaders Scholarship.

Highlights of the $1 million annual scholarship fund include the following:

Make submissions for 2023 Barn of the Year

The Michigan Barn Preservation Network is taking submissions for its 2023 Michigan Barn of the Year awards, which are presented annually to honor barn owners who have made the extra effort to maintain or restore historic barns.

Nominated barns must be in use, either for continued agricultural use or adapted for other uses. Barns must retain their overall appearance — both in their interior and exterior barn characteristics. Nominations are open to the public, reviewed and determined by MBPN awards committee members.

The categories in which awards are presented are for barns or farmsteads in use for:

Barns will be judged for completeness of information presented in the application, sensitivity and integrity of repairs or modifications, visual appeal, creativity, thoroughness of work, and effort expended to repair and maintain.