&bull; As a result of his success as a diversified farmer, Dixon has been selected as the Tennessee state winner of the Swisher Sweets/Sunbelt Expo Southeastern Farmer of the Year award. 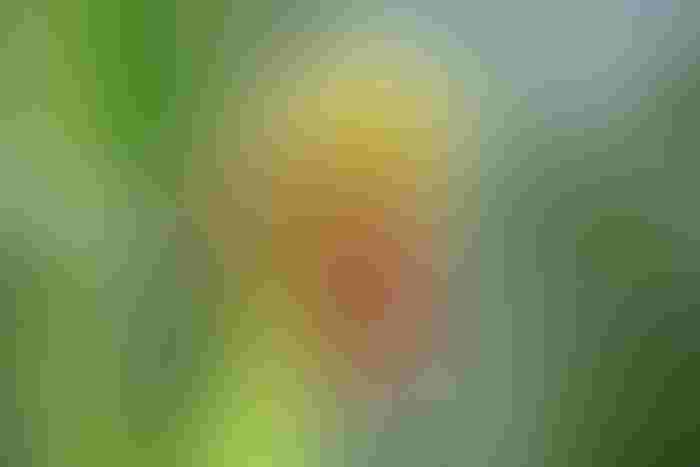 A farmer for 31 years, Steve Dixon of Estill Springs, Tenn., is flexible in his farming operation. He runs a diversified farm with row crops, livestock and an agricultural tourism operation.

As a result of his success as a diversified farmer, Dixon has been selected as the Tennessee state winner of the Swisher Sweets/Sunbelt Expo Southeastern Farmer of the Year award. Dixon now joins nine other state winners from the Southeast as finalists for the award. The overall winner will be announced on Tuesday, Oct. 16 at the Sunbelt Ag Expo farm show in Moultrie, Ga.

His crops last year also included 100 acres of rye straw that yielded 100 bales per acre and 42 acres of hay that yielded two and a half tons per acre.

Dixon started the ag tourism venture, Grandaddy’s Farm, six years ago. It features an annual corn maze along with gourds, squash, flowers and pumpkins that he sells on the farm.

“We grow more than 100 plant varieties on 10 acres there,” he explains. Dixon says 11,000 people visited Grandaddy’s Farm last year. He anticipates 17,000 will visit this year.

Some of its attractions include a nature trail, playground, picnic shelter, a 40-foot slide, pig races, hayrides, farm animals and duck races. Teachers bringing students to the farm receive lesson plans that reinforce what is taught in their classrooms.

“Grandaddy’s Farm is our opportunity to show other people what the Dixon family has enjoyed for so long,” he says.

Dixon grew up on a farm. “It was a life I knew and loved, and I never doubted my career choice,” he says. Some of his early jobs included feeding hogs and harvesting hay. In high school, he sold firewood.

After high school, he raised tobacco and feeder pigs. He grew his first crop at age 19, and four years later he bought his first farm. He sold this farm and bought another in 1993 that is close to his father’s place so they could farm together. Today, they share equipment and labor, but operate separate farms.

Moves in and out of farm enterprises

He has a knack for getting in and out of farm enterprises at the right time. Tobacco, hogs and stocker cattle are some of the enterprises that he built up and then eliminated.

At one time, he had 200 sows and raised five acres of burley tobacco. He raised broiler chickens on contract for a year in a rented house. One year, he sold 5,000 bundles of cornstalks to a wholesale customer for ornamental use.

In past years, he produced stocker cattle. He bought them when they weighed 600 pounds and sold when they weighed 800 to 850 pounds. He discontinued his stocker enterprise to devote more time to Grandaddy’s Farm.

Dixon still has a 20-head beef herd and sells his calves in graded feeder calf sales when they reach about 550 pounds.

“Marketing is important, and my marketing decisions result from much planning and studying,” Dixon says. “I sell grain directly to end-users or processors.” He uses several marketing tools, including forward contracts, on-farm storage, basis contracts, put options and spreads. Spreads involve buying puts and selling calls in the futures markets.

Baled rye and wheat straw add an important value-added component. He sells some 50,000 bales of straw annually, mainly for road construction projects to customers as far away as Birmingham, Ala., and Knoxville, Tenn.

One implement that has helped his straw business has been a Bale Band-It is pulled behind his baler. As the bales exit the baler, they are directed into the Band-It, and when 21 bales are in the chamber, the bales are bundled together in an easy-to-move package. Dixon says this implement eliminates much of the hand labor in handling hay and straw.

Dixon uses no-till planting and grassed waterways to conserve soil. He protects the environment by fencing cattle out of streams and woodlands.

He uses a yield monitor on his combine, along with automated steering and guidance for his sprayer and fertilizer spreader. In recent years, he focused on sampling soil for nutrients in ten-acre and smaller grids.

This year, he started using a Kentucky-based crop consultant service named Wheat Tech to scout his wheat crops and improve the timing of fertilizer, fungicide and insecticide applications.

His farm was selected for Agri-21 Farming Systems sponsored by land-grant universities in the Tennessee Valley region. Selected farms host farm tours, field days and the like to teach sustainable farming practices to other farmers. “I was brought into this program to teach others about effective marketing,” he adds.

In Franklin County, Dixon serves on the County Planning and Zoning Board. He also sits on the local Farm Bureau and Soil Conservation District boards. He is an active member of the Franklin County Livestock Association and has been on a local Extension advisory committee.

He also served on a Farm Credit board and was active in Farm Bureau Young Farmers and Ranchers. He serves on a Tennessee Farm Bureau commodity committee and is a director of the Lower Middle Tennessee Video Board Sale.

Steve and his wife Karen are active members of First Baptist Church in Decherd, Tenn. Karen serves on an advisory committee for Franklin County Extension. In past years, she helped on the farm with tobacco harvesting, hog farrowing and straw baling. Now she mainly works at Grandaddy’s Farm.

Steve and Karen have three young adult children, Andrew, Stephanie and Philip. Andrew also works at Granddaddy’s Farm. Philip is studying diesel mechanics and works on the farm when he isn’t in school. Stephanie is a journalism student at the University of Tennessee.

Robert Burns with the University of Tennessee Cooperative Extension Service is state coordinator of the Swisher Sweets/Sunbelt Expo Southeastern Farmer of the Year award.

Dallas Manning, Tennessee Extension area specialist — farm management, nominated Dixon for the award. “Steve does a good job in production and in his management and marketing,” says Manning. “He does a great job in keeping farm records.”

As the Tennessee state winner of the Swisher Sweets/Sunbelt Expo award, Dixon will now receive a $2,500 cash award and an expense paid trip to the Sunbelt Expo from Swisher International of Jacksonville, Fla., a $500 gift certificate from the Southern States cooperative, and the choice of either $1,000 in PhytoGen cottonseed, or a $500 donation to a designated charity on behalf of our newest sponsor, Dow Agrosciences.

He is now eligible for the $15,000 that will go to the overall winner. Other prizes for the overall winner include the use of a Massey Ferguson tractor for a year from Massey Ferguson North America, another $500 gift certificate from the Southern States cooperative, and the choice of either another $1,000 in PhytoGen cottonseed, or a second $500 donation to a designated charity on behalf of our newest sponsor, Dow Agrosciences.

Swisher International, through its Swisher Sweets cigar brand, and the Sunbelt Expo are sponsoring the Southeastern Farmer of the Year awards for the 23rd consecutive year. Swisher has contributed some $884,000 in cash awards and other honors to southeastern farmers since the award was initiated in 1990.

Tennessee has had two overall winners with Jimmy Tosh of Henry in 1998 and Bob Willis of Hillsboro in 2006.

A distinguished panel of judges will visit the Dixon farm, along with the farms of the other nine state finalists, during the week of Aug. 5-10.

The judges for this year include Charles Snipes, a retired Mississippi Extension weed scientist who is president and research scientist with Stoneville R&D, Inc., from Greenville, Miss.; John McKissick, a longtime University of Georgia Extension ag economist from Athens, Ga.; and farmer Brian Kirksey of Amity, Ark., who was selected as the overall winner in 2008.