Survey shows 2% of Iowa’s expected corn crop was planted as of April 19, a week behind average. 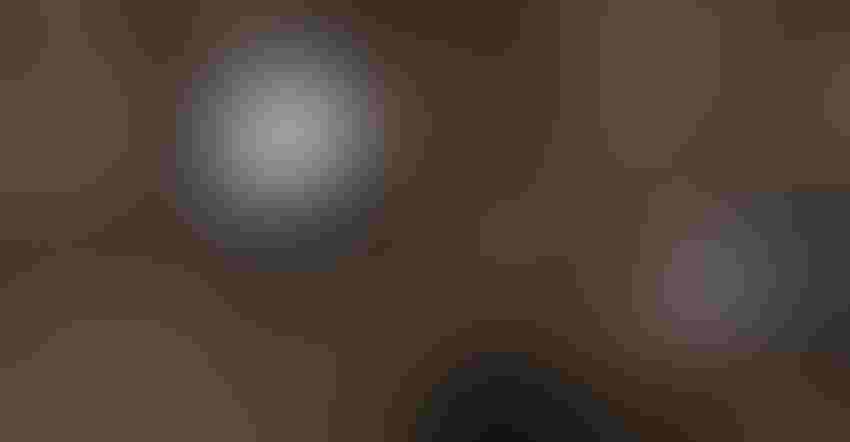 TOO COOL TO PLANT: Soil temperature at 4 inches near Story City on April 18 was about 43 degrees F. It should be 50 degrees and rising for corn seed to germinate. Angie Rieck-Hinz

Iowa has been colder than normal this spring, but a more favorable forecast for this week should see planting progress. Last week, rain and snow limited Iowa farmers to 2.9 days suitable for fieldwork for the seven days ending April 19. Areas of southern Iowa saw a foot of snow from late evening April 16 through the morning of April 17. Where possible in the state, field activities last week included planting, applying anhydrous ammonia and dry fertilizer, spreading manure, and tilling fields.

USDA’s latest weekly Iowa Crop Progress and Conditions Report showed 2% of the state’s expected 2020 corn crop was planted as of April 19, a week behind the five-year average. The complete weekly report is on USDA’s site at nass.usda.gov/ia.

Topsoil moisture last week for the state rated 0% very short, 1% short, 81% adequate and 18% surplus. Subsoil moisture rated 0% very short, 1% short, 80% adequate and 19% surplus. While only 2% of Iowa’s 2020 corn crop had been planted as of April 19, half of Iowa’s expected oat crop was in the ground, three days ahead of last year but one day behind average. And 6% of Iowa’s oat crop had emerged, five days behind average. Livestock producers in southern Iowa reported calving issues due to the snowfall and colder temperatures.

While the cold and snowy weather limited field activities last week, farmers are back in the fields across the state this week, with many getting started on planting. Iowa State University Extension field agronomists share the following reports on what they are seeing and hearing in their respective regions across the state with field conditions and planting progress.

Angie Rieck-Hinz, Region 3: “Soil conditions have been really variable across north-central Iowa, lending to some areas that are ready to plant and others still too wet and too cool. Planting started as early as April 1, some around April 8, but this past weekend I saw a lot of fieldwork and planting starting in earnest.”

“With some corn seed being in the ground last week with the cooler conditions, it will be interesting to see what impacts may occur if the seed had already imbibed water and started to germinate. It’s all about risk and reward. Do you plant earlier to maximize yield potential, but risk planting in less- than-ideal conditions, which could lead to stand loss and hurt yield potential?”

Meaghan Anderson, Region 7: “While corn and soybean planting started in earnest in early April in some parts of central Iowa, the cold and snow last week brought a lot of work to a halt. I scouted some fields last week and the one constant was winter annuals and even some summer annual weeds had emerged and were waiting for herbicide application or a tillage pass. Most species seemed minimally affected by the cold temperatures. I found horseweed [marestail], field pennycress, henbit, dandelion, common lambsquarters, common ragweed, field horsetail and scouring rush during my quick walk.” 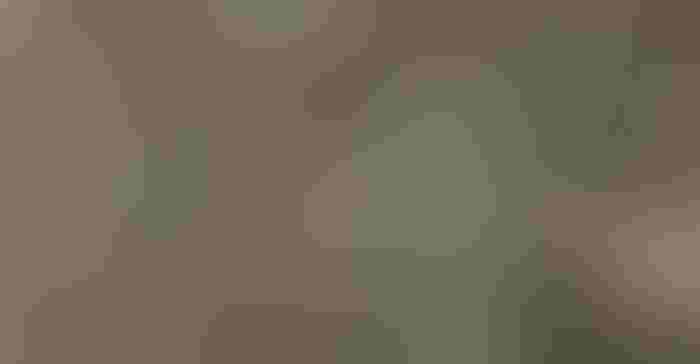 WEEDS START: Horseweed (marestail) along with other winter annuals like field pennycress and henbit are doing quite well this spring.

“Farmers with crops planted before the cold snap will want to keep a close eye on crops as they emerge to look for potential issues from exposure to the cold, wet soils — issues like imbibitional chilling. Fieldwork started again late last week, and field conditions are excellent across most of my area for planting, tillage and spraying. I saw five planters and four field cultivators at work during a drive Monday [April 20] afternoon, and the 4-inch soil temperature in Boone County was just under 52 degrees. I’m hopeful for good planting conditions for all the farmers before the next rainfall. Questions I’ve received in the last week include hay planting, equisetum control near crop fields and herbicide program planning following prevented plant acres.”

Mike Witt, Region 6: “Farmers in western Iowa will be planting and applying herbicides this week with the weather window and opportunities to get started. Soil conditions vary considerably with soil types if they are fit for fieldwork. A main concern is cool wet soils with temperatures in the upper 40s, especially for those wanting to start planting. Optimal soil temperatures [at 4-inch depth] should be 50 degrees and increasing. Planting into cooler and wetter soil leads to concerns about stand loss from imbibitional chilling, slower emergence, potential seedling diseases and compaction. Cutting corners early in a rush to plant may come back to haunt a farmer all year.”

“Cover crops look good around the region with rye averaging around 5 to 8 inches in height, depending upon planting date last fall. Overall, this is a good week to get some field tasks done but proceed with caution.”

Rebecca Vittetoe, Region 8: “As fields are drying out and warming up after last week’s cold and snowy weather, field activities are picking back up. I saw a little bit of everything today from fertilizer applications, spraying and planters starting to roll. Keep an eye on fields as winter annual weeds like chickweed, field pennycress, horseweed are doing quite well. I’ve seen and heard of a little damage to cover crops and some forages with last week’s colder weather; however, what I’ve seen appears to mainly be cosmetic. Questions I’ve had the past week were mainly on soil temperatures and planting, cover crop termination, and spring forage management.”

Virgil Schmitt, Region 9: “We’ve generally had between 1 and 2 inches of rain, with some areas reporting between 2 and 3 inches of rain the past two weeks. There was some hail April 8, but damage was mostly confined to vehicles. Over the last two weeks, there has been quite a bit of fertilizer applied, tillage and burndown spraying. Oats and forage planting are about complete. Some corn has been planted south of Highway 30, as well as quite a few acres of soybeans along and south of Highway 34. In the big picture, less than 5% of either crop has been planted across my region. But there will be a lot of planting activity this week if the rains stay away. The colder weather did little damage to cover crops, perennial crops or to weeds in general. Mustards, dandelions and purple nettle are blooming. Questions have mainly been on fertilizer applications and planting.”

Josh Michel, Region 11: “Fieldwork started early last week throughout most of southern and southeast Iowa. This included fertilizer applications, field prep and even some planting in a few small areas. The recent snowfall and cold temperatures slowed and halted fieldwork. With patience, soil conditions should be fit for fieldwork and planting by the end of this week in most areas. Cool-season grasses in pastures are beginning to green up, and cover crops are doing well. So far, there have been very few reports of any winterkill in alfalfa fields across my region. Recent questions include winter annual spraying, cover crop termination, cover crop grazing, fertilizer management, soil temperatures and planting considerations.”

Check out the map below to find your local ISU Extension field agronomist and find their contact information here. For a look at rainfall totals across Iowa from April 6 to April 20, visit water.weather.gov/precip.