Farmers are ahead of last year with planting, but still behind five-year average for corn and soybeans. 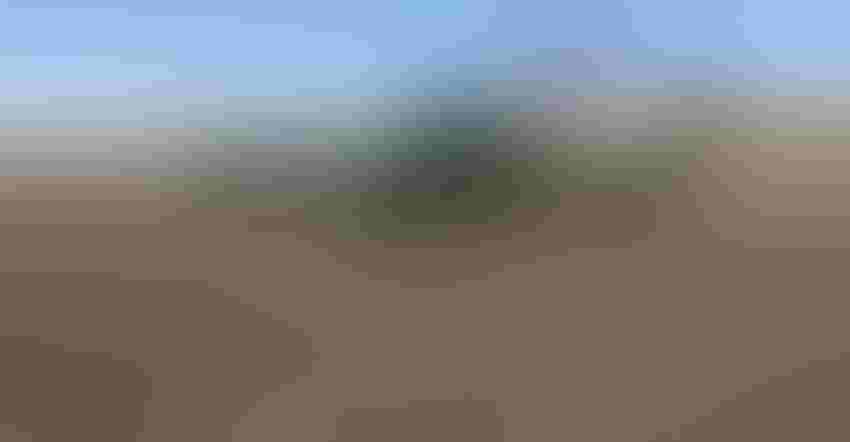 PLANTING PROGRESS:  Drier weather during  the week of April 22-28 in much of Iowa allowed planters to roll.

Planting season 2019 is officially underway in Iowa. After a wet start and delayed fieldwork this spring, drier weather last week allowed farmers to make progress. The weekly statewide USDA survey shows 21% of the corn and 3% of soybeans are now in the ground in Iowa as of April 28. The previous week’s survey showed only 4% of the corn planted and no soybeans.

“With 21% of the corn and 3% of the beans planted, this puts us slightly ahead of last year, when 17% of corn and 2% of beans were planted by the end of April,” notes Iowa Secretary of Agriculture Mike Naig. “Last spring was also wet and delayed. The weather forecast for this week, however, shows that many parts of the state are going to experience wet weather, which will hinder progress.”

Iowa at 21% is now running just a little behind the five-year average of 26% of the corn planted by this time. Nationwide, corn is 15% planted as of April 28, and normal is 27%. The U.S. soybean crop is now 3% planted. “We can plant a lot of crop in a short period of time, once the weather allows,” says Jim Justus, a Scott County farmer.

Favorable weather conditions at the beginning of last week allowed Iowa farmers to make planting progress, according to USDA’s National Ag Statistics Service, which conducts the weekly survey. However, rain and snow over the weekend created fieldwork delays. Statewide there were 4.3 days suitable for fieldwork during the seven days ending April 28. Activities for the week included hauling manure, applying anhydrous, performing tillage and planting.

Iowa farmers have planted 21% of the state’s expected 2019 corn crop, two days ahead of last year but two days behind the five-year average. Central, south-central and southeast Iowa farmers already have at least one-third of their corn planted. Northwest and north-central Iowa have only 8% of their corn in the ground; northeast Iowa is 5% planted.

Pasture condition is rated 3% very poor, 6% poor, 35% fair, 46% good and 10% excellent. Pasture growth has been slow in much of Iowa this spring. Feedlot conditions have improved this past week.

According to Justin Glisan, state climatologist for the Iowa Department of Agriculture and Land Stewardship, the last full week of April experienced wetter-than-average conditions across parts of northern and eastern Iowa, and near to drier-than-average conditions moving south. For the week ending April 28, temperatures also varied across the state, with southern Iowa a few degrees warmer than average. The rest of Iowa was near normal.

A low-pressure center spun through Iowa on Monday (April 22), leaving measurable rainfall across much of the state’s northern half. Rainfall totals were generally in the range of 0.2 to  0.6 inch, with a few stations reporting over an inch. Bellevue Lock and Dam (Jackson County) reported 1.37 inches of rain, 1.25 inches above average.

A cold front entered northwest Iowa overnight into Thursday, marking a return to a more active weather pattern through the end of the week. Rain totals prior to 7 a.m. on Thursday ranged from 0.18 inch in Sheldon (O’Brien County) to 0.7 in Rock Rapids (Lyon County). As the front moved through the state, measurable rain fell across much of Iowa with heavier amounts in the northwest and southeast. Salem (Henry County) reported 0.45 inch.

Friday began clear and cooler with cloud cover and spotty rain showers moving into western Iowa ahead of the next system to impact Iowa. This late-season storm brought snow across northern Iowa with the northeast receiving amounts between 2 to 5 inches; Dubuque (Dubuque County) reported 5 inches.

Much of Iowa also received measurable rainfall, generally between 0.2 to 0.5 inch. Overnight lows were below freezing for the northern two-thirds of Iowa. Sunday was cold statewide with daytime highs in the upper 40s north to mid-50s south, 10 to  20 degrees below average.

Temperatures for the week averaged 53 degrees, or 0.8 degree cooler than normal. Statewide average precipitation was 0.73 inch, while normal for the week is 0.94 inch. The week’s high temperature of 79 degrees was in Spencer (Clay County) and Sioux City (Woodbury County) on the April 24 on average 14 degrees warmer than average. Stanley (Buchanan County) reported the week’s low temperature of 22 degrees on the April 28, 18 degrees below average. Maquoketa (Jackson County) had the week’s highest precipitation total of 2.31 inches, 1.53 inches above average.