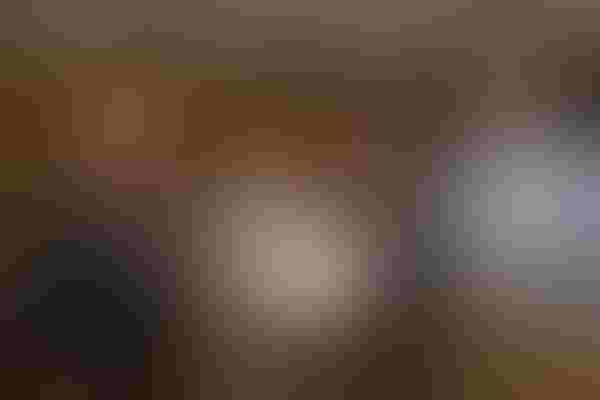 The awards luncheon, always a highlight of the annual Texas Plant Protection Association Conference, recognizes individuals who have made outstanding contributions to Texas agriculture during the year, and across a career in the case of the TPPA’s highest honor, Norman Borlaug Lifetime Achievement Award, which was given posthumously this year to Dr. Tom Cothren.

Cothren, a Texas A&M AgriLife plant physiologist, played a major role in the TPPA conference over the years and received the TPPA Academic Award in 2006. He earned a Bachelor’s degree in Chemistry from East Central University in Ada, Oklahoma, in 1966. He received a Master of natural science and Ph.D. in botany (Plant Physiology) at Oklahoma State University.

He came to Texas A&M in 1982 after serving on the faculty at the University of Arkansas. During his years of teaching and research, Cothren received many honors including Fellow of American Society of Agronomy, Fellow of Crop Science Society of America, Outstanding Research Award in Cotton Physiology and the Special Achievement Award for Teaching from Texas A&M. He served on the Faculty Senate at Texas A&M. His most important achievement was the close relationships he maintained with his students and co-workers.

His family accepted the Borlaug Award in his memory.

The Ray Smith Leadership Award went to Donnie Dippel. Dippel begin his relationship with the industry when he was with Texas Department of Agriculture. He served on the TPPA Board as the TDA representative in the early years of the conference.

Dippel now serves as president of the Texas Ag Industry Association and as the CCA program manager.

The Ray Smith Leadership Award, named in honor of TPPA Board Chairman, Ray Smith, is awarded from time to time to individuals that have made special contribution to Texas Agriculture.

Dippel was cited for his work following the West, Texas, nitrate fertilizer facility explosion. Dippel worked tirelessly with members of Congress and with the Homeland Security Committee to help safeguard the industry’s interest. His efforts have been geared toward maintaining a narrow focus on any legislation and not to affect other fertilizer or chemicals that the industry provides to farmers and ranchers.