University of Georgia crop enterprise budgets show peanuts leading the way in terms of returns returns above variable costs.Growers should plug in their own numbers to get a more accurate view of which crops will perform best in their operations.&nbsp;&nbsp; 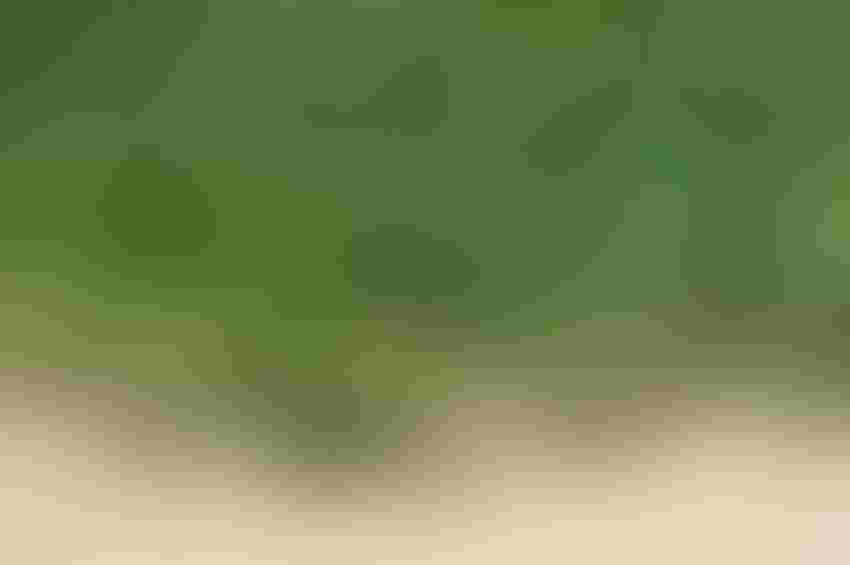 The competition among crops for lower Southeastern acres doesn’t appear to be as fierce as in recent years, according to enterprise budgets from the University of Georgia.

In fact, peanuts — even in the midst of a continuing excess in supply — lead the pack this year, followed by cotton, corn, soybeans and sorghum

“For irrigated peanuts, we had a 4,500-pound average for last year’s budget, but with the success of the Georgia 06G variety and the fact that it makes up more than 80 percent of our acres, we raised the average yield this year to 4,700 pounds. We used a $440 average as an expected price, thinking we’d probably see a range of $425 to $450," said Nathan Smith, a farm economist with UGA Cooperative Extension.

“We have an expected price of $4.60 for corn, which might be a little optimistic. But we feel like we’ll do a little better in terms of prices in south Georgia than in north Georgia. We also estimated expected prices of $10.80 for soybeans, $4.17 for grain sorghum and $5.65 for wheat,” says Smith.

Cost of seed should not change much for peanuts as shelled prices are around 50 cents per pound, he says. “They actually could go lower based on the relationship with the shelled market. However, costs are usually sticky; 70 to 75 cents per pound is the likely range.

“Variable costs are expected to be less for crops except for peanuts. Fertilizer prices are expected to average less in 2014 as well as diesel fuel. These cost categories affect cotton and corn more than peanuts. Chemicals and seed will see increases in the more popular products and varieties while others will decrease.”

Returns shown above variable cost and not profits

He encourages growers to plug their own numbers into crop enterprise budgets, keeping in mind that the returns shown are above variable costs and not profits. It does not include fixed costs or land rents.

“For dryland budgets, we raised the expected yield from peanuts to 3,400 pounds per acre and 750 pounds for cotton. So peanuts look a little better even at our expected prices,” he says.

To equal the return on peanuts, says Smith, you would need above 80 cents on non-irrigated cotton and at least 76 cents on irrigated cotton, using the expected yields in the budgets.

“So if we see the cotton market improving a little bit, at 78 to 80 cents, peanut contracts, hopefully, would improve. For corn, we’d basically need to be above $5 per bushel to be equal at those yields. For soybeans, only irrigated would be competitive considering where prices are right now. You’d need $11.50 per bushel to equal $440 on peanuts,” he says.

Looking at acres for this spring, Smith says University of Georgia economists believe the state’s cotton crop will drop some or stay close to the same as in 2013.

“I feel like we’ll drop below 400,000 acres with corn, so I’m estimating 385,000 acres,” says Smith. “We’ll probably be up by about 15 percent in peanuts, about the same on grain sorghum, up some in soybeans, at about 13,000 acres in tobacco, and growers reported about 270,000 acres of wheat plantings. We’d probably have more soybeans coming in if we had more wheat acres planted.”

Smith stresses that the UGA budget estimates are intended only as a guideline, as individual operations and local input prices vary across the state. Growers are encouraged to enter their own numbers into the budgets to determine their expected costs and returns.

“Given these expected prices and costs, peanuts look to be the highest return above variable costs for 2014. The main reason is the increase in yield expectations. However, prices for cotton, corn and soybeans have been in a downtrend and are looking for the bottom. Where they are at planting time may be different. Actual returns would change as price, yield and cost changes.

Links for the 2014 UGA Crop Budgets and the 2014 Crop Comparison Tool are:

Corn growers can hit higher yields, but they have to earn’em

Farm bill’s done, but what should farmers know about it