&bull; Statewide, South Carolina farmers averaged only 23 bushels of soybeans per acre last year &mdash; the lowest in the Southeast, and too low under any economic conditions.&bull; With beans consistently selling in the $10-13 per bushel range, low yields can cost growers real money. 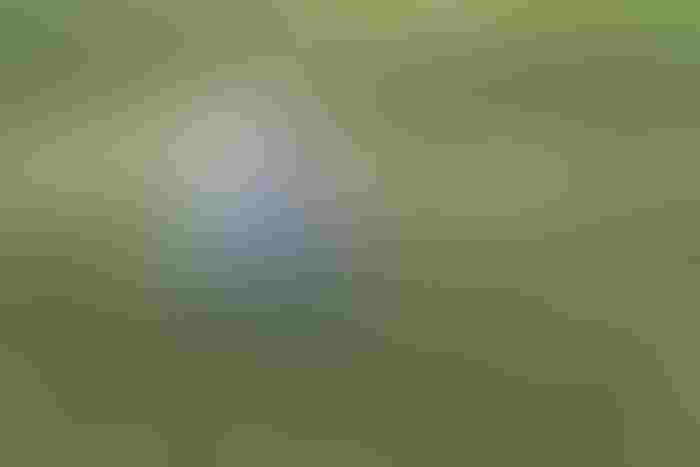 Clemson University agronomic crops researcher and assistant professor Pawel Wiatrak pushes his hat back a notch and in his best Polish-American Southern brogue puts his message in terms easily understood by the 200 or so farmers attending a field day at Florence, S.C.’s PeeDee Agricultural Research Center.

“Do you want to make more money growing soybeans,” he asks? “If so, I’ll tell you how you can do it.” And he does, offering growers research-proven, money-making seeding rate, timing of planting, and varietal information.

Statewide, South Carolina farmers averaged only 23 bushels of soybeans per acre last year — the lowest in the Southeast, and too low under any economic conditions, says Wiatrak. With beans consistently selling in the $10-13 per bushel range, low yields can cost growers real money, he says,

“In South Carolina, Group V and VI varieties offer top yield performance when full-season planting occurs from May 1 until June 10. Hitting a 40-day window shouldn’t be too difficult, but getting the timing right is only part of the solution to low yields.”

Group VII and VIII varieties are recommended for later planting dates to allow adequate stem elongation prior to flowering. However, research has shown about a one-half bushel loss in yield potential for each day of planting delay after mid-June.

For soybeans planted after June 10, seeding in row widths greater than 30 inches is discouraged because the crop is not likely to lap the row middles and produce yields equivalent to soybeans planted with a grain drill under a shortened growing period.

Regardless of row width, planting after July 1 will not allow adequate growth prior to flowering and yields will be greatly suppressed. Canopy development ceases near pod initiation and wide row soybeans fail to harvest sunlight from the row middles. The end result is reduced yield, he explains.

After the June 10 deadline for planting, drilling beans into narrow rows has consistently produced a 10 percent to15 percent higher yield in research tests in South Carolina.

Seeding rate is another key to higher soybean yields in the Deep South, he says. The old standard of planting pounds of seed per acre is a good recipe for reduced yields, he says.

“Seeding rates based on pounds per acre can cause an inadequate or excessive population. In addition, it may lead to an added expense, especially when using Roundup Ready varieties in which a technology fee is assessed to each bag of seed purchased.”

Each variety has different seed weight

Following is Wiatrak’s guide for seeding rate, based on row width:

Soybean seed should be planted about 3/4 inch to 1 inch deep in soil moisture adequate for both germination and emergence.

“Follow this rule of thumb for determining if moisture is ideal for planting: a handful of a typical sandy loam soil, with optimum moisture for planting, should ball up and then fall apart as you form and then release a tight fist,” he says.

Double-cropping soybeans behind a winter crop, most often wheat, can be the proverbial blessing or curse, depending on how soybeans are managed in the Deep South, he says.

It is estimated two-thirds of the soybean crop in South Carolina is planted in June behind wheat. While planting date alone may account for most of the traditionally low statewide yield for soybeans, it doesn’t have to be that way, says Wiatrak.

Likely a major cause of the low double-crop yields is the high percentage of double-crop beans planted in a no-till system, he says. Once considered not feasible for high soybean yields, new and improved drills, varieties and deep tillage tools can be used to offset this yield drag.

“The sandy soils typical of the southeast Coastal Plains are inherently low in fertility and water holding capacity,” he says. “They are also subject to leaching and often exhibit significant runoff during the growing season, when most rainfall comes as thunderstorms.”

The organic matter content of the topsoil for these soils is low (usually less than 1 percent), and with excessive tillage the figure may be closer to 0.5 percent. This situation results in poor soil tilth and reductions in rainfall infiltration potential.

Using new technology or adapting old equipment to technology can make a big difference in yield of soybeans planted behind a grain crop, Wiatrak says.

Plows equipped with coulters for cutting through surface residues, actually lift the soil and then drop it as they are pulled through the field. This action shatters hardpans, similar to dropping concrete on them.

This effectively loosens the soil above the shanks or wings. Thus, there is almost a broadcast type (about 70 percent of the soil is affected) of deep tillage vs. the furrow type of tillage with conventional shank subsoilers, he says.

Despite the emphasis on planting date and seeding rate, Wiatrak says all the factors affecting yield are predicated on selecting the right variety to fit how and when soybeans are planted in the Deep South.

“Maximum yield potential can better be achieved if farmers choose nematode, disease resistant, top yielding varieties that match the soil, pest, and managementl conditions (planting date and seeding rate). Selection is complicated because there are more than 100 commercially available varieties.”

Growers are urged to evaluate varieties tested at three sites: the Edisto Center at Blackville, the PeeDee Center at Florence, and the Calhoun Research Area on the Clemson campus. Soybean varieties are tested for many growth factors in addition to yield, and there is a wealth of information on which growers can base variety selection.

Wiatrak says the following steps should be referenced when selecting varieties:

1.) Select nematode-resistant varieties for fields where parasitic nematodes (soybean cyst, southern and peanut root-knot, Columbia lance, or reniform) have been identified as a problem.

2.) Select varieties that are high yielding over multiple years, environments, and locations.

3.) Consider varieties with good tolerance to diseases, lodging, and shattering.

4.) Select varieties appropriate for the time of planting: Maturity Group IV and earlier for April 15 through May 10; MG V to VI for May 1 through June 10; and MG VII through MG VIII for June 1 through July 1.

Choosing the right varieties and following research-proven guidelines for increasing yield may be the special attention Deep South soybeans need to push yields up and increase profitability.