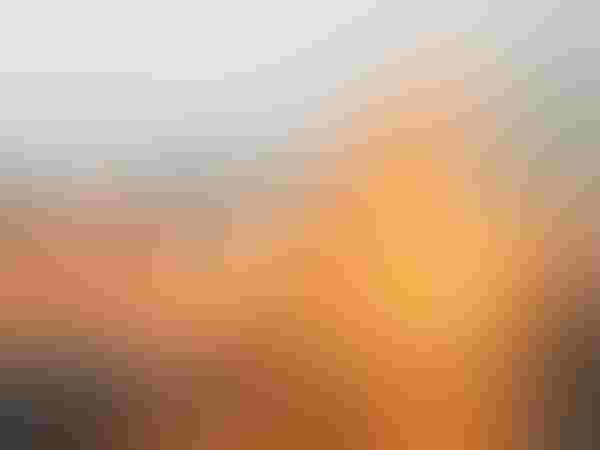 From Feb. 21 through Feb. 28, the Texas Forest Service responded to 63 fires on nearly 140,000 acres -- mostly in the Panhandle and Rolling Plains.

Some of the fires were very large. On Feb. 28, the Forest Service reported 30,000 acres and 30 homes were lost in Potter County, north of Amarillo. In Motley County, wildfires burned 40,000 acres, and the entire town of Matador had to be evacuated.

Though most of the fires have been in the Panhandle and Southern Plains, the conditions that bred the wildfire—drought, large amounts of dry grass and high winds—were posing similar risks for most of the state, according to Texas AgriLife Extension Service personnel.

For example, in Mitchell County, wildfires north of Colorado City, west of Abilene, burned 7,000 acres. The wildfire started from sparks when high winds—50 mph or better—jolted electrical power lines together, according to John Senter, AgriLife Extension agent for agriculture and natural resources in Mitchell County. But the situation that bred the fires began with unseasonable rains last November.

"Certainly, when we got rain at that time it was welcome," he said. "Certainly it was good to grow some late-season forage for livestock and provided a boost to late season cotton that really paid off well."

But since then, the region has been abnormally dry.

"So in essence what those rainfalls did was create a tremendous amount of fuel in our turn-rows, in our native pastures and in our lawns, and that's what fed the fires Sunday evening," he said.

Most of the fires in Mitchell County were concentrated north of Colorado City, Senter said. But with the dry conditions and high winds, the fire quickly got out of control.

"In retrospect it would have been good if we hadn't had those November rains, but then we wouldn't have had the good cotton and wheat yields," he said. "Getting rid of those large acreages of dry grass just simply wasn't feasible."

Burn bans were in effect in 144 counties as of Feb. 28, according to the Forest Service.